Half of mobile clinic patients with the condition said they didn't know they had it, study finds 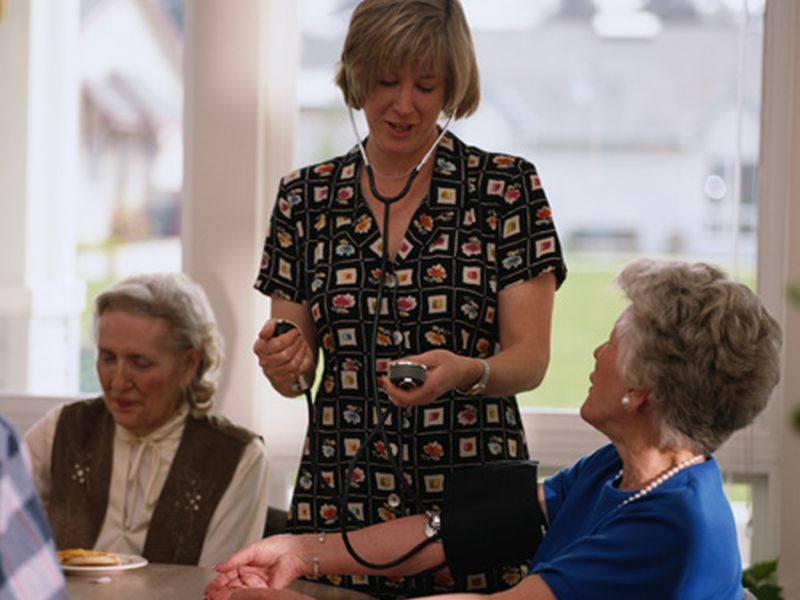 WEDNESDAY, Jan. 11, 2017 (HealthDay News) -- Half of people tested at mobile clinics were unaware they had a condition that's often referred to as a "silent killer" -- high blood pressure, a new Canadian study reveals.
High blood pressure, also called hypertension, puts extra strain on the heart and blood vessels. This increases the risk for heart attack and stroke, the researchers said. But the disorder rarely causes noticeable symptoms.
The serious risks posed by untreated high blood pressure are often misunderstood. The public needs greater awareness about the condition, the study authors said.
For the study, the researchers measured the blood pressure of almost 1,100 volunteers. The measurements were taken at mobile clinics that the researchers had set up at shopping malls, workplaces, hospitals and community centers in a large city.
The study revealed that 50 percent of the participants were unaware they had high blood pressure. Of these people, 2 percent were at very high risk for health complications.
The findings were published online Jan. 5 in the American Journal of Hypertension.
"What is particularly significant about this study is that a surprisingly large number of participants exhibited some type of hypertensive urgency or emergency," study author Dr. Grant Pierce said in a journal news release. Pierce is executive director of research at St. Boniface Hospital in Winnipeg.
Most of the people with high blood pressure weren't being treated even if they had been diagnosed. The study authors suggested that either these people didn't fully understand their condition, or they didn't understand the health consequences associated with high blood pressure.
"Many of the participants were either unaware of their condition or simply not adherent to their medications," said Pierce.
"Based on these findings, we determined that a mobile hypertension clinic provides a valuable platform for identifying hypertension in the general public, as well as insight into the management of this condition," he said.
SOURCE: American Journal of Hypertension, news release, Jan. 5, 2017
HealthDay
Copyright (c) 2017 HealthDay. All rights reserved.
News stories are written and provided by HealthDay and do not reflect federal policy, the views of MedlinePlus, the National Library of Medicine, the National Institutes of Health, or the U.S. Department of Health and Human Services.