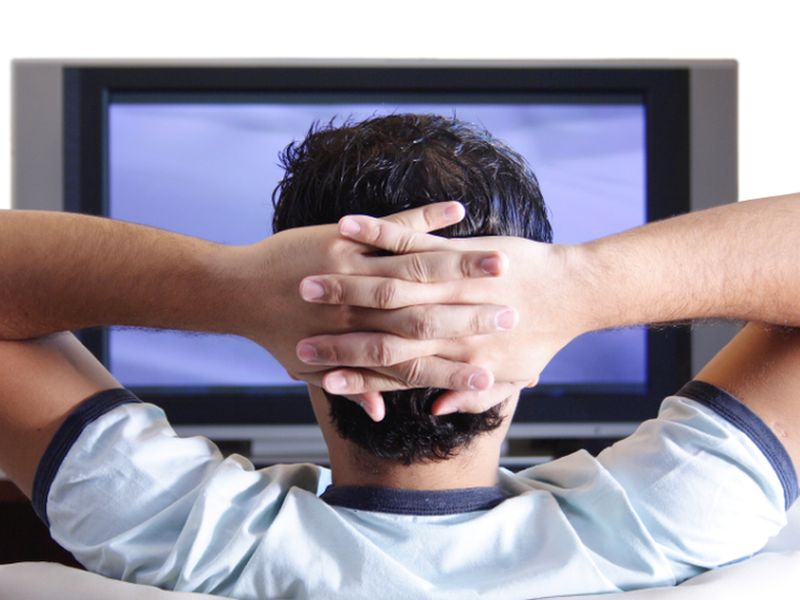 THURSDAY, Jan. 27, 2017 (HealthDay News) -- Parking yourself in front of the TV may make you as likely to develop dementia as people genetically predisposed to the condition, a Canadian study suggests.
In a study of more than 1,600 adults aged 65 and older, those who led a sedentary life seemed to have the same risk of developing dementia as those who carried the apolipoprotein E (APOE) gene mutation, which increases the chances of developing dementia.
Conversely, people who exercised appeared to have lower odds of developing dementia than those who didn't, the five-year study found.
"Being inactive may completely negate the protective effects of a healthy set of genes," said lead researcher Jennifer Heisz, an assistant professor in the department of kinesiology at McMaster University in Hamilton, Ontario.
However, the study didn't prove that lack of exercise caused dementia risk to increase. It only found an association between the two.
The APOE mutation is the strongest genetic risk factor for vascular dementia, Lewy body dementia, Parkinson's disease and, especially, Alzheimer's disease, the researchers said.
People with a single APOE "allele" may have a three to four times increased risk of dementia than non-carriers, the study authors said.
How exercise may reduce the risk for dementia isn't known, Heisz said.
These study results, however, suggest that your physical activity level can influence your dementia risk as much as your genetics, Heisz said. "You can't change your genes, but you can change your lifestyle," she added.
The kind of exercise that's best isn't known, although the people who were physically active in the study reported walking three times a week, Heisz said.
"Which means you don't have to train like an Olympian to get the brain health benefits of being physically active," she said.
The report was published Jan. 10 in the Journal of Alzheimer's Disease.
Dr. Sam Gandy directs the Center for Cognitive Health at Mount Sinai Hospital in New York City. He said the study findings aren't "really a surprise, but it is good to see it proven."
Other scientists showed some years ago that people with the APOE mutation could virtually erase the risk of developing amyloid plaques in the brain if they became regular runners, Gandy said. Amyloid plaques are one of the hallmark signs of Alzheimer's.
"That was an amazing report that, I believe, has been underpublicized," Gandy said.
However, this new study suggests that if you are blessed with genes that lower your risk for Alzheimer's, you could lose that benefit if you don't exercise, he said.
"I cannot understand why the fear of dementia is not sufficient to induce everyone to adopt a regular exercise program," Gandy said.
"I tell all my patients that if they leave with one, and only one, piece of advice, that the one thing that they can do to reduce their risk of dementia or slow the progression of dementia is to exercise," he said.
About 47.5 million people around the world are living with dementia, the researchers said, and that number is expected to surge to 115 million by 2050. With no known cure, there's an urgent need to explore, identify and change lifestyle factors that can reduce dementia risk, the study authors said.
SOURCES: Jennifer Heisz, Ph.D., assistant professor, department of kinesiology, McMaster University, Hamilton, Ontario, Canada; Sam Gandy, M.D., Ph.D., director, Center for Cognitive Health, Mount Sinai Hospital, New York City; Jan. 10, 2017, Journal of Alzheimer's Disease
HealthDay
Copyright (c) 2017 HealthDay. All rights reserved.
News stories are written and provided by HealthDay and do not reflect federal policy, the views of MedlinePlus, the National Library of Medicine, the National Institutes of Health, or the U.S. Department of Health and Human Services.