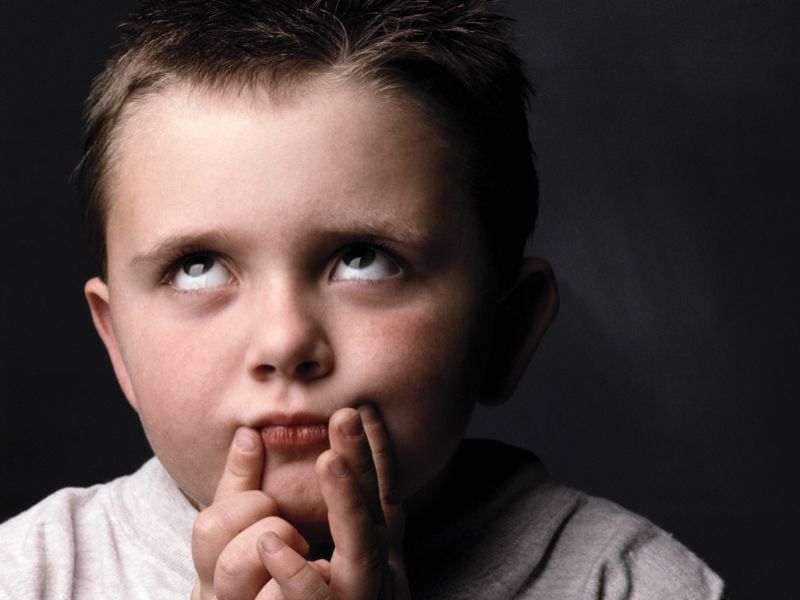 THURSDAY, Jan. 26, 2017 (HealthDay News) -- Kids with attention-deficit/hyperactivity disorder account for more than 6 million physician office visits a year in the United States, say U.S. health officials.
An average 6.1 million trips to a doctor, pediatrician or psychiatrist by children aged 4 to 17 in 2013 involved treatment for diagnosed ADHD, according to a report from the U.S. Centers for Disease Control and Prevention.
The number represents 6 percent of all kids' visits to the doctor in 2013, said senior author Jill Ashman. She is a statistician with CDC's National Center for Health Statistics (NCHS).
The percentage has increased from a decade earlier, when 4 percent of physician visits were related to ADHD treatment, she said.
"It has increased," Ashman said. "It went from 4 million to 6 million visits per year."
ADHD is characterized by inattention, overactivity and impulsivity that can interfere with learning and relationships. In most children, recommended treatment includes a combination of parent/teacher training, and medication for the child, according to the CDC.
The new study found that eight out of 10 doctor visits for ADHD wound up with a prescription for a central nervous system stimulant drug, the most commonly prescribed medications for the disorder. Ritalin (methylphenidate), Focalin (dexmethylphenidate) and Adderall (amphetamine /dextroamphetamine) are in this class of medication.
However, these numbers do not reflect either the number of kids diagnosed with ADHD or the number on an ADHD drug, Ashman and child psychiatrists noted.
The study was intended to assess the amount of child health care directed to ADHD, and does not speak to whether the disorder is being overtreated or undertreated, Ashman said.
Dr. Jeffrey Newcorn, of the Icahn School of Medicine at Mount Sinai in New York City, said that the average 6.1 million visits could involve multiple trips by the same kids, and that could also lead to an overestimation of visits apparently linked to ADHD drug prescriptions. Newcorn is director of the ADHD and learning disorders division at the school.
Kids taking ADHD drugs visit the doctor more frequently to make sure their dosage is correct and the medication is working, Newcorn noted.
"I think it's likely the case that medication visits are over-represented in a database of doctors' office visits," Newcorn said. "If you were seeing a primary care physician and you weren't taking medicine, you probably wouldn't need that visit."
According to prior CDC research, 6.4 million children were reported by parents to have received a diagnosis of ADHD at some time.
This new research finds that the ADHD visit rate was more than twice as high for boys as for girls. Boys visited the doctor at a rate of 147 per 1,000, compared with 62 per 1,000 for girls.
Newcorn said these numbers seem to indicate that girls with ADHD are being identified and treated.
"We think the actual gender ratio of ADHD is about two boys to one girl, but in some settings there are far more boys than girls," Newcorn said. "The fact that these numbers are pretty close to the accepted gender ratio suggests that girls with ADHD are being identified and treated. It's not only a disorder of boys."
About 48 percent of visits for ADHD by kids were with pediatricians. Thirty-six percent were with psychiatrists and 12 percent were with family doctors, according to the study published in the January NCHS Data Brief.
The study also shows that a good number of kids with ADHD are also troubled by other mental health disorders.
About 29 percent of ADHD visits also included diagnosis of another mental health problem, the researchers found. These included mood disorders, anxiety and emotional disturbance.
Despite this added detail, a New York specialist concluded that the report "raises more questions than it answers."
"The report identifies some of the secondary psychiatric conditions seen in some of these children, but there is no mention of many of the common conditions that are seen in children with ADHD," said Dr. Andrew Adesman.
These other conditions include sleep difficulties, motor coordination weaknesses, oppositionalism and learning disabilities, said Adesman. He is chief of developmental and behavioral pediatrics at Cohen Children's Medical Center in New Hyde Park, N.Y.
"It is revealing that more than 6 million physician office visits were needed for children with respect to their ADHD," Adesman said. "Unfortunately, this report does not identify how many children with ADHD were unable to see a physician for evaluation or treatment, or how much difficulty families had getting the medication that was recommended by their physician."
SOURCES: Jill Ashman, Ph.D., statistician, U.S. National Center for Health Statistics; Jeffrey Newcorn, M.D., director, division of ADHD and learning disorders, Icahn School of Medicine at Mount Sinai, New York City; Andrew Adesman, M.D., chief, developmental and behavioral pediatrics, Cohen Children's Medical Center, New Hyde Park, N.Y.; January 2017, U.S. Centers for Disease Control and Prevention's National Center for Health Statistics NCHS Data Brief
HealthDay
Copyright (c) 2017 HealthDay. All rights reserved.
News stories are written and provided by HealthDay and do not reflect federal policy, the views of MedlinePlus, the National Library of Medicine, the National Institutes of Health, or the U.S. Department of Health and Human Services.