Older women who thought their memory was worse than average had greater risk of problems, study found 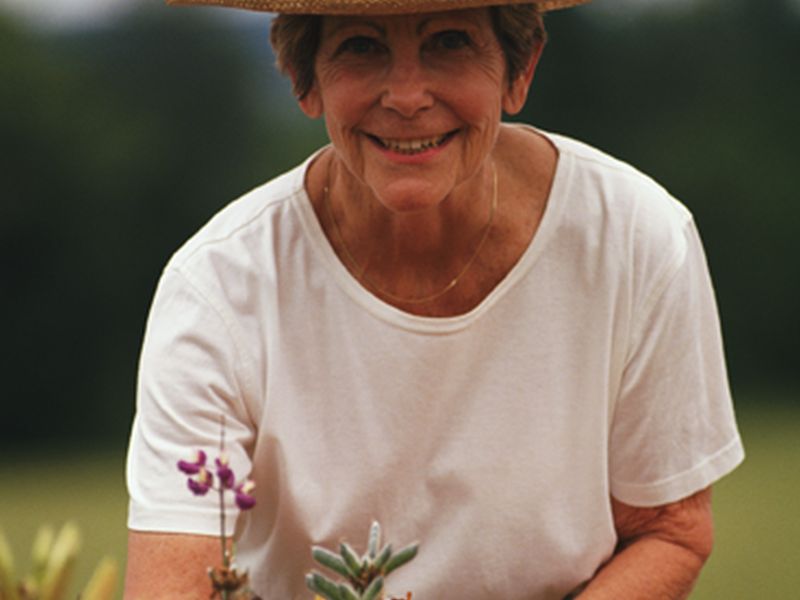 WEDNESDAY, Oct. 28, 2015 (HealthDay News) -- For some older women, feeling unusually forgetful may be a sign that dementia will develop later on, a new study suggests.
"We studied older women who noticed themselves having memory problems but who still performed normally on a standard test," said Allison Kaup, an assistant professor of psychiatry at the University of California, San Francisco School of Medicine. "These findings raise the possibility that memory complaints in older adults may be a very early symptom of a memory disorder that is just starting to gradually develop."
But Kaup stressed that common memory problems, such as forgetting names, do not indicate that a person will definitely develop dementia.
For the study, published online Oct. 28 in the journal Neurology, researchers tracked more than 1,100 women 65 and older who had normal brain function when the study began. Over the next 18 years, at four different times, the women answered the question, "Do you feel you have more problems with memory than most?"
"This simple question likely did not capture all the complexity that may be important in understanding an older individual's concerns about their thinking skills," Kaup said. "How to best measure subjective memory complaints is an important question that is still being researched."
As the study ended, the women took several tests to determine whether they had dementia or what's called mild cognitive impairment, the middle step between normal aging and dementia.
At the start of the study, 8 percent of the women answered yes to the question concerning memory problems. These women were almost twice as likely to have mild mental impairment or dementia 18 years later, even after investigators excluded those women with depression, the study found.
Among those who answered no at the start of the study, 38 percent developed mental impairment by the end of the study, compared with 53 percent who had answered yes, Kaup said.
Furthermore, women who answered yes to the question later on in the study also were found to have a higher risk of dementia, the findings showed.
The researchers found mental impairment in 65 percent of the women who said they were having memory problems four years before the end of the study. Among those who did not report memory difficulties four years before the study ended, only 34 percent developed cognitive ("thinking") impairment, Kaup said.
The study findings suggest that women's memory disorders could be identified sooner, said Dr. Luca Giliberto, an attending neurologist at Cushing Neuroscience Institute in Manhasset, N.Y.
"This could lead to further screening of these patients in order to figure out what type of cognitive impairment they bear," said Giliberto, who was not involved in the study. "We are not necessarily talking about Alzheimer's disease only."
Some past studies have found similar results with men, Kaup said, but there is also some evidence that dementia may differ between men and women.
Other studies have also found similar correlations among different ethnic groups, Giliberto said, but the follow-up period for studies with men and various ethnic groups were usually much shorter.
"I cannot think of a specific reason why men should behave differently than women in this aspect, once all the other confounders are accounted for," Giliberto said. "Only a similar study in men can answer the question."
But the study's results do not mean a woman is destined to develop dementia if she frequently forgets names or why she walked into the other room, Kaup said.
"It is important to remember that not all women who had memory complaints in our study went on to be diagnosed with memory or thinking impairment," Kaup said. Almost half did not. "There may be a variety of reasons for someone to have memory complaints that do not necessarily lead to the development of a memory disorder like Alzheimer's disease."
Anxiety about losing one's memory might even contribute to forgetfulness, suggested Giliberto.
"There are many reasons, in today's busy and unforgiving times, why someone should have the feeling of not performing as well as their peers," Giliberto said. "Over-worrying is certainly one of them. The message here is not to start worrying but just to be more vigilant."
SOURCES: Allison R. Kaup, Ph.D., clinical research psychologist, San Francisco VA Medical Center, and assistant professor, psychiatry, University of California, San Francisco School of Medicine; Luca Giliberto, M.D., Ph.D., attending neurologist, Cushing Neuroscience Institute, and investigator physician, Feinstein Institute for Medical Research, Manhasset, N.Y.; Oct. 28, 2015, Neurology, online
HealthDay
Copyright (c) 2015 HealthDay. All rights reserved.