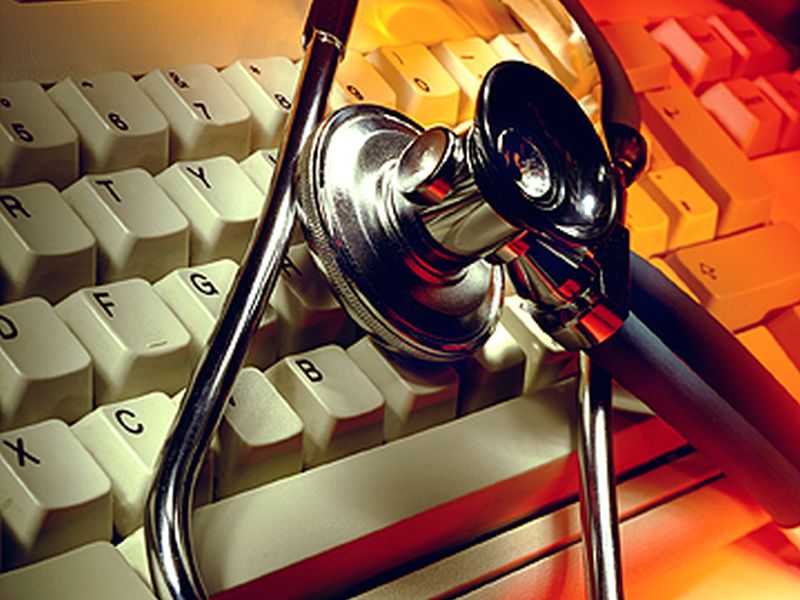 THURSDAY, Oct. 29, 2015 (HealthDay News) -- Medical data routinely gathered from millions of patients can be used to detect previously unseen patterns in chronic diseases such as type 2 diabetes, a new study suggests.
As a result, researchers say they've identified three distinct subgroups of type 2 diabetics by combing through the health records of more than 11,000 patients.
Each of the subgroups faces unique health problems related to type 2 diabetes, and shares common genetic traits that can explain those challenges, said senior study author Joel Dudley. Dudley is director of biomedical informatics and an assistant professor of genetics and genomic sciences at Mount Sinai School of Medicine in New York City.
"Not only did the clinical data tell us those were meaningful groups, but the genetics pointed toward potential biological factors that explain these differences in clinical characteristics," Dudley said.
The three subtypes identified by the data analysis included a cluster made up of the youngest and most obese patients, who were more likely to suffer kidney disease and blindness, and a group at highest risk for cancer and heart disease. The other cluster tended to suffer from many different health problems, including heart disease, mental illness, allergy and HIV infection.
Based on these groupings, a doctor could recommend more aggressive cancer monitoring in some patients, while prescribing heart-healthy medications and lifestyle changes for others, Dudley said.
The study findings were published Oct. 28 in the journal Science Translational Medicine.
Not all experts are wowed by this data-mining approach, however. Dr. Robert Ratner, chief scientific and medical officer for the American Diabetes Association, said that it's a "major leap of faith from their study" to assume that mounds of data will provide more clarity.
"I don't disagree with them that understanding the multiple different forms of diabetes is critically important," Ratner said. "To be blunt, I'm not sure this analysis contributes very much."
Also, the study authors themselves admit that their patient sample was relatively small.
The researchers started with electronic health data from 11,210 patients at Mount Sinai, of whom 2,551 had been diagnosed with type 2 diabetes. The data included a full blood panel and a genetic analysis.
The research team then created a map on which patients were grouped based on the numbers from their blood tests.
"It's almost like building up a social network, where you connect people because they share the same friends or the same interests, only in this case it was similar blood test results, things like that," Dudley said.
After drafting the map, the researchers looked for type 2 diabetes patients to see if they had clustered together based on any common characteristics. This step revealed the three subgroups, and when researchers factored in the genetic data, they found that the groups shared genetic traits that would predispose them to common illnesses, such as cancer or heart disease.
By following this approach, anyone could break down any chronic disease into a number of subgroups and more effectively treat patients, Dudley said.
He expects that using such "big data" will become more common in the near future, given that genetic testing is becoming cheaper and doctors must switch to electronic health records that capture patient information as a matter of course.
"With the decreasing cost in genetic sequencing, we're seeing an increase in collection of genetic data," Dudley said. "The more you can show the utility of genetics in informing medicine, the faster the adoption of this type of personalized medicine will be."
But Ratner questioned the usefulness of this approach. By tossing millions of combinations together, researchers will find many clusters of patients sharing common problems, but that "probably takes you down a great many blind alleys," he said.
"There are so many associations that you can't investigate all of them," Ratner said. "I'm not sure this shotgun approach really helps. You need a focused examination of both the genetics and the physiology underlying type 2 diabetes."
SOURCES: Joel Dudley, Ph.D., director, biomedical informatics, and assistant professor, genetics and genomic sciences, Mount Sinai School of Medicine, New York City; Robert Ratner, M.D., chief scientific and medical officer, American Diabetes Association; Oct. 28, 2015, Science Translational Medicine
HealthDay
Copyright (c) 2015 HealthDay. All rights reserved.