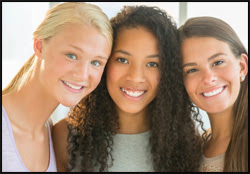 
Judy Ng, PhD1,2; Faye Ye, MS1; Lindsey Roth, MPP1; Katherine Sobel1; Sepheen Byron, MHS1; Mary Barton, MD1; Megan Lindley, MPH3; Shannon Stokley, MPH3
Human papillomavirus (HPV) is the most common sexually transmitted infection, with a reported 79 million persons aged 15–59 years in the United States currently infected with HPV, and approximately 14 million new cases diagnosed each year (1). Although most HPV infections are asymptomatic, transient, and do not cause disease (1), persistent HPV infection can lead to cervical, vulvar, vaginal, anal, penile, and oropharyngeal cancer. In the United States, approximately 27,000 HPV-attributable cancers occur each year (2). HPV vaccination is an effective primary prevention strategy that can reduce many of the HPV infections that lead to cancer (3), and is routinely recommended for adolescents aged 11–12 years. To determine whether the recommended HPV vaccination series is currently being administered to adolescents with health insurance, CDC and the National Committee for Quality Assurance (NCQA) assessed 2013 data from the Healthcare Effectiveness Data and Information Set (HEDIS). The HEDIS HPV Vaccine for Female Adolescents performance measure evaluates the proportion of female adolescent members in commercial and Medicaid health plans who receive the recommended 3-dose HPV vaccination series by age 13 years. In 2013, in the United States, the median HPV vaccination coverage levels for female adolescents among commercial and Medicaid plans were 12% and 19%, respectively (ranges = 0%–34% for commercial plans; 5%–52% for Medicaid plans). Improving HPV vaccination coverage and understanding of what health plans might do to support HPV vaccination are needed, including understanding the barriers to, and facilitators for, vaccination coverage.
HEDIS measures, developed by NCQA to assess quality of care in health plans, are reported by two thirds of all U.S. health plans and represent three fourths of the U.S. population receiving managed care (4). Because of differences in the populations and insurance coverage, HEDIS results are usually reported separately for three different plan categories: commercial, Medicaid and Medicare. Because of differences in how health maintenance organizations (HMOs) and preferred provider organizations (PPOs) collect some data, NCQA further stratifies results by reporting plan type. This study reports national and regional 2013 results, stratified by plan category and type.
The HEDIS HPV Vaccine for Female Adolescents measure assesses plan performance by examining the percentage of female adolescent plan members aged 13 years who had received 3 doses of HPV vaccine by their 13th birthday. The measure follows CDC recommendations for HPV vaccination (3). Only commercial and Medicaid plans report this measure (Medicare plans primarily enroll older adults and are thus not included in this measure). Among commercial plans, both HMOs and PPOs report this measure; among Medicaid plans, only HMOs report this measure (i.e., no Medicaid PPOs report this measure). The denominator for the HPV vaccination measure consists of all female adolescent plan members aged 13 years continuously enrolled in their plan for the 12 months before their 13th birthday (for commercial members, no more than one gap in enrollment of up to 45 days during the 12 months preceding the 13th birthday is allowed; for Medicaid members, whose enrollment is verified monthly, no more than a 1-month gap in coverage is allowed). The numerator is the population in the denominator who received 3 doses of HPV vaccine, with different dates of service on or between the member's ninth and 13th birthdays. Exclusions from the denominator are allowed if the member has had an anaphylactic reaction to an HPV vaccine or its components at any time on or before the member's 13th birthday. Results are reported at the plan level and expressed as percentages.
In 2013, 367 commercial plans and 153 Medicaid plans submitted HEDIS HPV vaccination measure data, representing a total of 626,318 female adolescent plan members, aged 13 years, eligible for the measure (approximately 31% of the U.S. female population aged 13 years*). Health plan performance rates varied by plan type, but overall remained low (Table 1). Commercial plans provided 3 doses of HPV vaccine to a median of 12% of female adolescent members by age 13 years. Little variation in performance among commercial plans was found, with a <15 percentage point difference separating the 10th and 90th percentile of performance distribution.
Medicaid plans reported significantly higher rates of 3-dose HPV coverage compared with commercial plans, with a median of 19% of female adolescents receiving 3 doses. Medicaid plans also reported slightly more variation in range of performance (>20 percentage point difference between the 10th and 90th percentile of performance). The highest performance rate for a commercial plan was 34%, whereas the highest rate for a Medicaid plan was 52%.
Performance varied by U.S. Health and Human Services (HHS) region. The majority of highest-performing commercial plans (Table 2) or Medicaid plans (Table 3) were from the Chicago, Philadelphia, and San Francisco HHS regions (HHS regions 5, 3, and 9, respectively). Little difference in performance by plan size was found and all highest-performing plans were HMOs.

Most female adolescents in commercial and Medicaid health plans are currently not receiving the recommended doses of HPV vaccine by age 13 years. The HEDIS HPV vaccination measure was publicly reported for the first time in 2013, approximately 7 years after the quadrivalent HPV vaccine was licensed in the United States and recommended by the Advisory Committee on Immunization Practices (ACIP) for use in female adolescents (4), allowing health care providers time to adapt to the recommendations. Despite this, results from this study indicate that health plans are performing poorly overall with regard to HPV vaccination rates in female adolescents aged 13 years.
In the United States, HPV vaccination coverage has been lower than that observed for other vaccines recommended for adolescents (5). Although not directly comparable because of differences in methodology, results from this study suggest lower coverage than estimates from the 2013 National Immunization Survey-Teen (NIS-Teen), which indicated 25.8% (±3.8%) of girls aged 13 years at the time of interview had received 3 HPV vaccine doses (5). However, the results from this study that show higher vaccination coverage among Medicaid plans than commercial plans are consistent with findings from the 2011 NIS-Teen that showed that adolescents entitled to receive vaccines through the Vaccines for Children Program because of Medicaid enrollment had substantially higher 3-dose HPV vaccination coverage than did privately insured adolescents (6).
Although this analysis is unable to identify reasons that HPV vaccination coverage by age 13 years for insured adolescents is low, studies have identified that clinicians are less likely to make a strong recommendation for HPV vaccination for adolescents aged 11 or 12 years compared with older adolescents (7,8). Because a clinician recommendation greatly influences parental acceptance (9), CDC has developed resources to help clinicians respond to parents' questions and communicate strong, clear HPV vaccination recommendations (available at http://www.cdc.gov/hpv).
The findings in this report are subject to at least five limitations. First, HEDIS data are limited to those persons insured by reporting health plans, and therefore might not be generalizable to other adolescents. Second, HEDIS results could not be adjusted to account for population differences that might affect results (e.g., socioeconomic status and patient or parental health literacy); however, stratified reporting by plan category (commercial versus Medicaid) was meant to address some key population differences. Third, plans can be attributed to multiple HHS regions because of service area overlap; therefore, some larger plans might be overrepresented across multiple regions, potentially minimizing regional differences. Fourth, information regarding parental refusal or concerns about HPV vaccination was not assessed; the availability of this information could have clarified the extent to which lower plan performance rates might have been influenced by parental refusal. Finally, HEDIS reporting is voluntary and not all health plans are required to report on HEDIS measures, including the HPV measure assessed in this study. However, NCQA has estimated that approximately two thirds of health plans reported on the HPV measure in 2013. The 2013 results reflect the first year the HPV measure was publicly reported. The proportion of plans reporting on the measure will likely increase in coming years because the measure was recently added to NCQA's Health Plan Accreditation Program, and now plans seeking accreditation must report the measure.
Low HPV vaccination coverage levels were the focus of the 2012–13 President's Cancer Panel Report (available athttp://deainfo.nci.nih.gov/advisory/pcp/annualreports/hpv/index.htm#sthash.BMZC8JOe.dpbs