Meditation Can Help Improve Focus in People With Anxiety 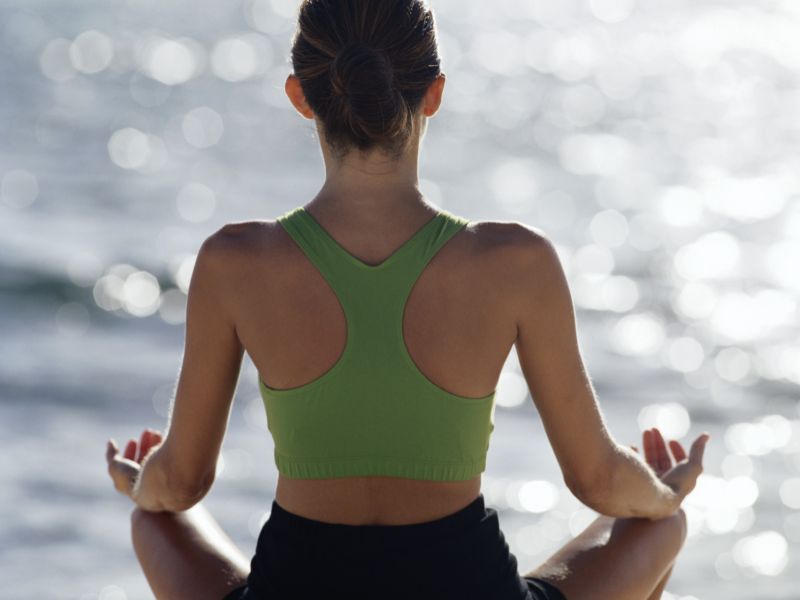 FRIDAY, May 5, 2017 (HealthDay News) -- People who tend to ruminate and dwell on the same anxious thoughts could benefit from mindful meditation, a new study finds.
Mindful meditation involves purposefully paying attention to the present moment without judgment. Researchers from the University of Waterloo in Ontario, Canada, found that just 10 minutes daily of mindful meditation can improve focus among people suffering from anxiety.
"Our results indicate that mindfulness training may have protective effects on mind wandering for anxious individuals," said researcher Mengran Xu, a Ph.D. candidate at Waterloo.
"We also found that meditation practice appears to help anxious people to shift their attention from their own internal worries to the present-moment external world, which enables better focus on a task at hand," Xu said in a university news release.
The study involved 82 people with anxiety. The participants were asked to perform a computer-based task. As they completed their task, the volunteers were interrupted in order to assess their ability to remain focused.
Then, the people were randomly divided into two groups. One group was asked to engage in a brief meditation exercise while the other group listened to an audio story. Once this was completed, all of the participants were re-assessed.
The researchers found that mindful meditation, which increases awareness of the present, reduced episodes where the participants would lose concentration and be distracted by repetitive thoughts.
"Mind wandering accounts for nearly half of any person's daily stream of consciousness. For people with anxiety, repetitive off-task thoughts can negatively affect their ability to learn, to complete tasks, or even function safely," Xu said.
"It would be interesting to see what the impacts would be if mindful meditation was practiced by anxious populations more widely," Xu added.
The report was published in the May issue of the journal Consciousness and Cognition.
SOURCE: University of Waterloo, news release, May 1, 2017
HealthDay
Copyright (c) 2017 HealthDay. All rights reserved.
News stories are written and provided by HealthDay and do not reflect federal policy, the views of MedlinePlus, the National Library of Medicine, the National Institutes of Health, or the U.S. Department of Health and Human Services.