CDC in action: What CDC is doing to help

Tracking the spread of Zika virus and other mosquito-borne viruses in the United States and around the world.

Testing samples for Zika and providing laboratories with diagnostic tests.

Educating the public about Zika virus.

Advising travelers how to protect themselves while traveling in areas with Zika.

CDC's Emergency Operations Center (EOC) is home to hundreds of CDC staff working in collaboration with local, national, and international response partners to analyze, validate, and efficiently exchange information about the Zika outbreak.
The EOC is the command center for monitoring and coordinating the emergency response to Zika, bringing together CDC scientists with expertise in arboviruses like Zika, reproductive health, birth defects, and developmental disabilities, and travel health. Their work includes: 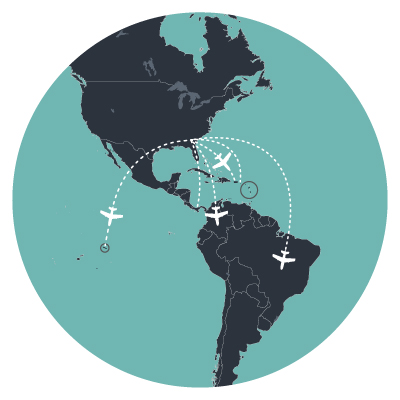 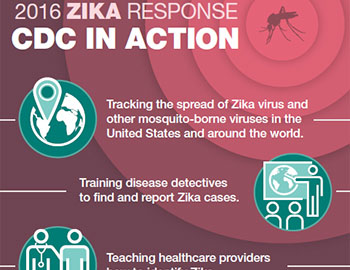 Zika: The Basics of the Virus and How to Protect Against It 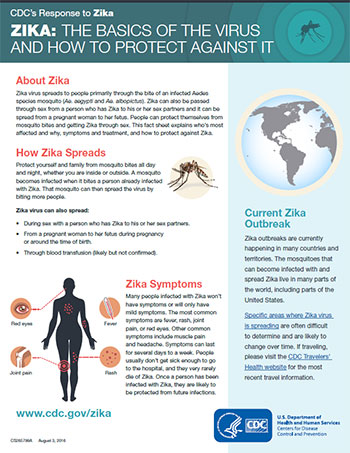