Caption: Genetically identical mice. The Agouti gene is active in the yellow mouse and inactive in the brown mouse.
Credit: Dana Dolinoy, University of Michigan, Ann Arbor, and Randy Jirtle, Duke University, Durham, NC
Step inside the lab of Dana Dolinoy at the University of Michigan, Ann Arbor, and you’re sure to hear conversations that include the rather strange word “agouti” (uh-goo-tee). In this context, it’s a name given to a strain of laboratory mice that arose decades ago from a random mutation in the Agouti gene, which is normally expressed only transiently in hair follicles. The mutation causes the gene to be turned on, or expressed, continuously in all cell types, producing mice that are yellow, obese, and unusually prone to developing diabetes and cancer. As it turns out, these mutant mice and the gene they have pointed to are more valuable than ever today because they offer Dolinoy and other researchers an excellent model for studying the rapidly emerging field of epigenomics.
The genome of the mouse, just as for the human, is the complete DNA instruction book; it contains the coding information for building the proteins that carry out a variety of functions in a cell. But modifications to the DNA determine its function, and these are collectively referred to as the epigenome. The epigenome is made up of chemical tags and proteins that can attach to the DNA and direct such actions as turning genes on or off, thereby controlling the production of proteins in particular cells. These tags have different patterns in each cell type, helping to explain, for example, why a kidney and a skin cell can behave so differently when they share the same DNA.
Some types of genes, including Agouti, are particularly vulnerable to epigenomic effects. In fact, Dolinoy has discovered that exposing normal, wild-type (brown) mice to certain chemicals and dietary factors during pregnancy can switch on the Agouti gene in their developing offspring, turning their coats yellow and their health poor. Dolinoy says these experiments raise much larger questions: If researchers discover populations of humans that have been exposed to lifestyle or environmental factors that modify their epigenomes in ways that may possibly contribute to risk for certain diseases, can the modification be passed on to their children and grandchildren (referred to as transgenerational epigenetic inheritance, a controversial topic)? If so, how can we develop the high-precision tools needed to better understand and perhaps even reduce such risks? The University of Michigan researcher received a 2015 NIH Director’s Transformative Research Award to undertake that challenge.

Dana Dolinoy
She and her close collaborator Christopher Faulk, a researcher at the University of Minnesota, Minneapolis, have their eyes on a gene-silencing molecule called a PIWI-interacting RNA, or piRNA. Discovered more than 10 years ago, piRNAs comprise the largest class of small non-coding RNA molecules, with the early estimates suggesting animal cells have the capacity to make tens of thousands of distinct piRNAs. Because some of the earliest work on piRNAs showed them being enriched in the reproductive cells of the mouse, a lot of the research has focused on their effects on fertility and development.
But Dolinoy and Faulk see tremendous research opportunities with piRNAs in adult cells, too. The early evidence suggests that these molecules are made in most adult cells, and they are synthesized along a different and perhaps more exploitable pathway than other known gene-silencing RNAs, such as microRNAs or small interfering RNAs.
Here’s how they work. Once assembled, a piRNA binds a specific protein called Piwi and travels into the cell nucleus, where the duo seems to recognize specific DNA sequences. That activates the cellular machinery needed to attach a special chemical tag to the DNA sequence, a process called methylation that shuts down the nearby gene from being transcribed into protein-coding RNA without modifying its sequence. Studies also suggest that the piRNAs may activate cellular machinery that chemically modifies the histone proteins that wrap around DNA, also stopping the gene from producing protein.
Dolinoy and Faulk want to harness this very complex system to treat disease. For example, the researchers envision a future in which precisely engineered piRNAs are administered to a cancer patient in order to silence, by methyl tagging, a specific gene that his or her tumor has opportunistically switched on to drive its uncontrolled growth. In theory, such a treatment would need to take place only once because, after a gene is silenced, that same methylation mark would be replicated in all daughter cells.
How do Dolinoy and Faulk propose to cut through this staggering level of complexity? They will start by turning to the agouti mouse model. Expression of the Agouti gene is dependent upon methylation, so the researchers hope to use piRNAs to turn the Agouti gene off on demand. The beauty of this approach is that the coat colors (yellow vs. brown) of the resulting mice should enable them to determine relatively quickly whether their experiments worked.
Research on the human genome has provided some really important lessons over the years. But to understand how DNA works also requires learning about the epigenome. It’s this epigenomic control in all parts of the body that is vital for understanding how humans develop from a single cell and what can go wrong, for example, when ultraviolet radiation, food, chemicals, or other factors in the environment disrupt the expression patterns of the genome. While Dolinoy and Faulk are just getting started, the importance of this work can’t be underestimated for filling our biomedical toolbox with the right kinds of molecular interventions to enable a future of precision medicine.
Links:
Epigenomics (National Human Genome Research Institute/NIH)
Dana Dolinoy (University of Michigan, Ann Arbor)
Christopher Faulk (University of Minnesota, Minneapolis)
Dolinoy NIH Project Information (NIH RePORTER)
NIH Director’s Transformative Research Award Program (Common Fund)
NIH Support: Common Fund; National Institute of Environmental Health Sciences 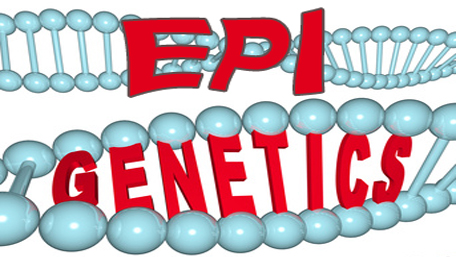