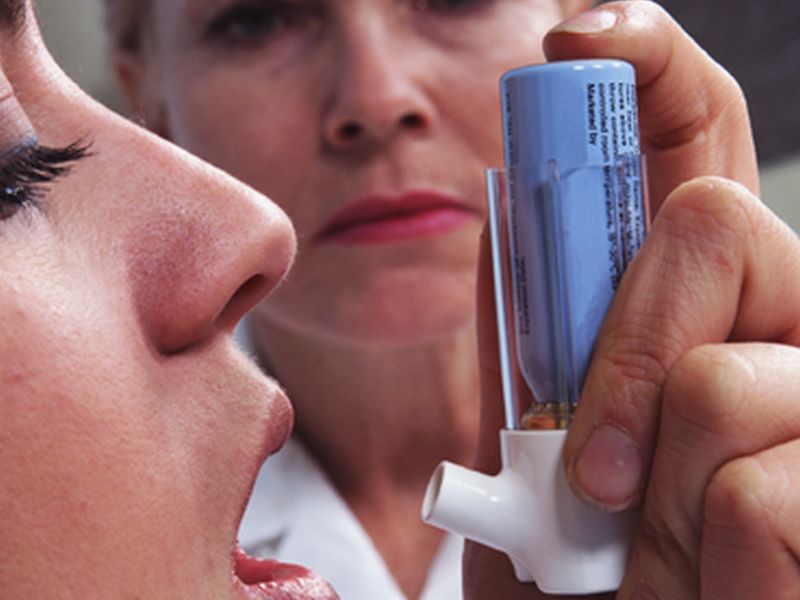 TUESDAY, May 9, 2017 (HealthDay News) -- Testosterone -- the male sex hormone -- may be the reason why so many more women have asthma than men, new research suggests.
The study found that testosterone suppresses an immune system cell involved in allergic asthma.
Allergic asthma is an inflammatory condition that causes the airways to swell, making it hard to breathe. The swelling and inflammation is triggered by an allergic reaction.
Before puberty, the condition is more common among boys than girls. Afterwards, however, it is twice as prevalent and more severe among women than men, the researchers explained.
"There is a very interesting clinical observation that women are more affected and develop more severe asthma than men, and so we tried to understand why this was happening," said study leader Cyril Seillet, from the Walter and Eliza Hall Institute in Melbourne, Australia.
The international team of scientists found that testosterone blocks the production of a type of immune cell that triggers allergic asthma, called innate lymphoid cells -- or ILC2s.
ILC2s are found in the lungs, skin and other organs. These cells produce proteins that can lead to lung inflammation and damage when exposed to asthma allergens, such as pollen, dust mites, cigarette smoke and pet hair.
When ILC2s detect testosterone, the cells stop reproducing, the study findings showed.
"We identified that testosterone is a potent inhibitor of [ILC2s], a newly described immune cell that has been associated with the initiation of asthma," Seillet said in an institute news release.
"So in males, you have less ILC2s in the lungs and this directly correlates with the reduced severity of asthma," he explained.
"Our research shows that high levels of testosterone in males protect them against the development of allergic asthma," Seillet added.
The researchers said their finding could lead to new treatments for the inflammatory airway condition.
According to study co-author Gabrielle Belz, "Current treatments for severe asthma, such as steroids, are very broad-based and can have significant side effects." Belz is from the molecular immunology division at the Walter and Eliza Hall Institute.
"This discovery provides us with a potential new way of treating asthma, by targeting the cells that are directly contributing to the development of allergic asthma," she said in the news release.
More research needs to be done, Belz noted. But she pointed out that similar hormone-suppression tactics have been used successfully for treating other diseases, such as breast cancer.
The study was published May 8 in the Journal of Experimental Medicine.
SOURCE: Walter and Eliza Hall Institute, news release, May 8, 2017
HealthDay
Copyright (c) 2017 HealthDay. All rights reserved.
News stories are written and provided by HealthDay and do not reflect federal policy, the views of MedlinePlus, the National Library of Medicine, the National Institutes of Health, or the U.S. Department of Health and Human Services.