Taking the Stairs a Better Pick-Me-Up Than Coffee

A 10-minute climb can increase fitness and motivation, researcher says 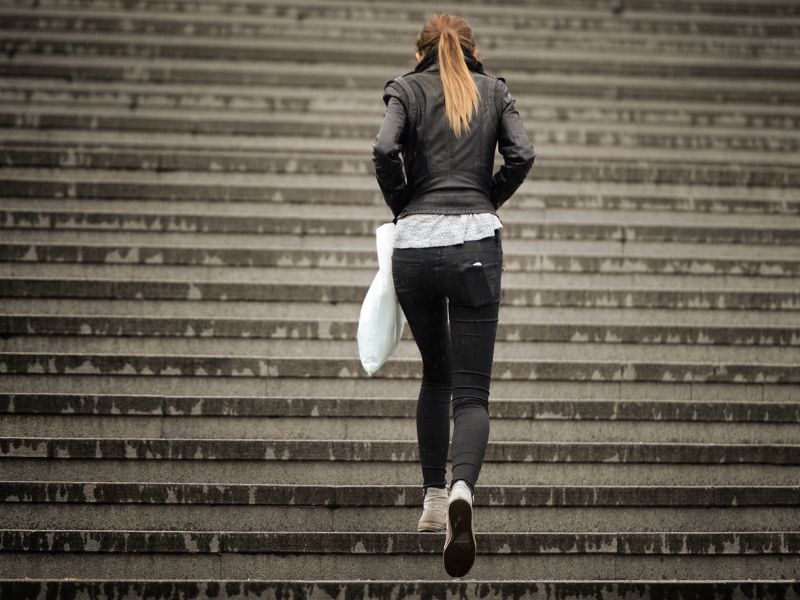 FRIDAY, April 28, 2017 (HealthDay News) -- You'll feel more energized if you do some easy stair walking rather than drinking caffeine, a new study recommends.
The study included college women who said they were chronically sleep deprived, meaning they got less than 6.5 hours of sleep a night.
On separate days, they consumed capsules with 50 milligrams of caffeine (roughly the amount in a can of soda) or a placebo, or spent 10 minutes walking up and down stairs (about 30 floors in total) at an easy pace.
"We found, in both the caffeine and the placebo conditions, that there was not much change in how they felt. But with exercise they did feel more energetic and vigorous," said study co-author Patrick O'Connor, a professor at the University of Georgia's Department of Kinesiology.
The exercise boost was immediate but short-lived, he said in a university news release.
The researchers wanted to focus on an easy and convenient way for office workers to be active.
"Office workers can go outside and walk, but weather can be less than ideal. It has never rained on me while walking the stairs," O'Connor said.
He said even a short walk up and down the stairs seems to make workers feel more motivated and refreshed.
The study was published online recently in the journal Physiology and Behavior.
SOURCE: University of Georgia, news release
HealthDay
Copyright (c) 2017 HealthDay. All rights reserved.
News stories are written and provided by HealthDay and do not reflect federal policy, the views of MedlinePlus, the National Library of Medicine, the National Institutes of Health, or the U.S. Department of Health and Human Services.