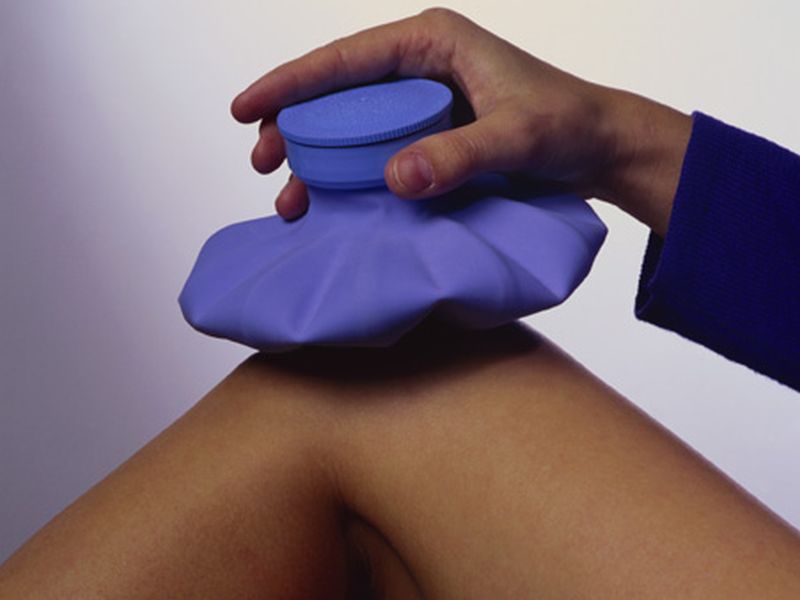 TUESDAY, May 16, 2017 (HealthDay News) -- Steroid shots are a common treatment for arthritic knees. But, a new study says their long-term use is ineffective and may even reduce cartilage.
Knee osteoarthritis patients who got steroid injections every three months for two years had no less pain than those taking a placebo treatment. And they had greater loss of cartilage, the rubbery tissue that acts as a cushion between the bones of joints, researchers found.
"This research will change how I talk to patients," said Dr. Seth Leopold, a professor of orthopedics and sports medicine at the University of Washington School of Medicine.
"I will tell patients that the best information we now have suggests that these injections may not help, and extended use may thin your cartilage," said Leopold, who wasn't involved in the study.
"We should only try them in someone who doesn't have alternatives, and we should only give them to someone whose knee is already arthritic," he said.
Osteoarthritis is the wear-and-tear form of the joint disease, characterized by pain, swelling and stiffness. Knee arthritis is a major cause of disability, affecting more than 9 million Americans, according to background notes with the study.
Steroid shots in the knee joint are commonly given as a short-term treatment for pain flare-ups, and they can be useful for that purpose, said study lead author Dr. Timothy McAlindon. He's chief of rheumatology at Tufts Medical Center in Boston.
But their effectiveness when given regularly over months or years has been the subject of debate for more than a decade. "The trend is toward studies saying they didn't do as much as we thought to reduce pain," Leopold said.
For the new study, researchers tracked 140 patients, age 45 and older, who had arthritic knees with inflammation of the synovial membrane -- a thin membrane lining the joint. The patients were randomly assigned to receive injections with either a steroid (intra-articular triamcinolone) or saline.
Injections were given every 12 weeks from 2013 to 2015. Patients also underwent MRI scans and answered questionnaires about their pain.
At the end of the study, pain levels didn't differ significantly between the two groups, according to the study.
"It did not have an effect on long-term pain, and it didn't reduce the progression of the disease," McAlindon said.
But patients in the injection group lost significantly more cartilage thickness than those in the saline group.
Leopold, however, said the thinning of cartilage is less important for older patients whose knees are already severely arthritic. For them, he said, "it probably doesn't matter."
The researchers noted that their study has limitations. It didn't measure pain relief within the first month after an injection when patients often do get relief. Also, patients were able to continue taking medications such as over-the-counter painkillers, which might have affected symptoms.
What should someone with a bum knee joint do? Leopold said options are limited for those who want to delay knee replacement surgery for as long as possible.
The new study "should make us more cautious about using these injections in people whose knees are not yet severely arthritic, since there may be damage in the long run," Leopold said.
But in other patients, he said, the risk of harm seems low -- as does the likelihood of benefit.
The researchers reported their findings in the May 16 issue of Journal of the American Medical Association.
SOURCES: Timothy McAlindon, M.D., MPH, chief, division of rheumatology, Tufts Medical Center, Boston; Seth Leopold, M.D., professor, department of orthopedics and sports medicine, University of Washington School of Medicine, Seattle; May 16, 2017, Journal of the American Medical Association
HealthDay
Copyright (c) 2017 HealthDay. All rights reserved.
News stories are written and provided by HealthDay and do not reflect federal policy, the views of MedlinePlus, the National Library of Medicine, the National Institutes of Health, or the U.S. Department of Health and Human Services.