Five Things You May Not Know About Tourette Syndrome | Features | CDC

Five Things You May Not Know About Tourette Syndrome | Features | CDC

Five Things You May Not Know About Tourette Syndrome 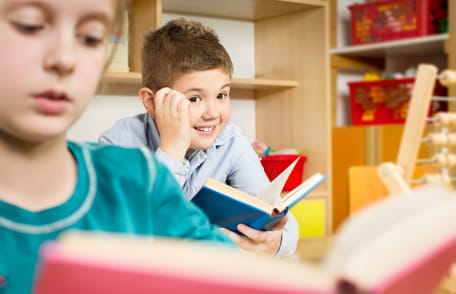 There are many misbeliefs about Tourette syndrome (or Tourette for short) that make life harder for people with the condition. Knowing the facts can help you understand what it is like to have Tourette.
Tourette syndrome is a condition that affects the brain and nerves, causing people to make repeated movements and sounds, also known as motor and vocal tics that they cannot control. The symptoms usually begin in childhood, can vary from mild to severe, and change over time. Tourette can cause problems for children’s physical, mental, and emotional well-being.   Education can help reduce negative beliefs about Tourette, improve access to health care, ensure a timely diagnosis, and ultimately help children with Tourette lead healthy and productive lives.
Read about the symptoms and diagnosis of Tourette.

Tourette Awareness Month
As part of CDC’s work to educate people about the condition and to celebrate Tourette Syndrome Awareness month, here are five things you may not know about Tourette.
#1 People with Tourette don’t always blurt out obscenities.
Probably the most common misbelief about Tourette, often seen on TV and in movies, is that people with the condition blurt out obscenities or curse words. The reality is that most people with Tourette do not excessively or uncontrollably use inappropriate language.  Known as coprolalia, this only affects 1 in 10 people with Tourette. Coprolalia is a complex tic that is difficult to control or suppress, and people who have this tic often feel embarrassed by it.

People with Tourette often lead rich and fulfilling lives.
#2 Just having a tic doesn’t mean that you have Tourette.
Tics—making sounds (vocal tics) or movements (motor tics) that are difficult to control or suppress—are a part of having Tourette, but there is more to the story. Having a tic is complicated. A person can have tics ranging from simple, temporary tics lasting a few weeks or months, to having many complex tics that are long-lasting. Tics can also range from mild and hardly noticeable to severe and disabling. To have Tourette means that a person has at least two different motor tics and at least one vocal tic, and has had tics for over a year.
#3 People with Tourette cannot control their tics (movement or sound) even though they may want to.
Having a tic is hard to control. The motor and vocal tics of Tourette are involuntary, meaning that people do not do the tic on purpose. While the exact cause of tics is still not known, many people compare the feeling of having a tic to having an itch or having to sneeze. You may try to stop the feeling, but eventually you will probably scratch or sneeze and you will feel a little better until the urge comes back. When people try to hold back their tics, it can cause stress and the tic may become worse.
#4 People with Tourette often lead rich and fulfilling lives.
It is true that some people with Tourette have difficulties throughout their lives. It is also true that many people with Tourette are very successful. They are often high achievers and find that their tics can become less severe or go away when they are concentrating on a task at hand. Many people also have fewer tics as they grow up. There are people with Tourette who are successful in all walks of life and they work in many areas, including the arts, medicine, sports, and other professions.
#5 CDC works with researchers and the Tourette community to improve the lives of people with the condition and their families.
CDC is working with researchers to expand our knowledge of Tourette, how it affects people’s lives, and how we can advance public health efforts to improve the lives and health of people living with Tourette. CDC also works with the Tourette Association of America to provide health information and education programs about Tourette, so that people with the condition can get the best available treatment and support.  This work includes