More use is linked to attention and behavior problems, but also less anxiety, study finds 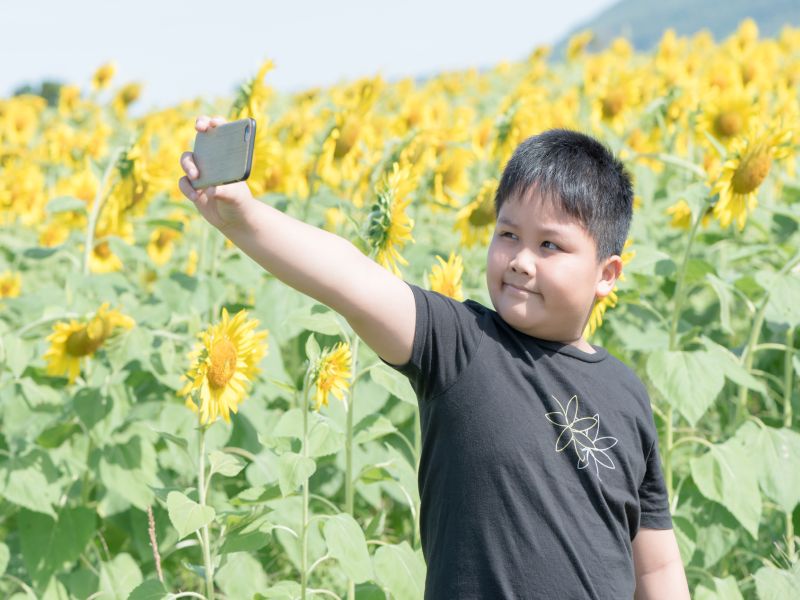 WEDNESDAY, May 3, 2017 (HealthDay News) -- Parents worry -- often rightly so -- about how much time their kids are spending in front of screens.
Now, new research suggests that when children at risk of mental health problems spend a lot of time on smartphones or other digital technology, they're more at risk of attention and disruptive behavior issues.
But the news isn't all bad. The researchers also saw a positive benefit from screen time. When kids sent more text messages on any given day, they seemed less anxious and depressed.
"These findings suggest that for already at-risk teens, high usage may amplify existing problems," said study co-author Candice Odgers.
But, Odgers added, "we cannot say that technology use is causing these problems."
She is a professor of psychology and neuroscience at Duke University's Sanford School of Public Policy in Durham, N.C.
Electronic devices such as smartphones and tablets have become so pervasive that a 2015 study found that most babies used them before they reach the age of 2 years.
Other research suggests that social media sites such as Facebook have distinct benefits for kids, including opportunities for education and connection. But there are also potential risks such as cyberbullying.
Odgers and her colleagues recently reviewed the findings of previous studies. And they found "much more evidence for positive associations between teen technology use and their social relationships than would be expected amid the widespread fears about the rising use among adolescents," she said.
However, Odgers said, "we still know very little about whether adolescents' constant connectivity or patterns of usage have effects on their mental health, relationships and development."
For the new study, the researchers gave smartphones to 151 children between 11 and 15 years old. The kids lived in poor U.S. neighborhoods and were considered at risk for mental health problems. About 60 percent of the participants were white.
The smartphones beeped three times a day for a month, alerting the participants to briefly answer questions about how they were feeling.
The kids also answered questions about how much they were using digital technology each day.
"By following kids intensively over time via mobile phones, we were able to see how a given teen's symptoms changed on days that they were using versus not using digital technologies," Odgers said.
"We also wanted to capture teens during early adolescence, an important time for both the development of mental health problems and for the increasing use of digital technologies," she said.
The researchers found that the kids spent an average of about 2.3 hours a day on their smartphones, or other digital technology. The average number of text messages sent in a day was 41.
The children reported more symptoms of attention deficit hyperactivity disorder and conduct disorder on days when they used the technology the most. Symptoms of conduct disorder include lying, defiance and rule-breaking, according to the U.S. National Library of Medicine.
However, symptoms of depression and anxiety dipped on days when kids sent more text messages.
Concerning the rise in attention and conduct problems on days of heavier tech use, Odgers said "it is possible that technology is not the villain.
"These findings suggest that for already at-risk teens, high usage may amplify existing problems," she said.
But it may not be a vicious cycle of more use, more trouble, and then even more use.
Pointing to the possible link between more texting and less anxiety, Odgers said "the vast majority of teens are online and are connecting in often positive ways to their in-person social networks.
"To improve teen mental health, we also need to understand how they are using them [devices] to elicit social support and connect with those in their social networks in both positive and negative ways," she explained.
Odgers supports recommendations from the American Academy of Pediatrics that suggest parents place consistent limits on media time for kids over 6 and make sure it doesn't "take the place of adequate sleep, physical activity and other behaviors essential to health."
Ozlem Ayduk is a professor of psychology at the University of California, Berkeley. She agreed that limits on screen time are appropriate.
"It should not be unlimited," she said, adding that it's also unwise to ban all media use by kids. "It's not that simple," she said.
"They all need to feel included and accepted," Ayduk said.
The study appears May 3 in the journal Child Development. It was partially funded by the Verizon Foundation.
SOURCES: Candice Odgers, Ph.D., professor, psychology and neuroscience, Sanford School of Public Policy, Duke University, Durham, N.C.; Ozlem Ayduk, Ph.D., professor of psychology, University of California at Berkeley; May 3, 2017, Child Development
HealthDay
Copyright (c) 2017 HealthDay. All rights reserved.
News stories are written and provided by HealthDay and do not reflect federal policy, the views of MedlinePlus, the National Library of Medicine, the National Institutes of Health, or the U.S. Department of Health and Human Services.