Are All Those 'Fidget Spinners' Really Helping Kids?

Hot toy is probably more of a distraction than a help in the classroom, experts say 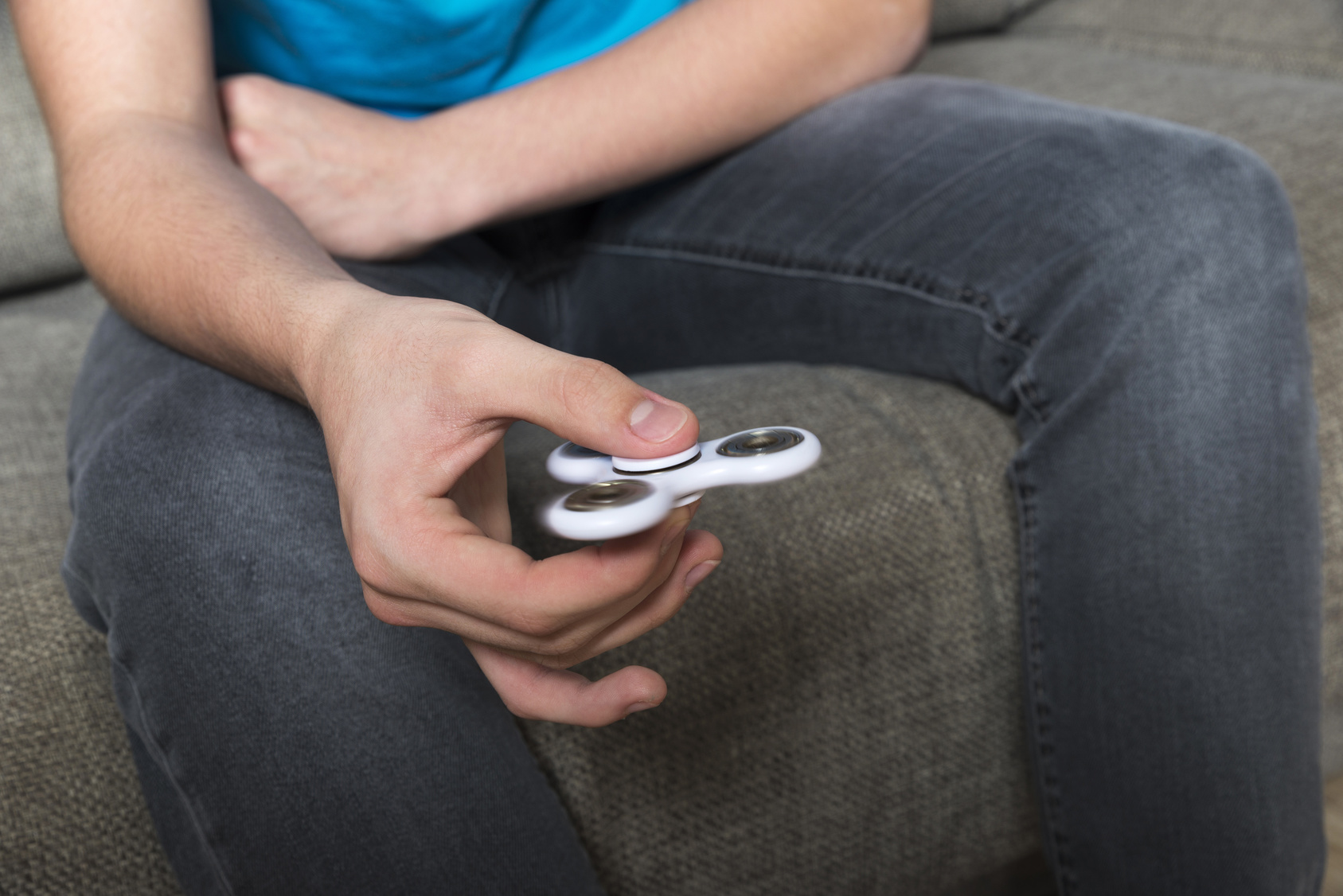 THURSDAY, May 25, 2017 (HealthDay News) -- Fidget spinners may be the latest must-have kids' toy, but claims that the gizmos help students pay attention aren't backed by science, experts say.
Some retailers market the devices as a way to help kids with anxiety, autism or attention deficit hyperactivity disorder (ADHD) keep themselves calm and focused in the classroom.
However, there have been no studies showing that fidget spinners benefit kids struggling to stay still, said Chicago psychiatrist Dr. Louis Kraus.
"To the best of my knowledge, there's no science behind what they're advertising," said Kraus, chief of child and adolescent psychiatry for the Rush University Medical Center.
"Without any research to show it's of benefit, I think it's wrong for them to advertise these things as helpful," he said.
The claims likely are based on small-scale studies that show kids with ADHD pay better attention if they are allowed to fidget, said Dr. Matthew Lorber, a child and adolescent psychiatrist at Lenox Hill Hospital in New York City.
"They actually perform better because it indirectly forces the brain to work harder to focus on the task at hand," Lorber said.
But the lead researcher behind one ADHD/fidgeting study says fidget spinners probably are too interesting and fun to be much help in classrooms.
Fidgeting can help kids pay attention, said Julie Schweitzer, a professor of psychiatry and behavioral sciences at the MIND Institute of the University of California, Davis.
However, "school work is probably a lot less interesting than playing with the toy," Schweitzer said. "You're looking at competing activities here. It seems to me that it would be more distractive than helpful."
In her June 2015 study in the journal Child Neuropsychology, Schweitzer found that kids with ADHD who fidgeted and squirmed more intensely wound up performing better on a test that required their attention.
However, those kids were stirring in their seats, not fiddling with a toy, Schweitzer said.
The palm-size devices whirl much like a fan or helicopter, and they seem to be everywhere these days.
Since they're hand-held, fidget spinners could get in the way of kids completing class work, said Dr. Andrew Adesman, chief of developmental and behavioral pediatrics at Cohen Children's Medical Center in New Hyde Park, N.Y.
"I worry that children will focus on their spinners instead of what they are supposed to be paying attention to," Adesman said. "Moreover, students cannot take notes or other written assignments if they are playing with them."
Fidget spinners might benefit autistic children who use "sensory stimulation behaviors" to calm their anxiety, said Thomas Frazier, chief science officer at Autism Speaks.
These children engage in behaviors such as jumping, flapping their hands or spinning around. "Fidgeting with a fidget spinner as a replacement for that behavior might be a little less stigmatizing," Frazier said. Unfortunately, the toys also could distract the kids from class work.
Fidget spinners might best be used to reward children with autism for good behavior, Frazier said.
"If they pay attention and they complete an assignment and get access to the fidget spinner, it could be really reinforcing for them," he said. "Then they'd be more likely to finish their work next time."
Many schools are banning fidget spinners from the classroom as unnecessary distractions. Lorber recently spoke at a private school in Brooklyn, N.Y., that had taken that step.
"Certainly without question, it becomes a distraction to the class, to the point where teachers and even school systems are not allowing them," Kraus said. "You're going to find that more and more schools aren't going to allow them."
Adesman thinks the fad will be short-lived. "In my view, fidget spinners are just a new craze among children and their appeal will pass with time," he said.
There are other potential methods to help kids fidget in a productive way while in school, Schweitzer said, and these should be explored.
Allowing kids to chew gum might provide enough nonspecific motor activity to keep them focused but not distracted, Schweitzer said. In addition, some schools have tried attaching Velcro strips to desks, to give kids something to stroke and touch during class that doesn't grab their attention.
"If you could find something that doesn't interfere with their learning and attention, that would be best," Schweitzer said.
SOURCES: Louis Kraus, M.D., chief, child and adolescent psychiatry, Rush University Medical Center, Chicago; Matthew Lorber, M.D., child and adolescent psychiatrist, Lenox Hill Hospital, New York City; Julie Schweitzer, Ph.D., professor, psychiatry and behavioral sciences, MIND Institute, University of California, Davis; Andrew Adesman, M.D., chief, developmental and behavioral pediatrics, Cohen Children's Medical Center, New Hyde Park, N.Y.; Thomas Frazier, Ph.D., chief science officer, Autism Speaks
HealthDay
Copyright (c) 2017 HealthDay. All rights reserved.
News stories are written and provided by HealthDay and do not reflect federal policy, the views of MedlinePlus, the National Library of Medicine, the National Institutes of Health, or the U.S. Department of Health and Human Services.