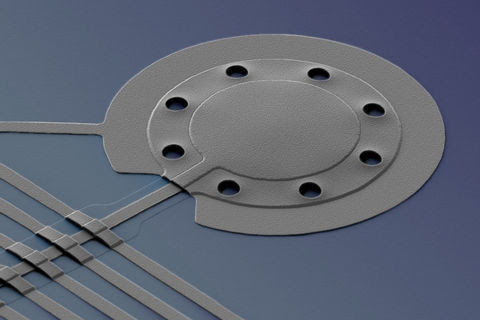 Physicists at the National Institute of Standards and Technology (NIST) have cooled a mechanical object to a temperature lower than previously thought possible, below the so-called “quantum limit.”
The new NIST theory and experiments, described in the Jan. 12, 2017, issue of Nature(link is external), showed that a microscopic mechanical drum—a vibrating aluminum membrane—could be cooled to less than one-fifth of a single quantum, or packet of energy, lower than ordinarily predicted by quantum physics. The new technique theoretically could be used to cool objects to absolute zero, the temperature at which matter is devoid of nearly all energy and motion, NIST scientists said.