The increasingly convincing link between autism and gender dysphoric kids

It’s no longer a kooky theory proposed by marginal psychologists 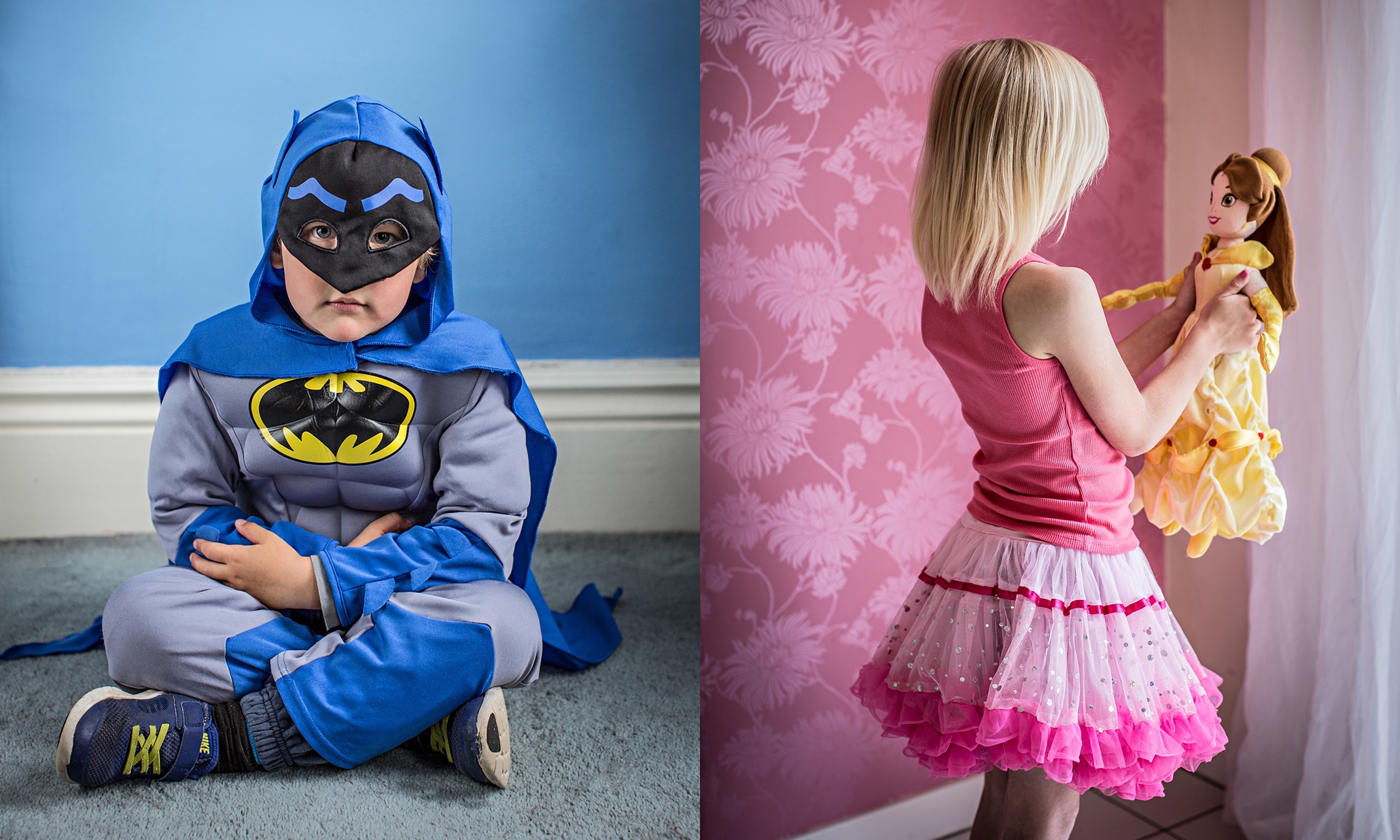 Tom (formerly known as Melanie) and Julia (formerly known as Callum). From The Guardian
The number of autistic kids is skyrocketing. The number of transgender kids is skyrocketing. Is there a link?
Yes, said a controversial Canadian expert on transgender issues on a BBC documentary earlier this month. Kenneth Zucker is a distinguished figure in the field of the psychology of sexual behaviour. He is the editor of the Archives of Sexual Behaviour and a professor at the University of Toronto.
In 2015 he was summarily dismissed as Head of the Gender Identity Service at Toronto's Centre for Addiction and Mental Health (CAMH) over his views on whether homosexual and transgender identities are fixed and immutable.
In the BBC feature he argues that most children with gender dysphoria eventually overcome the sensation that they have been born in the “wrong body”. He also suggests that it might be wrong for parents to encourage their children to transition. In the UK, according to the London Telegraph,  the number of children under 11 referred for gender dysphoria almost quadrupled between 2009-10 and 2014-15 to 77. Astonishingly, this figure includes 47 under the age of five and two who were only three years old.
Dr Zucker is deeply skeptical about a diagnosis of transgender for these children. He told the BBC:

"It is possible that kids who have a tendency to get obsessed or fixated on something may latch on to gender. Just because kids are saying something doesn't necessarily mean you accept it, or that it's true, or that it could be in the best interests of the child."

He later added:  “A four-year-old might say that he’s a dog – do you go out and buy dog food?”
But his most controversial suggestion is that some children who believed to be transgender are actually suffering from Autism Spectrum Disorder (ASD).
This not settled science. But it is a question that is being asked by psychologists who are perplexed by the very high incidence of autism amongst children who are struggling with gender identity. The link is plausible because the symptoms overlap. Both autistic children and children uncomfortable with their biological sex care little about what people think and are less concerned than normal children about their social status. Autistic children often have obsessive interests; gender dysphoric children are obsessed by the idea that the true self is in the wrong body. They both feel different and isolated. They both tend to avoid eye contact and spend a lot of time on-line.
Evidence of some sort of link is accumulating. The journal LGBT Health published an article in October last year which spoke of the “growing evidence supporting increased prevalence of ASD in gender dysphoric children”.
One of the first significant studies was published in 2010. A Dutch study in the Journal of Autism and Developmental Disorders found that the incidence of ASD among children referred to a gender identity clinic was ten times higher than the prevalence of ASD in the general population. “This important finding confirms the clinical impression that ASD occurs more frequently in gender dysphoric individuals than expected by chance,” wrote the researchers.
In 2014, a study led by John Strang, of the Children’s National Medical Center in Washington DC, declared that “Evidence suggests over-representation of autism spectrum disorders (ASDs) and behavioral difficulties among people referred for gender issues”. His group found that “participants with ASD were 7.59 times more likely to express gender variance; participants with ADHD were 6.64 times more likely to express gender variance.”
He explained in a press release at the time:

“Children and adolescents with autism spectrum disorders may be less aware of the social restrictions against expressions of gender variance and therefore less likely to avoid expressing these inclinations. It could also be theorized that excessively rigid or ‘black and white’ thinking could result in such a child’s rigidly interpreting mild or moderate gender nonconforming inclinations as more intense or absolute.”

Last year the journal Transgender Health published a study which stated that there is “a growing body of literature that consistently suggests” a correlation between gender variance (GV) and ASD. The authors called for “more efforts in screening for GV among autistic patients, as well as autistic symptoms among those who present with GV”.
What explains the association between the two conditions? No one claims to know, but a few hypotheses have been floated. An overview of the state of research in the on-line magazine Spectrum News lists a few of the current theories. There could be an unidentified biological link. Autistic children may be less sensitive to social norms on gender variance. And “the kind of rigid black-and-white thinking that is characteristic of autism might lead people with mild or moderate gender nonconformity to believe that they are not the sex they were assigned at birth”.
All this suggests that treating the autism might divert a child’s attention from his or her obsession with gender dysphoria. For instance, the Dutch study mentioned an autistic teenager who always felt that he had always been different from other children and found an explanation for his social isolation in gender dysphoria. The Dutch researchers also suggested that the “Feminine interests of many gender dysphoric young boys with ASD concerned soft tissues, glitter, and long hair and could be understood as a preference for specific sensory input typical for ASD.”
The link between condition like autism and gender dysphoria weakens the case presented by transgender advocates. It suggests that many transgender men and women are suffering from a mental disorder which could have been treated in another way. It implies that it is very rash to accept a child’s insistence that he or she is she or he because it might simply be an autistic obsession.
Perhaps that is why articles are beginning to appear in journals arguing that people with ASD are capable of making “informed decisions regarding their medical care and life choices” – ie, they can embark upon a sex change even though they clearly have psychological issues.
A former associate of Dr Zucker at CAMH recently expressed her indignation that some autistic children are being dragooned into the transgender world. Child psychiatrist Susan Bradley is not opposed to sex changes, but she is alarmed that some ASD children are taking irreversible steps without really understanding the consequences. She wrote in the Canadian newspaper National Post that

Activists would have the public believe that anyone who expresses a wish to be the other gender should be allowed and encouraged to do so. Credulous politicians have translated their demands into law. To date, however, there is no evidence that there is such a thing as a “true” trans, just as there is no marker that would identify a “false” trans. To accept the thinking and wishes of those with ASD at face value, without understanding why they feel the way they do, is not a kindness, and may in fact be extremely damaging.

Avery Jackson, the nine-year-old transgender girl on the cover of December issue of National Geographic, has been living as a girl since he was five. How can a toddler decide that he is the wrong sex? Rather than celebrating his “choice” as brave, proud, and beautiful, perhaps his parents should have had him assessed for autism.
Michael Cook is editor of MercatorNet.

So: the day when America walks on water is about to dawn, and we must give the loud speaker to our own Sheila Liaugminas, a true patriot to her fingertips, who cut her baby teeth on politics and made up newspapers of her own from a young age.
She begs fellow Americans in a post today:
For the moment, let’s put aside the divisions and differences and for one, major, historic occasion that comes along only every so many years in a lifetime, come together as a nation of free citizens. And be grateful, together, and respect each other, for our shared dignity and humanity.
…
Let’s celebrate, somehow, together. And then take up our responsibilities as citizens to make ourselves, our families, our communities and our nation better.
Well, Sheila, I hear Trump still has lots of vacant posts at the White House – he’s even appointed a Kiwi, Chris Liddell, to one of them. For the life of me I can’t figure out why he hasn’t put you on the team, because what he needs above all there is sincerity, and no-one can beat you at that.
Did you hear that, President Trump?