THE cause of a leading risk factor for breast cancer has been identified by researchers, raising hopes that preventative treatments will reduce the incidence of the disease. 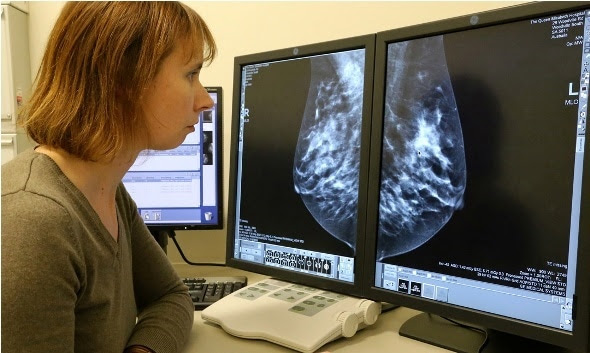 Associate Professor Wendy Ingman has helped find the cause of a leading breast cancer risk factor.
Scientists from the Hospital Research Foundation in Adelaide, South Australia, have shown a link between a protein that causes inflammation and an increase in breast density, a significant risk factor for breast cancer.

The research will allow preventative treatments, such as anti-inflammatory drugs, to be implemented before tumours can develop.

Published this month in Breast Cancer Research, the study identified the protein CCL2 as the cause of increased inflammation and breast density in rodent models.

The same research also found that CCL2 was present in human women with high breast density.

CCL2 is an inflammatory cytokine that recruits macrophages to sites of injury.

Lead researcher and associate professor at the University of Adelaide Wendy Ingman said the identification of inflammation as a cause of breast density would allow new treatments to be developed to prevent the risk factor from occurring.

“Women with dense breast tissue are at a four to six-fold increased risk of breast cancer, compared to women with low density, it’s actually a really important risk factor,” she said.

“This research is quite exciting because it’s the first time that we’ve been able to show that inflammation can actually drive density and breast cancer risk.

“We are starting to understand that it’s not necessarily all women, it might be this subset of women who are most at risk.”

While anti-inflammatory drugs like aspirin have been shown to reduce breast cancer risk, their long-term side effects have made them dangerous to prescribe en masse.

The identification of a link between inflammation and breast cancer density, will allow medications to be prescribed more selectively.

“It has been very clearly shown that anti-inflammatories such as aspirin can reduce women’s breast cancer risk, however, taken long term they have other unwanted side effects, such as increased risk of stroke,” Professor Ingman said.

“So it’s not ideal to be giving a long term anti-inflammatory to women who are otherwise healthy.

“But if you can identify the women who are most at risk, then that risk/benefit becomes more in favour of taking the anti-inflammatory.”

The next step for researchers will be to identify the anti-inflammatory drug most appropriate for use with women at risk of inflammation.

Professor Ingman said the eventual goal would be to prescribe a drug as a prophylactic treatment for women who are identified as being at risk.

“Breast cancer is the most common type of cancer in women, so being able to prevent it would be fantastic,” she said,

“We hope that in the future, breast cancer will not be the most common type of cancer in women.”

Breast cancer affects one in eight women worldwide, and according to the World Health Organisation is the cause of more than 500,000 deaths each year.