How can we measure health behavior theories mathematically? - On Health

How can we measure health behavior theories mathematically? - On Health

How can we measure health behavior theories mathematically?
In the most popular blog across the BMC Blog Network in December, William T. Riley, PhD, director of the National Institutes of Health Office of Behavioral and Social Sciences Research, describes a dynamic computational model developed by his team. The model – which the researchers describe in a study published in Translational Behavioral Medicine – can make mathematically precise predictions of behavior at specified times. 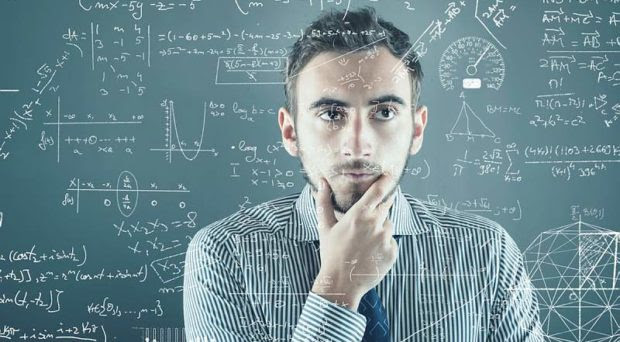 I have often wondered why theories of health behavior are not expressed mathematically as they are in other sciences (e.g. physics, economics). Social Cognitive Theory (SCT) is among the most influential theories, but it is expressed almost entirely in narrative form. The only conceptual schematic of SCT is a simplified and linear model that fails to capture the complex dynamic relations among SCT constructs.
We sought to address this with a paper published in the December 2016 issue of Translational Behavioral Medicine.

Some of my co-authors previously had developed a dynamic computational model for the Theory of Planned Behavior, and we wanted to extend that work to the development of a dynamic computational model for SCT. To do so, we reviewed the writings of Bandura and others, the prior theories from which it evolved, and empirical research using structural equation modeling and other statistical modeling approaches to test SCT.
Based on this review, we constructed a dynamic computational model—more specifically, a control systems model of SCT graphically represented as a fluid analogy. After generating initial parameters for the model, we ran simulations and iteratively adjusted the model based on the consistency of the outputs to theoretical predictions. Using this process, we generated six differential equations that describe the dynamics of the SCT state variables (i.e. SCT constructs) and their predicted rates of change.
For example, self-efficacy (SE) is depicted as an inventory (a volume of fluid in a reservoir) that fluctuates within individuals over time and influences engaging in the target behavior. The inflows and outflows that influence SE in the model include perceived barriers; perceived social support; observed behavior of others successfully engaging in the behavior; an array of physical, mental, and emotional intrapersonal states; self-management skills; and prior experience engaging in the behavior.

The dynamic computational model we propose is neither complete nor accurate, but it does make mathematically precise predictions of behavior

This last inflow is illustrative of the dynamic feedback loops theorized by SCT. Prior successes engaging in the behavior increase SE, which increases engaging in the behavior. Prior failures decrease SE, which decrease engaging in the behavior.
The dynamic computational model we propose is neither complete nor accurate, but it does make mathematically precise predictions of behavior at specified times based on the dynamic influences of SCT constructs. This provides the ability to confirm, refine, or refute aspects of this theoretical model based on empirical data.
Dynamic computational models are also essential to developing just-in-time adaptive interventions that base adaptations on precise theoretical predictions supported by empirical data.
Publicado por salud equitativa en 4:42