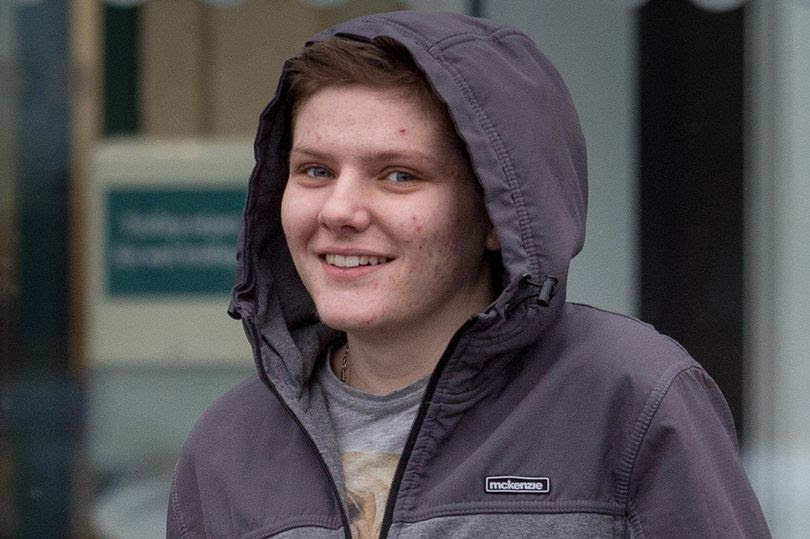 In one of most head-scratching stories so far this year, a British woman who began living as a man three years ago at the age of 17, has stopped her transition process to become a male because she wants to have a child.

After the National Health Service refused to freeze her eggs, Hayden Cross, 20, of Gloucester, who is currently unemployed, joined a Facebook group where she found a sperm donor. She is now four months pregnant although she has no idea who the father of her child is. As she told The Sun:

“I don’t know who the bloke was. To be honest I can’t remember anything about him. He wouldn’t even tell me his name. He didn’t want any contact. He said he was just doing it to help people. It was the first attempt and it worked. I was really lucky.”

She has told the media that she will be the “greatest dad”.

After the birth, Cross plans to have her breasts and ovaries removed and to continue transition to become a male. But she feels frustrated that her plans to transition have necessarily been put on hold. She told The Sun:

In the media, Cross is being billed as the first British man to give birth.

Donald Trump was a different sort of candidate and he gave a different sort of inaugural speech. It was short, sharp, divisive and isolationist, the kind of remarks that usually precede a massive swamp-draining project. But in one respect it was similar to speeches by other presidents: bioethics was not a major theme.
He did say that "We stand at the birth of a new millennium, ready to unlock the mysteries of space, to free the earth from the miseries of disease" -- which sounds vaguely promising for scientific and medical research.
His twice-repeated invocation of the Almighty suggests that he might follow a Christian line on controversial issues like contraception, abortion and assisted suicide.
But who knows? Mr Trump is a bit like that quintessentially American poet Walt Whitman -- "Do I contradict myself? Very well then I contradict myself, (I am large, I contain multitudes.)" No one really knows what he has in mind about a range of topics. Buckle up. It's going to be a bumpy ride.