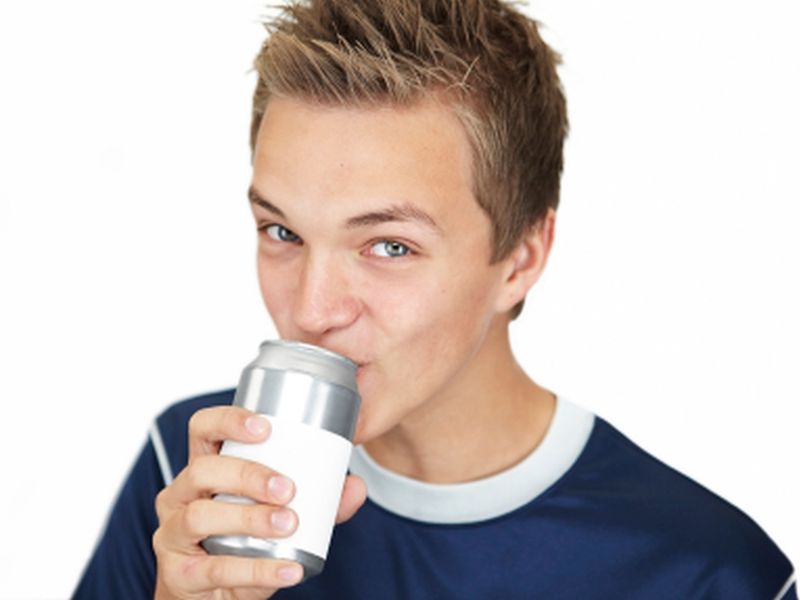 TUESDAY, May 9, 2017 (HealthDay News) -- Energy drinks can be deadly for people with a certain genetic heart condition, a small study warns.
Called long QT syndrome (LQTS), the condition affects 1 in 2,000 people and can cause a rapid, irregular heartbeat that can sometimes be fatal.
"The potential cardiovascular risk of energy drinks continues to emerge as an important public health issue," said lead investigator Christopher Semsarian, a professor at the University of Sydney in Australia.
"The population most at risk is teenagers and young adults, representing the population these drinks are most heavily marketed towards. Since energy drinks are widely available to all ages and over the counter, it is important that cardiovascular effects of these drinks are investigated," he added.
Previous research has shown that energy drinks can cause serious heart problems in people without genetic heart disease, but the researchers said this is the first study to examine the potential threat to people with LQTS.
The study included 24 people with hereditary LQTS, aged 16 to 50, who were assessed for 90 minutes after consuming an energy drink or a non-energy drink.
After consuming an energy drink, three of the patients (12.5 percent) had dangerous QT prolongation -- when heart muscle takes longer than normal to recharge between beats. Two of the three participants had sharp increases in blood pressure.
These patients all had a family history of sudden cardiac death. Two of them had previously experienced severe symptoms and received an implantable cardioverter-defibrillator for recurrent fainting.
The study was published May 8 in the International Journal of Cardiology.
"Some individual patients may be at a higher risk. We therefore suggest caution in allowing the consumption of energy drinks in young patients with LQTS," Semsarian said in a journal news release.
A heart doctor who wrote a commentary accompanying the study noted that these young patients are often unaware of their heart condition.
"Data suggest that the majority of LQTS patients destined to become symptomatic have the first event well after having become a teenager, which implies that a significant number of youngsters with LQTS will help themselves to energy drinks without knowing their real condition and thus endangering themselves," said Dr. Peter Schwartz. He is head of the Center for Cardiac Arrhythmias of Genetic Origin at the IRCCS Istituto Auxologico Italiano in Milan, Italy.
SOURCE: International Journal of Cardiology, news release, May 8, 2017
HealthDay
Copyright (c) 2017 HealthDay. All rights reserved.
News stories are written and provided by HealthDay and do not reflect federal policy, the views of MedlinePlus, the National Library of Medicine, the National Institutes of Health, or the U.S. Department of Health and Human Services.