The 9-valent human papillomavirus vaccine (Gardasil 9) (9vHPV) is FDA-approved for males and females 9 through 26 years of age. In addition to the two high-risk (types 16 and 18) (oncogenic) and two low-risk (types 6 and 11) HPV types targeted by the quadrivalent vaccine (Gardasil) (4vHPV), Gardasil 9 vaccine targets an additional five high-risk types--31, 33, 45, 52, and 58. All three HPV vaccines (Gardasil 9, Gardasil, and Cervarix [2vHPV]) protect against the high-risk HPV types 16 and 18, which are responsible for 66% of cervical cancers and 64% of all invasive HPV-associated cancers in the United States. The five additional high-risk HPV types covered by Gardasil 9 account for another 15% of cervical cancers and 11% of all HPV-associated cancers (14% in females and 4% in males). The seven high-risk types (types 16, 18, 31, 33, 45, 52, and 58) targeted by Gardasil 9 vaccine cause 75% of all cervical intraepithelial neoplasias grade 2 or worse. 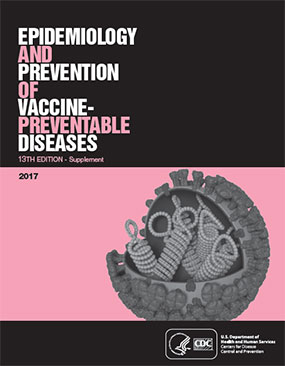 Gardasil 9 has been shown to have similar immunogenicity to Gardasil for the four shared types, and is approximately 95% effective against the five additional HPV types in the vaccine.
ACIP recommends routine vaccination at age 11 or 12 years. For those not vaccinated at the routine age, females age 13 through 26 years and males age 13 through 21 years should be vaccinated. Vaccination is also recommended through age 26 years for men who have sex with men and immunocompromised men (including those with HIV infection). Females can be vaccinated with Cervarix, Gardasil, or Gardasil 9. Males can be vaccinated with Gardasil or Gardasil 9. Regardless of the HPV product used, the schedule is the same. The second dose should be administered 1 to 2 months after the first dose, and the third dose 6 months after the first dose. A schedule begun with Gardasil or Cervarix can be completed with Gardasil 9. If vaccination providers do not know or do not have available the HPV vaccine product previously administered, or are in settings transitioning to Gardasil 9, any available HPV vaccine product may be used to continue or complete the series for females for protection against HPV 16 and 18; Gardasil 9 or Gardasil may be used to continue or complete the series for males.
There is no ACIP recommendation for routine additional vaccination with Gardasil 9 for persons who have completed a 3-dose vaccination series with one of the other HPV vaccines. As of April 2016, there are no data on efficacy or immunogenicity of 1, 2, or 3 doses of Gardasil 9 among persons who have received 1 or 2 doses of Gardasil. In an immunogenicity and safety clinical trial, 3 doses of Gardasil 9 (on a 0, 2, 6 month schedule) were given to females who had completed a 3-dose Gardasil vaccine series. The first dose of Gardasil 9 vaccine was administered 12 to 36 months after completing a Gardasil series. After 3 doses, more than 98% of vaccinees developed antibodies to all 5 additional types. Antibody was also measured after the first dose of Gardasil 9. Most, but not all, of the vaccinees in this trial developed antibody against all 5 additional types; only 67% of recipients developed antibody to HPV 45. Antibody titers were higher after the third dose than after the first dose. Antibody titers were not measured after the second dose.
In a cross-study comparison, geometric antibody titers for the 5 additional types among persons who received 3 doses of Gardasil 9 after 3 doses of Gardasil were lower than those of persons who received 3 doses of Gardasil 9 vaccine without prior HPV vaccination. The significance of the lower antibody titers is not known because there is no level of antibody identified that correlates with protection.
Safety has been evaluated in approximately 15,000 subjects in the Gardasil 9 clinical development program; approximately 13,000 subjects in six studies were included in the initial application submitted to FDA. The vaccine was well-tolerated, and most adverse events were injection site-related pain, swelling, and erythema that were mild to moderate in intensity. The safety profiles were similar in Gardasil and Gardasil 9 vaccinees. Among females aged 9 through 26 years, Gardasil 9 recipients had more injection-site adverse events, including swelling (40.3% in the Gardasil 9 group compared with 29.1% in the Gardasil group), and erythema (34.0% in the Gardasil 9 group compared with 25.8% in the Gardasil group). Males had fewer injection site adverse events. In males aged 9 through 15 years, injection site swelling and erythema in Gardasil 9 recipients occurred in 26.9% and 24.9%, respectively. Rates of injection-site swelling and erythema both increased following each successive dose of Gardasil 9. Compared with persons in other studies who were vaccinated with Gardasil 9 vaccine and had never received any HPV vaccination, those who received Gardasil 9 after a 3-dose Gardasil series had higher rates of injection site swelling and redness.

[P237 after 1st complete paragraph]
Two recombinant serogroup B meningococcal (MenB) vaccines are licensed in the United States. MenB-FHbp (Trumenba), manufactured by Pfizer, was licensed by the FDA in October 2014. MenB-4C (Bexsero), manufactured by GlaxoSmithKline, was licensed by the FDA in January 2015. Trumenba consists of two factor H binding protein fusion protein (FHbp) antigens from Neisseria meningitidis serogroup B, one from each FHbp subfamily (A and B). Bexsero consists of three recombinant proteins (Neisserial adhesin A [NadA]; FHbp subfamily B; Neisserial Heparin Binding Antigen [NHBA]); and outer membrane vesicles containing the outer membrane protein PorA from serosubtype P1.4.

[P239 Top]
For both Trumenba and Bexsero antibody responses were measured by serum bactericidal activity using human complement against select meningococcal serogroup B strains. Immunogenicity was assessed as the proportion of subjects who achieved a fourfold or greater increase in serum bactericidal activity using human complement (hSBA) titer for each of the serogroup B strains tested, and the proportion of subjects who achieved a titer greater than or equal to the lower limit of quantification of the assay for all strains (composite response). The lower limit of quantification was defined as the lowest amount of the antibody in a sample that can be reliably quantified. In a multicenter study conducted among adolescents 11–17 years of age in the United States, 81% of subjects who received Trumenba and concomitant 4vHPV had a composite response, and 83.9% of subjects who received Trumenba with saline had a composite response. In another study where Trumenba was administered with 4vHPV, MenACWY, Tdap or a combination Tdap-IPV vaccine, the immune response to MenB did not interfere with the other antigens, with one exception. The non-inferiority criteria for the geometric mean titer ratio after three doses of 4vHPV was not met for HPV18 strain in 4vHPV. However, greater than or equal to 99% of subjects achieved seroconversion to all four HPV strains.
In a randomized, controlled trial in the United Kingdom among college students 18–24 years of age, 88% of recipients of both doses of Bexsero had a composite response at 1 month following the second dose. At 11 months after the second dose, 66% of recipients had a response. In a randomized control trial in Australia and Canada among adolescents 11–17 years of age, 63% of recipients had a response 1 month after the second dose.
Top of Page

[P241 after 3rd complete paragraph]
Vaccination with Bexsero or Trumenba is contraindicated for persons who have had a severe allergic (anaphylactic) reaction to a vaccine component or following a prior dose. Severe or moderate acute illness is a precaution for Bexsero or Trumenba. No randomized controlled clinical trials have been conducted to evaluate use of MenB vaccines in pregnant or lactating women. Vaccination of pregnant and lactating women should be deferred unless the woman is at increased risk and, after consultation with her health care provider, the benefits of vaccination are considered to outweigh the potential risks.
Top of Page

[P242, after 3rd complete paragraph]
A total of 59,091 participants in vaccination campaigns following outbreaks received at least 1 dose of Bexsero, and three serious adverse events (rhabdomyolysis, anaphylaxis, and fever) were reported. All resolved without negative after effects. The adverse event profile was consistent with findings from clinical trials.
Both Bexsero and Trumenba contain factor H binding protein. In animal models, antibodies generated after vaccination with Bexsero were cross-reactive with human factor H, but it is not known whether anti-factor H antibodies develop in human recipients of the vaccine, or whether this poses a risk for autoimmunity as an adverse reaction. Autoantibodies to human factor H have previously been described in persons with atypical hemolytic uremic syndrome and alternative pathwaymediated glomerulopathies. FDA reviewed safety data from six trials of Bexsero and seven trials of Trumenba involving 3,100 and 4,500 vaccine recipients and, in most cases where an autoimmune condition was reported, symptoms had started before receipt of vaccine. Post-licensure safety surveillance will be important to identify any clinical implications of this hypothetical biologic mechanism for particular types of autoimmune disease. Onset of autoimmune disease related symptoms could be delayed well beyond vaccination and ongoing safety surveillance will be important.

[P242, after 4th complete paragraph]
The safety of Trumenba was evaluated in seven clinical trials, in which a total of 9,808 subjects received at least 1 dose of Trumenba. Four subjects reported seven serious adverse events (pyrexia, vomiting, vertigo, chills, headache, anaphylaxis and neutropenia). All resolved without sequelae. Subjects were asked about particular outcomes in the first seven days after administration; the most common adverse reactions were pain at the injection site, fatigue, headache, myalgia, and chills.
The safety of Bexsero was assessed in three clinical trials. Among 2,716 recipients, five serious adverse events (tremor, dyspnea, acute thyroiditis, and two cases of juvenile arthritis) were reported. All resolved without sequelae. The most common adverse reactions within 7 days after receipt of Bexsero in the clinical trials included injection site reactions, myalgia, erythema, fatigue, headache, induration, nausea and arthralgia.
Top of Page