... and the US government too, though a Trump appointee was attacked for saying so. 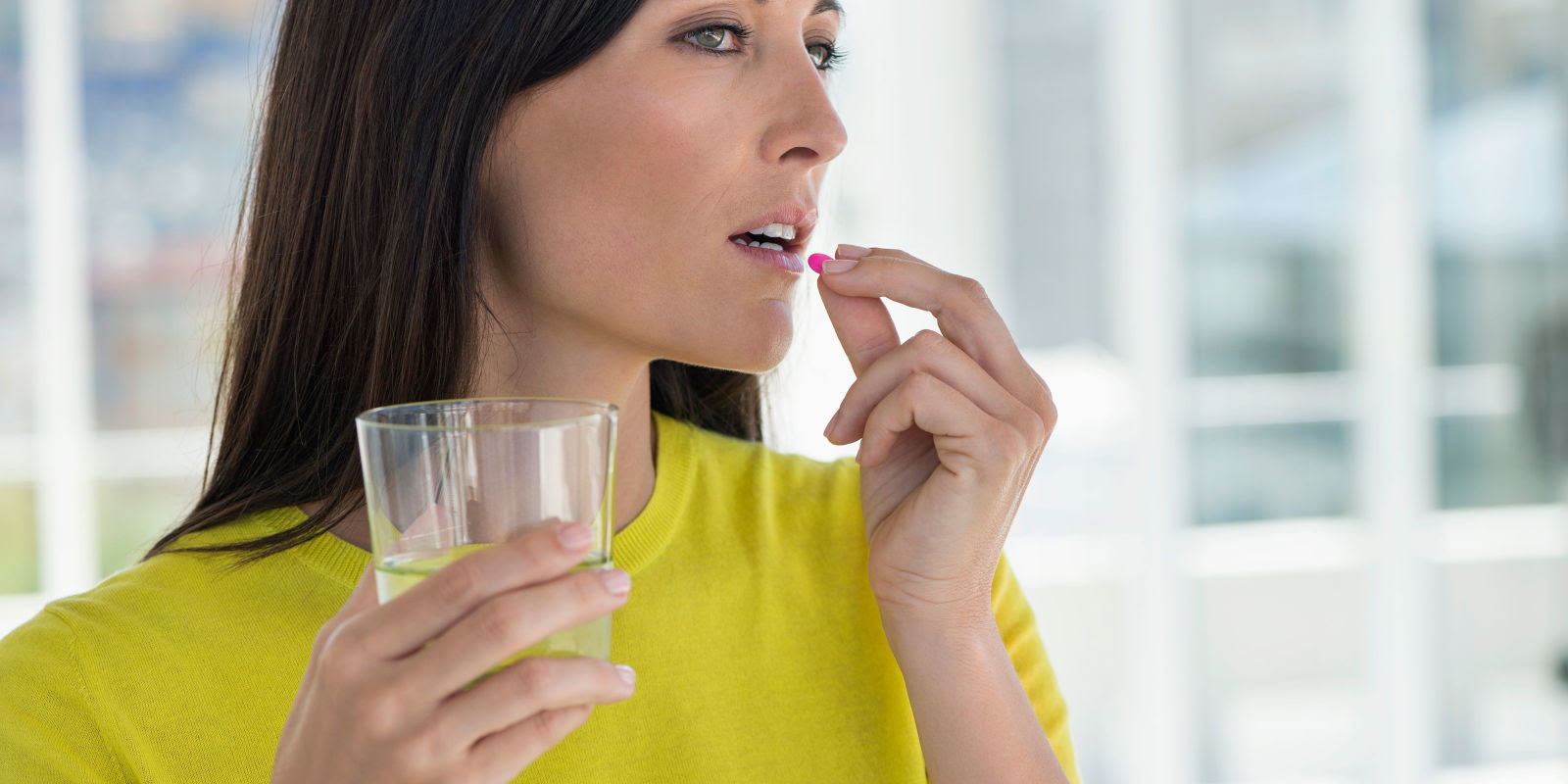 A public health official in the United States was recently attacked for her claims that some drugs and devices sold as “contraception” are actually abortifacients -- that is, they act to facilitate the death of developing human embryos. Her name is Katy Talento, who has been appointed to the Trump Administration’s Domestic Policy Council.
Here’s the problem for those attacking Talento: the Obama administration and the drugs’ own makers have already acknowledged Talento’s points.  Regarding the so-called “morning after” drug, Plan B, both the drugmakers and the Food and Drug Adminstration admit post-fertilization effects. Regarding Ella, another “morning-after” drug,  the manufacturers’ labeling information says the same.
When does pregnancy happen? Fertilization vs implantation
While pro-abortion, pro-emergency contraception groups regularly employ the term “pregnancy” to mean the time after which the human embryo has attached itself to the mother’s womb, according to many classic medical textbooks (though not all) genetically unique human life begins at the uniting of the male gamete with a female gamete (“fertilization”) to produce a single-celled zygote. At the very least, it must be said that a thorough review of medical dictionaries’ references to “conception” or “pregnancy” reveals no medical or scientific consensus in favor of implantation-based definitions of either term, and a more common acceptance of a “fertilization” based definition.
Morning-after pills can prevent implantation of fertilized embryos
The Secretary of HHS has acknowledged that some of the drugs covered by the HHS Contraception Mandate can act to prevent implantation, stating: “The Food and Drug Administration has a category [of drugs] that prevent fertilization and implantation. That’s really the scientific definition.”
She added: “[t]hese covered prescription drugs are specifically those that are designed to prevent implantation.” The FDA approved package insert for Plan B reads: “Plan B may prevent a fertilized egg from attaching to the womb (implantation).”
For Ella, another Emergency Contraceptive, the European equivalent to the FDA, the European Medicines Agency (EMEA), calls Ella “embryotoxic” at low doses in animals, and even cites numerous studies showing Ella causes abortions in animals.
Media mischaracterizes emergency contraceptives’ effect on fertilized embryos
Although not a scientific source, a New York Times article claiming that post-coital drugs were not embryocidal has gained so much attention that it merits brief attention.
Not only did the reporter rely heavily upon one study with a very small sample size and inconclusive results about post-fertilization effects, as well as a second study wherein the author was equally uncertain, but the reporter also omitted mentioning the most significant “study of studies” on the subject. This latter study, by  Rafael T. Mikolajczyk and Joseph B. Stanford, clearly supports a post-ovulation effect: ie, changing the lining of the uterus so that some fertilized embryos cannot implant and survive.
Finally, the author of the NYTimes piece eventually admitted that the FDA has refused—in the face of several requests by a Plan B manufacturer—to delete the reference to “implantation effects.”

Part of a handout included with packages of one of the medications, Plan B. NYTimes
How the pill affects fertilized embryos
Regarding “the pill” taken on a regular basis and not on the “morning after”, its manufacturers acknowledge that it may act to change the lining of a woman’s womb to shed an already formed human embryo. Merck pharmaceutical’s package insert for one type of pill reads, for example: “Combination oral contraceptives act by suppression of gonadotropins. Although the primary mechanism of this action is inhibition of ovulation, other alterations include changes in the cervical mucus (which increase the difficulty of sperm entry into the uterus) and the endometrium (which reduce the likelihood of implantation).”
Why women need to know about the pill’s effects
In short, the pill can work in several ways. It can suppress ovulation or alter cervical mucus to prevent fertilization, and thus act contraceptively. But at other times it may have other effects, such as changes to the lining of the uterus. If the contraceptive action fails and fertilization takes place, these hormonal methods may make it impossible for a newly conceived life to implant and survive. That would be a very early abortion. Medical opinions differ on whether or how often this may occur.
An article in the Archives of Family Medicine evaluating available evidence concludes that the evidence of postfertilization effects is good enough that women are owed this information in the name of ethical informed consent. The authors wrote: “good evidence exists to support the hypothesis that the effectiveness of oral contraceptives depends to some degree on postfertilization effects. However, there are insufficient data to quantitate the relative contribution of postfertilization effects. Despite the lack of quantitative data, the principles of informed consent suggest that patients who may object to any postfertilization loss should be made aware of this information so that they can give fully informed consent for the use of oral contraceptives.”
In sum, while currently there is no way to know precisely how these drugs work at any given time in an individual woman, a post-fertilization effect cannot be ruled out.
IUDs can prevent implantation of fertilized embryos
Regarding the IUD, medical studies also readily acknowledge the possible postfertilization effects, in much the same language as applied to the pill. The Archives of Family Medicine reports, for example, that: “There are many potential mechanisms of action for the intrauterine device (IUD), which vary by type of IUD (inert, copper, or hormonal). … [A]lthough prefertilization effects are more prominent for the copper IUD, both prefertilization and postfertilization mechanisms of action contribute significantly to the effectiveness of all types of intrauterine devices.”
Finally, a study by Dr. James Trussell of Princeton concluded that “Implantation occurs 6-12 days following ovulation. Therefore, copper IUDs can be inserted up to 5 days after ovulation to prevent pregnancy…. Its very high effectiveness implies that emergency insertion of a copper IUD must be able to prevent pregnancy after fertilization.”
In sum
The upshot of all of this? A woman’s health, women’s-right-to-informed-consent perspective requires acknowledging all the effects of drugs and devices sold as contraception….not just the effects convenient for the doctor…or for interest groups….to disclose.
Helen M. Alvare is a Professor of Law at George Mason University where she teaches and writes in the areas of family law, and law and religion. Republished with permission from Women Speak For Themselves.
- See more at: https://www.mercatornet.com/features/view/emergency-contraception-can-cause-abortions-big-pharma-admits/19215#sthash.gczoxIOw.dpuf

Marching and demonstrating is quite the thing to do these days but the annual March For Life in Washington, which starts in a few more hours (while the editors of MercatorNet are asleep Down Under) has been happening every year since 1974 – the first anniversary of the Supreme Court decision imposing legal abortion on all US states.
During that time it has grown to tens of thousands (estimates run to hundreds of thousands in some years) of participants, amongst whom young faces are prominent. Usually Big Media take little or no notice of the pro-life event, but tomorrow/today they will be keen to point out how the turnout compares with the anti-Trump women’s march of last weekend.
However, as the president of March for Life told the New York Times: “I don’t think that these numbers are the most important. The number most important for us is 58 million, which is the number of Americans that have been lost to abortion.”
Thank you, March for Life, for putting that sobering fact before America and the world once again. Sheila Liaugminas will be posting her impressions here in a day or two.