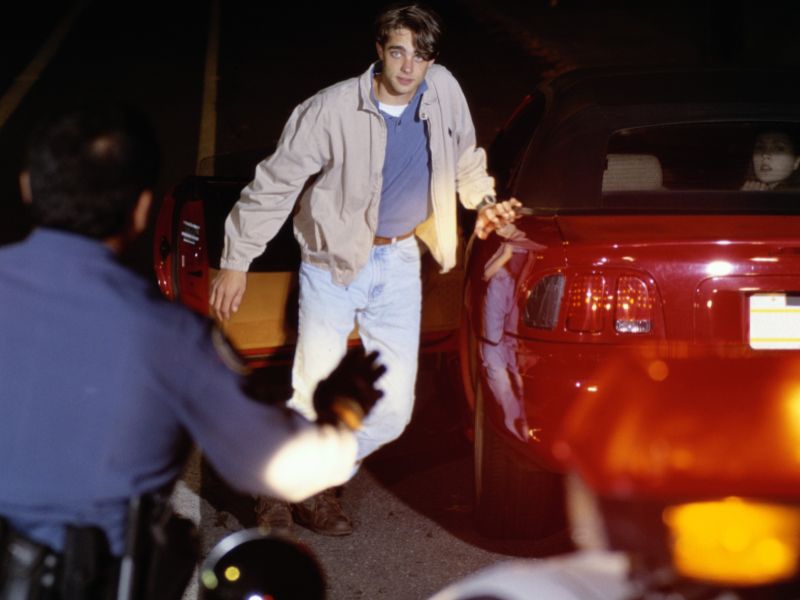 FRIDAY, Dec. 30, 2016 (HealthDay News) -- As millions of holiday revelers hit the roads after the ball drops on New Year's Eve, the trip home might be a little safer because fewer Americans say they're driving under the influence of alcohol.
A new U.S. government report, based on statistics from a survey of people aged 16 and up, said that 11 percent of those polled reported driving under the influence of alcohol in 2014; that number was 15 percent for 2002.
Despite this decrease, however, drivers and their passengers remain at risk. An estimated 28 million Americans were still driving under the influence of alcohol in 2014, according to the U.S. Substance Abuse and Mental Health Services Administration (SAMHSA) report.
"Although it is heartening to see a downward trend in levels of driving under the influence of alcohol, it still kills thousands of people each year and shatters the lives of friends and loved ones left behind," said Frances Harding, director of SAMHSA's Center for Substance Abuse Prevention.
"We must strive to save lives by reducing this public health threat through education, prevention, and all other possible measures," she said in a news release from the agency.
According to the report, the percentage of people aged 21 to 25 who acknowledged drinking and driving fell from 30 percent in 2002 to 19 percent in 2014.
The report also revealed that 4 percent of people aged 16 and older reported driving under the influence of illegal drugs in 2014, and 2.5 percent drove under the influence of both alcohol and illegal drugs.
In addition, the 2014 survey found that males were much more likely than females to drive under the influence of alcohol, illegal drugs or both.
According to the U.S. National Highway Traffic Safety Administration, alcohol contributed to one-third of traffic deaths in 2014.
SOURCE: U.S. Substance Abuse and Mental Health Services Administration, news release, Dec. 27, 2016
HealthDay
Copyright (c) 2016 HealthDay. All rights reserved.
News stories are provided by HealthDay and do not reflect the views of MedlinePlus, the National Library of Medicine, the National Institutes of Health, the U.S. Department of Health and Human Services, or federal policy.