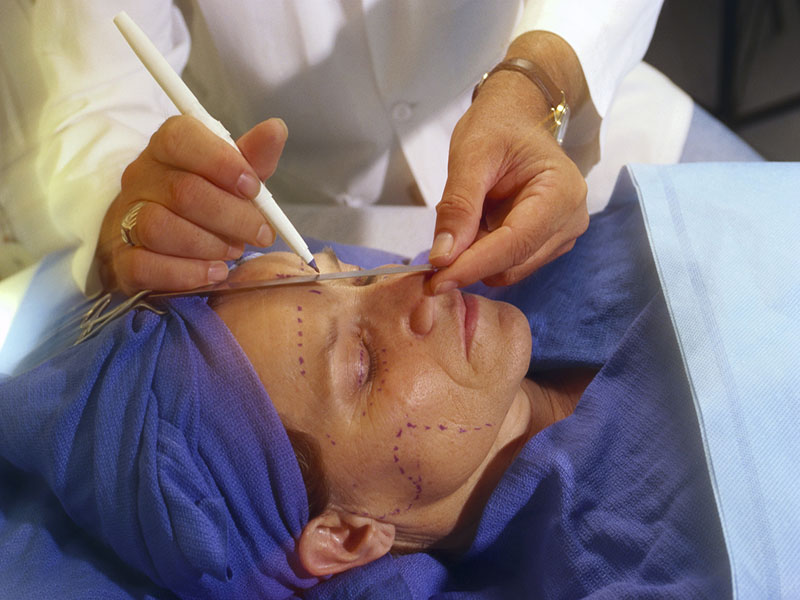 WEDNESDAY, Jan. 18, 2016 (HealthDay News) -- Nearly one in 10 patients seeking facial plastic surgery suffers from a mental illness that distorts their perception of physical defects, but doctors often don't spot the problem, new research suggests.
Researchers found that plastic surgeons correctly identified the diagnosis of body dysmorphic disorder (BDD) in less than 5 percent of patients who screened positive for the disorder.
According to published reports, many specialists suspect that the late superstar Michael Jackson -- who underwent repeated plastic surgeries that dramatically changed his appearance -- struggled with body dysmorphic disorder. Those affected with BDD, considered a type of obsessive-compulsive disorder, are overly preoccupied with perceived body defects that are actually miniscule and commonly involve the nose, eyes, skin or hair, the study authors said.
"We all knew patients with BDD were in our practice, but we didn't know the prevalence of it," said study author Dr. Lisa Earnest Ishii. She's an associate professor of otolaryngology-head and neck surgery in the division of facial plastic and reconstructive surgery at Johns Hopkins University School of Medicine in Baltimore.
"So one of the interesting findings was the high prevalence of BDD [our study] showed," Ishii added. "The other surprise was just how poor we were as surgeons at picking it up."
Prior research indicated that up to three-quarters of patients with body dysmorphic disorder consult plastic surgeons about cosmetic procedures, and up to six in 10 undergo unnecessary surgery to "fix" their perceived defects.
In the new study, Ishii and her team screened nearly 600 patients who sought facial plastic surgery consultations at three medical sites over 11 months. Patients were given a specialized questionnaire that determined if they had body dysmorphic disorder.
Despite how commonly the psychiatric condition was identified by the questionnaire -- almost 10 percent of patients screened positive -- only 4 percent of patients had been suspected of having the problem by plastic surgeons.
Ishii said she isn't sure why more plastic surgeons didn't suspect body dysmorphic disorder in their patients, but is concerned "we are inherently biased."
"We all went into this [field] with the goal of helping patients," she added. "So I feel we are biased to think, 'This patient just needs good help and I can provide that help, and if I just perform some kind of procedure on them, they will be better.' I think our inherent bias prevents us from seeing what's really there."
But Ishii's view was challenged by another plastic surgery expert. Dr. Rodney Rohrich, editor-in-chief of the journal Plastic and Reconstructive Surgery, believes that many body dysmorphic disorder patients aim to deceive plastic surgeons about their obsession with their appearance.
"One of the hallmarks of BDD patients is they don't like to be found out," said Rohrich, who is also a clinical plastic surgeon at the Dallas Plastic Surgery Institute. "If they're found out, they leave. These patients are very smart -- most won't even want to do this [BDD] questionnaire because they're so smart."
Ishii did not have data indicating how often the body dysmorphic disorder screening questionnaire is used by plastic surgeons nationwide, but noted that surgeons have typically felt "they do a very good job at screening for it."
She was reluctant to suggest a policy that would mandate formal screening, but does think the questionnaire should become the standard of care among plastic surgeons.
"The [questionnaire] is very easy to administer and incorporate into a busy practice, and given the patients we miss by not administering it, we stand a lot to gain," Ishii said.
Rohrich said that patient privacy laws would prevent doctors from sharing knowledge about plastic surgery seekers, who may "doctor-shop" if one plastic surgeon turns them down for a procedure because of concerns about the psychiatric condition.
"Every week we see patients like this, but they're very smart and they go from one doctor to another," he said. "But many times they're also very nice, so they do eventually find a surgeon who will operate on them again. And many have the means and resources to do so."
Ishii said plastic surgeons should refer suspected BDD patients to a psychiatrist with special expertise in the disorder. Rohrich said, however, that he feels the proper approach "is to never operate on these types of patients."
"I try to let them down softly. I try saying, 'I don't see what you see.' Sometimes I just tell them, 'I'm not good enough to give you the result you want,' " he said. "You have to be careful about that ... confronting them hasn't worked well. I tried getting them to go to therapy, but they wouldn't go."
The new research was published online recently in JAMA Facial Plastic Surgery.
SOURCES: Lisa Earnest Ishii, M.D., associate professor, otolaryngology-head and neck surgery, division of facial plastic and reconstructive surgery, Johns Hopkins University School of Medicine, Baltimore; Rodney Rohrich, M.D., editor-in-chief, Plastic and Reconstructive Surgery, and clinical plastic surgeon, Dallas Plastic Surgery Institute; Dec. 8, 2016, JAMA Facial Plastic Surgery, online
HealthDay
Copyright (c) 2017 HealthDay. All rights reserved.
News stories are written and provided by HealthDay and do not reflect federal policy, the views of MedlinePlus, the National Library of Medicine, the National Institutes of Health, or the U.S. Department of Health and Human Services.