For Inflamed Pancreas, Eating Right Away May Be Best Medicine: MedlinePlus Health News

For Inflamed Pancreas, Eating Right Away May Be Best Medicine: MedlinePlus Health News

For Inflamed Pancreas, Eating Right Away May Be Best Medicine

Contrary to long-held belief, it does not seem to worsen infection, researchers report 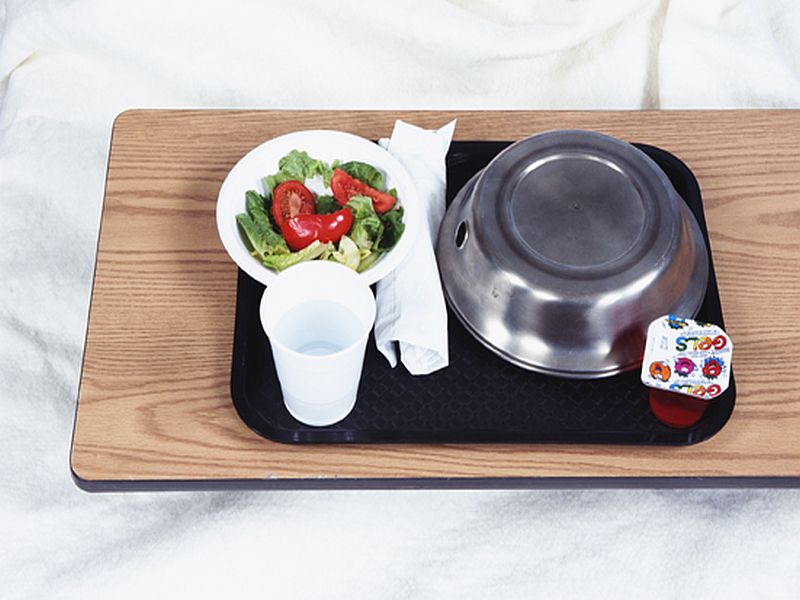 TUESDAY, May 16, 2017 (HealthDay News) -- Getting hospital patients with mild pancreatitis to start eating sooner may speed their recovery, a new study says.
The finding challenges the long-held belief that these patients should avoid solid food for days.
The University of Michigan researchers analyzed studies that included nearly 1,000 people hospitalized for pancreatitis. This is when the pancreas becomes inflamed, causing pain and swelling in the upper abdomen. Some common causes include gallstones and chronic alcohol use, according to the U.S. National Institute of Diabetes and Digestive and Kidney Diseases.
Patients with mild pancreatitis who were given food by mouth or by feeding tube within 48 hours of admission had fewer symptoms such as nausea, pain and vomiting.
They also had faster recoveries and spent less time in the hospital, the study authors said.
The risk of hospital readmission, complications or death was no higher than among patients who weren't given food until several days after being hospitalized.
While the evidence of benefits was weaker in patients with more severe pancreatitis, there was no harm in having them begin eating earlier in their illness either, the researchers said.
The study was published May 15 in the Annals of Internal Medicine.
"Food does more than just provide nutrition. It stimulates the gut and protects your body from harmful bacteria that might enter through the bowels," study author Dr. Valerie Vaughn said in a university news release. She is a clinical lecturer in general medicine at Michigan's medical school.
"Historically, we've been taught that if the pancreas was inflamed, eating would cause it to release more digestive enzymes and may worsen the situation -- so whatever you do, don't feed patients," Vaughn explained.
"Then, studies in Europe began to suggest that patients did fine if they were fed early, so we started feeding when lab values or symptoms reached a certain point," she said.
"Now, our thinking has moved all the way toward letting them eat immediately. Our thought process over the years has really changed, and we hope this study will lead to consideration of early feeding for more patients," Vaughn concluded.
SOURCE: University of Michigan, news release, May 15, 2017
HealthDay
Copyright (c) 2017 HealthDay. All rights reserved.
News stories are written and provided by HealthDay and do not reflect federal policy, the views of MedlinePlus, the National Library of Medicine, the National Institutes of Health, or the U.S. Department of Health and Human Services.
Publicado por salud equitativa en 11:28