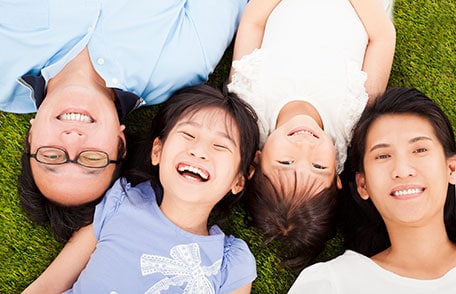 Did you know that beta thalassemia major, the most severe form of thalassemia, affects at least 1,000 people in the United States? By staying committed to long-term treatment, people with thalassemia can enjoy a full life.
Thalassemia is a group of blood disorders passed from parents to children through genes (inherited). A person who has thalassemia makes fewer healthy red blood cells. Their red blood cells do not produce enough hemoglobin, the protein that carries oxygen throughout the body. People with severe thalassemia can have various medical complications. They might also require lifelong blood transfusions for treatment.

Specialized care across the lifespan can help people who have thalassemia live as healthily as possible. Thalassemia is a treatable disorder that can be well-managed with blood transfusions and chelation therapy. A person with thalassemia will need to receive medical care on a regular basis from a hematologist (a medical specialist who treats diseases or disorders of the blood). If a doctor has prescribed either blood transfusions or chelation therapy, the most important thing a person with thalassemia can do is stick to their treatment schedules to prevent severe anemia (low numbers of red blood cells) and possible organ damage from iron overload.

Robert Mannino knows more about blood transfusions than most people. Since he was only six months old, he has spent much of his life in clinics, receiving transfusion therapy for beta-thalassemia. Thalassemia—there are two types known as alpha-thalassemia and beta-thalassemia–are inherited blood disorders. The red blood cells of a person with thalassemia don’t make enough of a protein called hemoglobin, which carries oxygen in the blood to all the parts of the body. Thalassemia is a treatable blood disorder that can be well-managed with
Robert credits his parents with the strength he came to eventually develop in himself to manage his condition. “At the time I was born, we were living in Kansas City. I was initially diagnosed incorrectly as having iron-deficient anemia, but eventually a hematologist, a doctor who specializes in blood disorders, came to the correct diagnosis of beta-thalassemia.” Shortly after this diagnosis, Robert and his family moved to Atlanta. By age 4, Robert was seen routinely at a major children’s hospital in Atlanta by a hematologist with expertise in treating thalassemia. Robert envisions his young parents at the time, struggling to learn all they could about a blood disorder as rare as thalassemia and determining how to find the right care for their son. Ultimately, Robert was fortunate to be seen by the same pediatric hematologist from age 4 to age 22, when he transitioned to a clinic that specializes in the diagnosis and treatment of adults with blood disorders.
Robert credits this consistent, outstanding care with making a vital difference in his life. His pediatric hematologist always encouraged him to ask questions about his condition. “The opportunity to question things led me to better understand thalassemia. This ultimately led to my interest in choosing science as a field of study.”
Now 25 years old, Robert is studying in a biomedical engineering PhD program that is a joint initiative between the Georgia Institute of Technology and Emory University. “I’ve always been interested in science and math,” says Robert. “I’ve spent a great deal of time in the hospital growing up and getting to know others with blood disorders. Now I now want to use my talents to help others.”
Read more about Robert’s story.

CDC funds one project that monitors blood safety in people with blood disorders. This project is called “Characterizing the Complications Associated with Therapeutic Blood Transfusions for Hemoglobinopathies.” Georgia State University, the University of Florida, and the University of California at San Francisco Benioff Children’s Hospital Oakland have been awarded funding to look at transfusion-related complications in people with hemoglobin disorders (sickle cell disease and thalassemia) and develop approaches for reducing these complications.