Major medical associations advise against use of creatine by kids 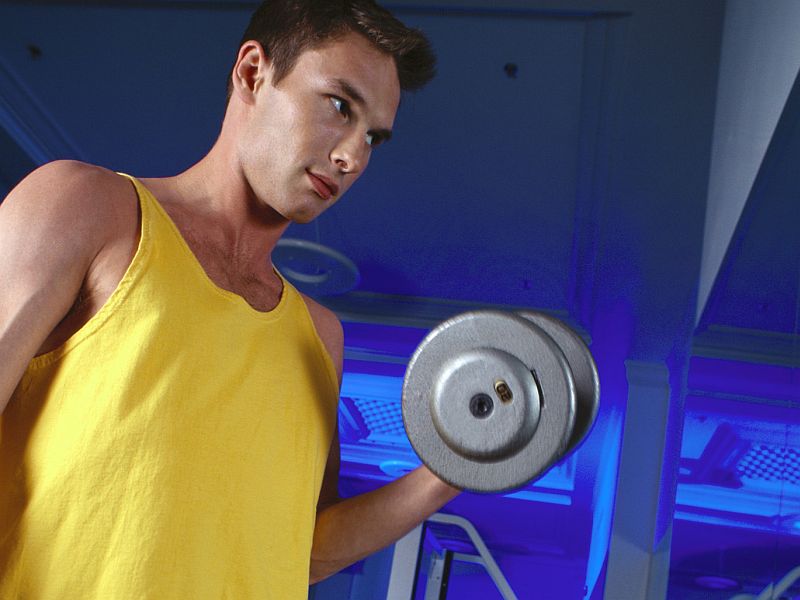 TUESDAY, Jan.3, 2017 (HealthDay News) -- Many U.S. health food stores recommend the dietary supplement creatine to minors as an athletic performance enhancer, even though major medical societies discourage its use by kids under 18, a new study reports.
When a researcher posed as a 15-year-old football player hoping to bulk up, more than two-thirds of sales attendants at health food stores across the nation recommended creatine, according to the study findings.
The American Academy of Pediatrics and the American College of Sports Medicine advise against use of creatine in people younger than 18, the researchers said in background notes.
"Creatine containers specifically say on the label they are not recommended for use under the age of 18, or not recommended for minors," said lead researcher Dr. Ruth Milanaik.
"The companies themselves are printing it upon their labels," added Milanaik, director of the neonatal neurodevelopmental follow-up program at Cohen Children's Medical Center in New Hyde Park, N.Y.
Creatine is a naturally occurring amino acid that's found in meat and fish. It's also produced by several organs in the human body, according to the University of Maryland Medical Center.
Creatine supplementation has become popular among body builders and competitive athletes because it's believed to increase lean muscle mass. It may also enhance athletic performance, Milanaik said.
However, the supplement also causes dehydration, drawing water out of the bloodstream and into the muscles to improve their function, Milanaik said.
Long-term use can damage the kidneys and liver, but it's of particular concern for still-developing youngsters, said Dr. Robert Glatter, an emergency physician with Lenox Hill Hospital in New York City.
"It can affect the organ itself and the ability of the organ to handle toxins," Glatter said. "If a child who's developing starts to use these products, it can cause dysfunction and affect how the organs might work long-term."
Creatine is bought in powder, liquid or pill form.
To see whether creatine is being recommended to youth despite these health concerns, Milanaik and her colleagues had a 19-year-old college student call 244 health food stores across the United States, posing as a 15-year-old football player.
The researcher told clerks he was looking to bulk up and gain strength for the upcoming football season. He asked what supplements would be best for him.
About 39 percent of the clerks recommended creatine without prompting, the study reports. Another 29 percent recommended creatine after the researcher asked about the supplement.
Nearly 75 percent of sales attendants also said 15-year-olds are allowed to purchase creatine, which is true -- there are no laws banning its sale to minors, Milanaik noted.
"None of what the vitamin shops and the health food stores did was illegal in any way, but they didn't have the best interest of the 15-year-old customer at heart," Milanaik said.
GNC, a U.S. chain of supplement stores, responded to the research. Creatine "is one of the most widely studied sports nutrition supplements for athletes of all ages, including teens, and its safety record is well established for use in accordance with product labeling," the company said in a statement.
"Our store personnel are consistently trained to discuss nutritional supplement products for use by a wide variety of consumers, whether athletes in training or individuals looking to maintain a healthy lifestyle and achieve specific wellness objectives," the GNC statement continued.
Glatter said he hopes the study is a "wake-up call" to parents, teens and coaches.
People interested in taking supplements need to seek advice from their doctor or nutritionist, rather than relying on a clerk at a health food store, he said.
"People who work in health food stores are not experts," Glatter said. "They may rattle off a bunch of terms and detail how the product may help you look better or feel better, but these are not experts. These are salespeople. People need to recognize this."
Young people who want to build strength and muscle mass are best off doing it the old-fashioned way, said registered dietitian Tomi Akanbi, a clinical nutrition coordinator with Mount Sinai Adolescent Health Center in New York City.
"Over-the-counter supplements are unregulated and often contaminated, which pose significant health and safety risks to adolescents," Akanbi said. "A well-balanced diet combined with age-appropriate athletic training can help adolescents build muscle mass and improve athletic performance."
The study was published online Jan. 2 in the journal Pediatrics.
SOURCES: Ruth Milanaik, D.O., director, neonatal neurodevelopmental follow-up program, Cohen Children's Medical Center, New Hyde Park, N.Y.; Robert Glatter, M.D., emergency physician, Lenox Hill Hospital, New York City; Tomi Akanbi, R.D., clinical nutrition coordinator, Mount Sinai Adolescent Health Center, New York City; February 2017 Pediatrics
HealthDay
Copyright (c) 2017 HealthDay. All rights reserved.
News stories are provided by HealthDay and do not reflect the views of MedlinePlus, the National Library of Medicine, the National Institutes of Health, the U.S. Department of Health and Human Services, or federal policy.