Of all ideas about assisted dying, this must be the worst 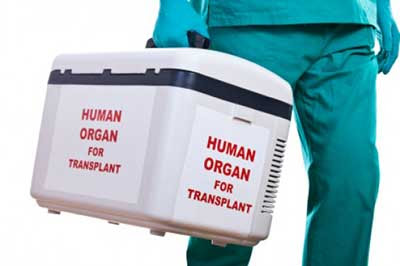 Well, well, that didn’t take long, did it? Euthanasia became legal in Canada in June and by December Quebec bioethicists had already published an article in the Journal of Medical Ethics calling for organ donation after euthanasia. In fact, they were reflecting the positive opinions of the both the Quebec government and of Transplant Quebec, the professional association of transplant surgeons
The authors, Julie Allard and Marie-Chantal Fortin, bioethicists at the University of Montreal, argue that their proposal is a kind of homage to autonomy:

However, they insist that the decision to donate should be separate from the decision to be euthanized. They point out that such a policy could have a negative impact upon the public’s perception of organ donation, so they urge that further studies be done.
Not very publicized, but pre-dating the publication of the JME article, are position statements from Transplant Quebec (no link available) and an ethics committee of the Quebec government. The latter stated on May 11 that:

Considering that a request for medical help in dying is a right, that organ donation is socially acceptable and it is an express request of the patient, and considering that the Commission [Commission de l'éthique en science et en technologie]  has always praised organ donation in preceding position statements, the Commission recommends that all the institutions responsible set in place the necessary conditions for making these two requirements compatible.

Allard and Fortin contend that organ donation euthanasia will always be a rare option, because most patients who request euthanasia are dying of cancer, which would normally make them unsuitable as an organ donor.
As a policy, it has only been rolled out in Belgium and the Netherlands. Between 2005 and 2015, 21 Belgians donated organs following euthanasia. The Dutch lag behind, but so far 15 patients have asked to donate organs following euthanasia.
What is the ethical reasoning behind such a procedure? It is based upon respect for the patients’ autonomy.

Several countries, including Canada and the USA, believe that a person who is able to give free and informed consent (or refuse such consent) is entitled to decide what will happen to his or her body.

Allard and Fortin acknowledge that there might be some ethical complications. Patients might feel that they are a burden and could only be useful if they were to give their organs. This would constitute a subtle form of coercion. However, Allard and Fortin are confident that this can be overcome.

It will be difficult to disentangle patients' motivations for requesting MAID, but the complete separation of the two decisional processes should help to ensure that the MAID request is motivated by unbearable suffering, as required by law, and not by the feeling that one's value is limited to one's organs.

Of all the bad ideas associated with euthanasia, this must be one of the worst. The potential for exploiting vulnerable people is immense. Imagine that you have recently become a quadriplegic after a motorcycle accident. You are lonely, frustrated, discouraged; you think that life has no meaning, that you are a useless encumbrance on your family and society. You don’t believe the doctors who insist that paraplegics can and do live fulfilling and happy lives.
One day, from your hospital bed you see a TV program in which a transplant surgeon praises the unforgettable generosity of So-and-so whose life was not worth living but found a way to give life to others, etc, etc. Wouldn't you think of ringing up the doctor and asking him how to go about it?
It could get even worse. What if organ donation organisations promoted an standard advance directive which instructs your next-of-kin to arrange for organ donation euthanasia if you become seriously demented? There is no reason why this could not happen. In Belgium, demented people can be euthanized and organs are being accepted, even from elderly people. That would clean out the nursing homes and shorten the kidney waiting list.
How is Canada going to stop this from happening?
Michael Cook is editor of MercatorNet. An earlier version of this article was published in BioEdge, which he also edits.

Today's theme is euthanasia. In Australia, it is a hot topic with one state, Victoria, seriously considering legalisation later in the year. Writing from Sydney, Debra Vermeer warns Australians that euthanasia is a runaway train. Everywhere that it has been legalised, it expands far beyond what its supporters originally predicted.
In Canada, for instance, bioethicists are already mooting the possibility of combining euthanasia with organ donation. What an horrific prospect for the disabled.