Improved treatment for type 2 diabetes might result from a new study by University of Queensland researchers. 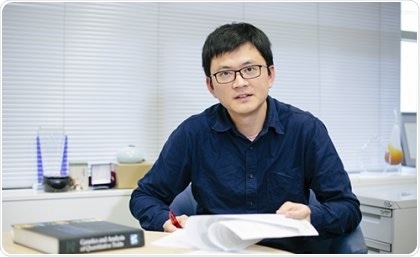 Professor Jian Yang from the Institute for Molecular Bioscience (IMB) and Queensland Brain Institute, and IMB colleague Angli​ Xue, investigated how genetic variants in the DNA in or around our genes may trigger the disease.
“The largest sample size to date – nearly 63,000 people with type 2 diabetes and nearly 600,000 people without the disease – allowed us to identify 42 new genetic variants,” Professor Yang said.

The team used a statistical tool co-developed by Professor Yang to examine genes in a new way, and integrated other biological information to gain a clearer understanding of how and why genes are associated with type 2 diabetes.
“Using this technique, we then examined how a series of genes may be linked to the development of type 2 diabetes.”
He said the discovery is a big step forward in understanding the underlying causes of the disease.
“We found that some of the identified genes are already targeted by existing approved drugs, providing a potential opportunity to re-purpose these drugs to treat type 2 diabetes.”
Professor Yang said further genetic studies will be important in combating of the world’s biggest heath concerns.
“The worldwide prevalence of type 2 diabetes has almost doubled from 4.7 percent in 1980 to 8.5 percent in 2014,” he said.
“Knowing more about how our genes contribute to its development is critical to finding new opportunities to prevent and treat this disease.”
Source:
https://www.uq.edu.au/news/node/122149
Publicado por salud equitativa en 8:45