By Sally Robertson, BScApril 25, 2018
Engineers from the University of Wisconsin-Madison have developed a new technology that can gauge whether an injured tendon has healed well enough for a person to return to physical activity. 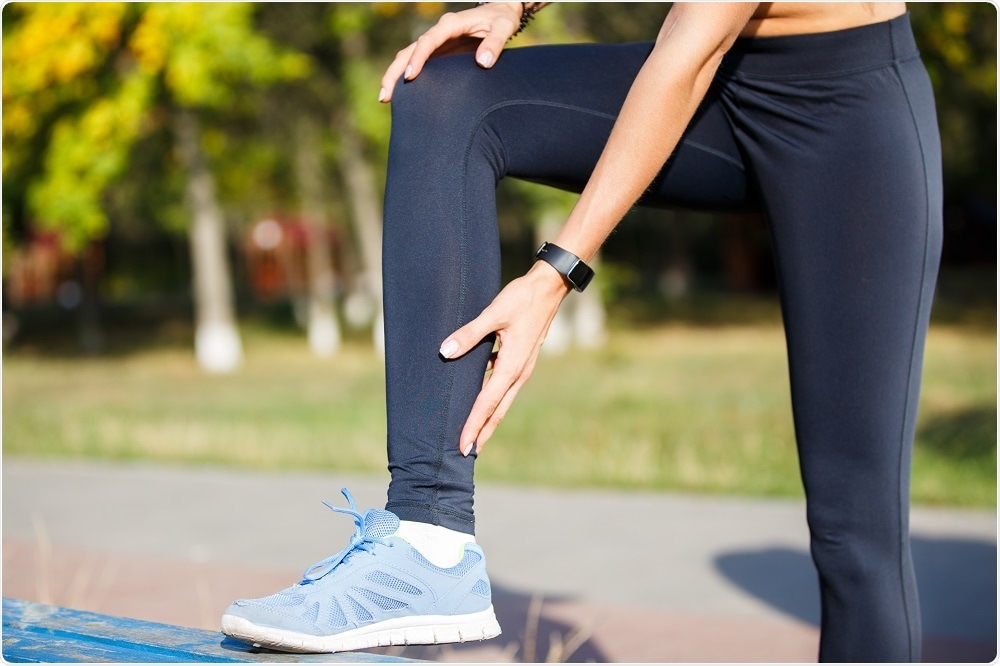 Credit: Skumer/Shutterstock.com
Mechanical engineering professor Darryl Thelen and colleagues devised a way of non-invasively measuring tendon tension while a person engages in physical activities such as walking or running.
Muscles generate movement by pulling on the tendons that connect them to the skeleton, but measuring the forces transmitted by a tendon within a living person is challenging.
"Currently, wearables can measure our movement, but do not provide information on the muscle forces that generate the movement," says Thelen.
As reported in the journal Nature Communications, Thelen and team developed a simple, wearable, non-invasive device that can be placed on the skin over a tendon to measure tendon force.
The device assesses the vibrational characteristics of changes in a tendon when it undergoes loading, as is the case during movement.

We've found a way to measure the vibrational characteristics - in this case, the speed of a shear wave traveling along a tendon - and then we went further and determined how we can interpret this measurement to find the tensile stress within the tendon."
Darryl Thelen, Lead Author

The device can assess what happens in the tendon when a person changes their gait by varying their step length or speed, for example.
The team successfully demonstrated the capability of the device to measure forces in the Achilles tendon, the patellar and the hamstring.  By assessing the behaviour of muscles and tendons in this way, clinicians may be able to plan more effective treatments for patients with musculoskeletal injury or disease.
Thelen says the new technology has great potential, both for applications in basic science and the clinical field.

Tendon force measures could be used to guide treatments of individuals with gait disorders. It may also be useful to objectively assess when a repaired tendon is sufficiently healed to function normally and allow a person to return to activity."
Darryl Thelen, Lead Author