Scientists at the Biozentrum of the University of Basel have mapped the developmental trajectories of more than 40,000 individual cells and found that cell fates are determined much later than previously thought. 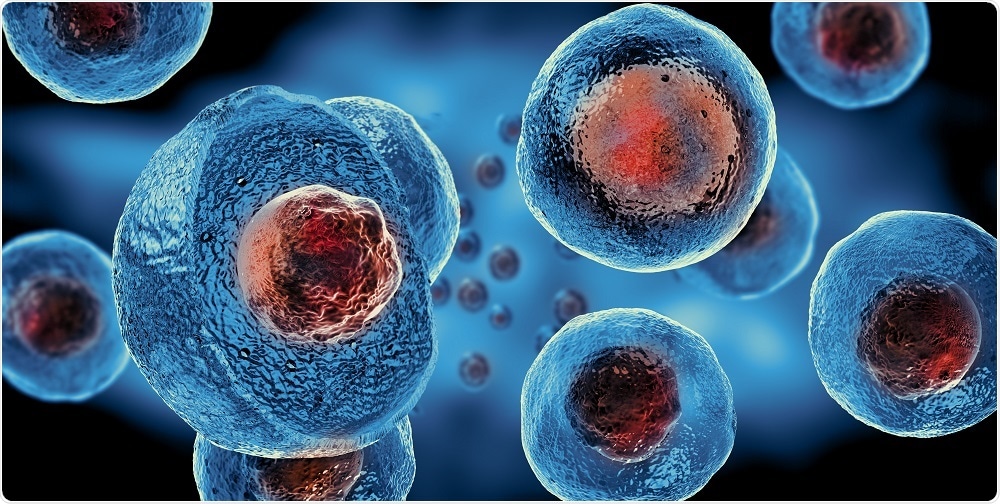 Credit: Giovanni Cancemi/Shutterstock.com
Each cell in the human body is derived from the fertilized egg, the successors of which undergo a genetic program called differentiation, to become a specialized cell such as a blood, heart or nerve cell.
Alex Schier, Alex Schier, Director of the Biozentrum,, and his research team recently created a novel technique which they used to analyse developmental lineages of thousands of cells in order to generate a complete history of differentiation. This data was then used to create a comprehensive developmental tree to be used for embryogenesis.
The research group were surprised to find that  cells sometimes deviate from their intended course during differentiation, changing the type of cell they will become.
The researchers isolated 25 various cell types and approximately 40,000 cells that develop in zebrafish for nine hours. By analyzing the RNA (a duplicate of the genetic material), they were able to explore how the cells mature.
The new software, which has been named URD, was created by Schier and his team to combine and draw comparisons between different sets of data.
It is a novel high-throughput single-cell RNA sequencing technique that allows scientists to analyze every gene active in the developmental process of multiple cell types. This is a huge advancement, as previous techniques could only be used to assess a few genes.

Schier’s team harnessed this novel technology to recreate an expansive, branched tree that monitors the developmental progress of each particular cell from fertilization. The spatial origin in the undeveloped embryo was also mapped to the cells.
The outcomes of the study prove that the genetic program observed by a cell on its journey to maturity is not pre-determined as once thought: “It seems that the developmental path of a cell is more flexible than we previously expected”, Schier remarked.
The study indicates that environmental factors can cause cells to deviate from their intended path, resulting in entirely different cell types being formed.
The team will now try to increase the lineage tree in size and explore this phenomenon in other various types of cell and monitor cells developmental processes over an extended period of time.

My aim is to merge the developmental trajectories and the lineage trees to one complete whole. If we can understand the logic behind cell differentiation, we may, one day, be able to answer the question: How many ways are there to build a heart or a brain?”
Alex Schier, Director of The Biozentrum at The University of Basel