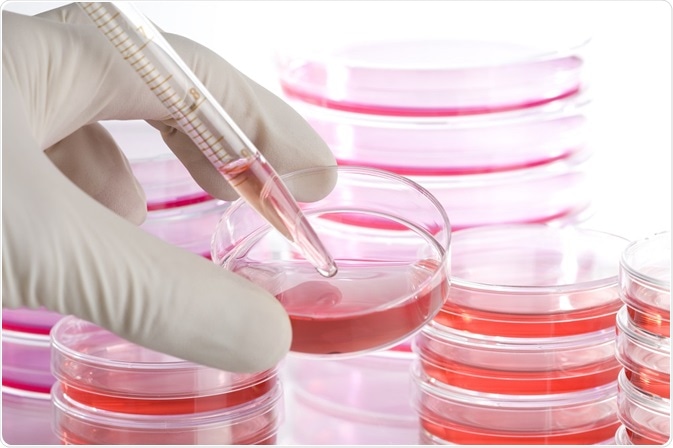 EIS-based biosensors are popular in biology applications such as food science, medicine, and environmental analysis, since the instrument can be miniaturized using microelectromechanical systems (MEMS) technology.
Biomolecular reactions are then converted into impedance diagram data. EIS-based sensors for these applications usually have an electrochemical cell consisting of two electrodes filled with electrolyte solution.
The electrodes are fitted with target-specific receptors for biomolecules. The target biomolecule modifies the interfacial properties of the electrode, resulting in changes to impedance values. Examples of events that can be monitored using EIS are the formation of antigen-antibody complexes, DNA hybridization, and enzymatic reactions.

There are two types of EIS-based biosensors: Faradaic (f-EIS) and non-Faradaic (nf-EIS) sensors. The difference between the two types is the use of a reduction/oxidation (redox) reagent.
The electrolyte solution for an nf-EIS-based sensor does not contain a redox reagent. Instead, it depends on a capacitance change at the interface between the electrode and electrolyte.
The f-EIS-based sensor uses charge transfer between the electrode and a redox reagent. The f-EIS sensor has a higher sensitivity than an nf-EIS sensor. However, it can be difficult to detect certain specific biomolecules using the f-EIS sensor due to interactions with the target molecule.
For example, the redox reagent contains metal ions like aluminum, iron, and zinc. These metal ions may promote the aggregation of amyloid beta, which is the main component of amyloid plaques found in the brain in Alzheimer’s disease. This aggregation can interfere with the accurate detection of amyloid beta. Another biological application of EIS is described in a study of the electrical impedance properties of rat lung and other tissues.
The electrical impedance of a tissue is a function of its structure and can be used to differentiate normal and cancerous tissues. EIS can be used to characterize those cellular changes in a quantitative manner, and therefore represents a potential method for gathering prognostic information for a disease condition.
In biological systems like the human body, electrical conduction is caused by the movement of ions in an aqueous biological medium. The current in a tissue is related to ionic content and ionic mobility. The characteristics of the cell that affect impedance include the integrity of the plasma membrane, cell volume, and intra- and extracellular conductivities.
Researchers were able to study the electrical properties of rat lung and determine the part of impedance associated with resistive and capacitive pathways across the tissue. The results were useful in understanding the variation in the electroporation parameters of different tissues, and how to optimize them based on physiological, morphological, and pathological conditions.
Reviewed by Liji Thomas, MD.