By Sally Robertson, BScApril 3, 2018
A new study suggests that pasta can be included as part of a healthy diet, without necessarily leading to weight gain. 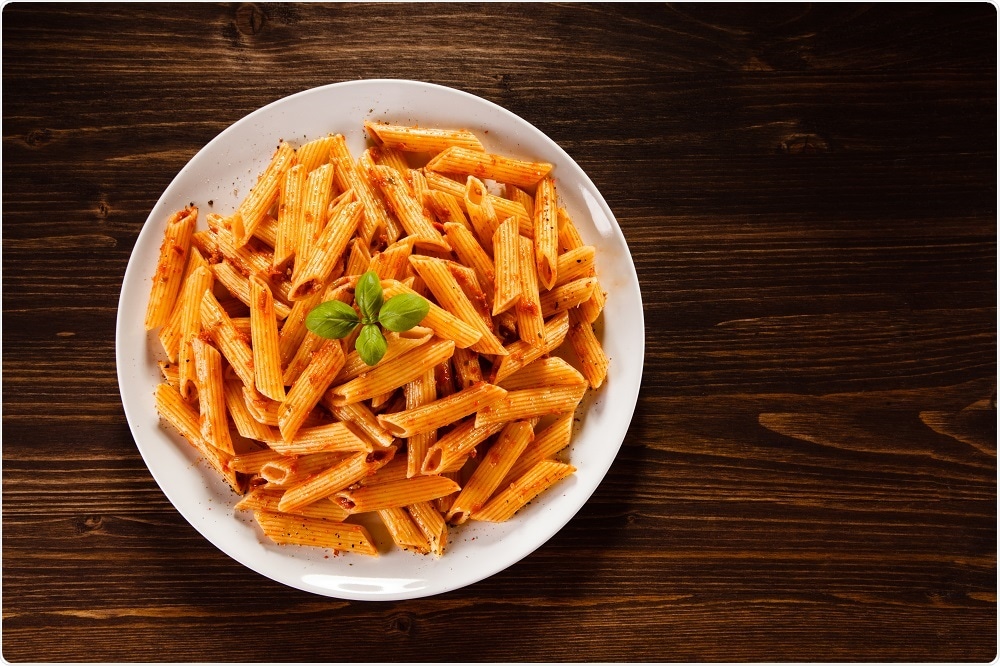 Credit: Jacek Chabraszewski/Shutterstock.com
Pasta is an example of a “refined carbohydrate”, which have previously received a lot of bad press and been implicated as contributors to the obesity epidemic. This is due to most refined carbs being quickly absorbed by the bloodstream.

However, pasta has a low glycemic index and therefore does not increase blood sugar levels to the same degree as comparable carbohydrates.
Researchers at St Michael’s Hospital conducted a systematic review and meta-analysis of all available data on the subject from randomized controlled trials. They found 30 trials involving almost 2,500 participants who consumed pasta instead of other carbohydrates as part of a healthy diet with a low glycemic index.
"The study found that pasta didn't contribute to weight gain or increase in body fat. In fact analysis actually showed a small weight loss. So contrary to concerns, perhaps pasta can be part of a healthy diet such as a low GI diet, " says lead author John Sievenpiper from the Clinical Nutrition and Risk Modification Centre.
The participants ate an average of 3.3 pasta servings per week, with one serving equaling about half a cup of cooked pasta.
As reported in BMJ Open, the participants lost approximately half a kilogram in weight over a median follow-up period of 12 weeks.
The authors emphasised that the findings are generalizable to pasta consumed alongside other low-glycemic index foods as part of a low-glycemic index diet. However, they added that further research is required to establish whether a lack of weight gain is also seen when pasta is consumed as part of other healthy diets.

We can now say with some confidence that pasta does not have an adverse effect on body weight outcomes when it is consumed as part of a healthy dietary pattern."
John Sievenpiper, Lead Author