What is lipodystrophy and why is it so rare?

Lipodystrophy is a condition that impacts a person’s ability to produce and store fat. It can be categorised into different forms, including acquired and inherited, and partial and generalized. Generalized lipodystrophy results in a total of loss of subcutaneous body fat, and partial results in a loss of some fat in different areas of the body depending on the cause of that particular case of lipodystrophy.
The cause of acquired forms of lipodystrophy has not yet been established, but currently the consensus is that it may be an autoimmune response following trauma, such as a viral infection. As for the inherited forms, the presence of an unknown mutation, with an estimated prevalence of approximately one in a million people worldwide, is thought to be the cause.  Lipodystrophy often follows an autosomal dominant inheritance pattern that is not sex-linked, meaning offspring have a fifty per cent chance of inheriting the condition. Despite the high chance of passing it on genetically, the condition’s limited incidence within the population as a whole, means it is defined as ultra-rare.

How does having low body fat impact health with the condition?

For a long time, the role of fat as an organ in the body of obese patients and patients with lipodystrophy was not well understood. However, body fat’s important metabolic role has recently become much clearer, alongside the fact that excess fat has similar detrimental metabolic complications as too little fat.
Critically, there is a very fine balance between too much fat, and too little, and this must be regulated constantly. When an issue with this balance exists, in either direction, metabolic complications ensue.

What is the relationship between lipodystrophy and leptin?

Leptin is a hormone produced by adipocytes (fat cells) that regulates satiety and fat storage. In a condition, such as lipodystrophy, where there are not enough fat cells, patients are not able to produce enough leptin. 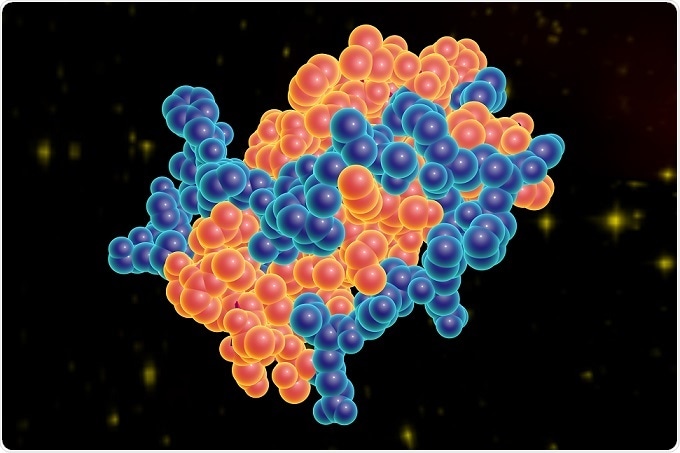 © Kateryna Kon/Shutterstock.com
No matter how much people with lipodystrophy or other conditions that cause hypoleptinemia eat, they can experience feelings of constant hunger. They might feel full physically, but they are ‘psychologically hungry’ as the signal fails to reach the brain. This is an issue because the more you eat, the more difficult it is then to therefore regulate diet and eat healthily. In addition, the amount of calories that are consumed increases if you are eating large amounts of food. The metabolic complications and imbalances of lipodystrophy are a huge concern for healthcare professionals and patients.

Is it easy for doctors to diagnose the condition?

Lipodystrophy is easy to diagnose if clinicians know which symptoms are relevant for the condition. The problem is, many doctors and consultants within the medical community have not experienced a case of lipodystrophy before, even in diabetes clinics and endocrine clinics, so they are unfamiliar with the condition. In addition, patients present a broad range of symptoms that are often mistaken for poorly managed diabetes. This is why it is important to raise awareness of lipodystrophy in the medical community, particularly for diabetes clinics and endocrinology clinics, but also amongst general practitioners.
The diagnosis is even more complicated for patients with partial lipodystrophy. These patients have very little fat in their extremities, but may have a lot of visceral fat (fat that is packed in around the organs). To the untrained eye, this could look like a case of uncontrolled Type 2 diabetes. Patients can go undiagnosed for years, often being diagnosed in their twenties, thirties, even forties, with many misdiagnoses along the way.
For medical professionals familiar with lipodystrophy-associated conditions and actively look for it in patients, the physical implications including muscular legs and arms, sometimes a retention of visceral fat around the torso area, face, and on the neck and back, can be quite obvious. Medical professionals can see the physical signs and blood tests may show very severe insulin resistance, for example. It then becomes a much more obvious picture.
The only form of the condition which is more commonly picked up is generalised lipodystrophy, because it's a much more extreme version of the condition, where there's no subcutaneous fat whatsoever. These patients tend to be diagnosed earlier on in life because the complications are much more severe.

Are there any further complications which develop due to the condition?

A lot of the complications seen with conditions like lipodystrophy are those normally associated with Type 2 diabetes. These can include cardiovascular disease, liver disease, kidney disease, neuropathy, retinopathy, etc. Often these conditions are much more severe in lipodystrophy patients and occur rapidly as the metabolic problems are more severe in these patients than those with diabetes.
Hypoleptimia is one of the resulting symptoms that the effects are more severe in lipodystrophy patients, as it affects the ability to manage diet effectively. A couple of the big problems within the community are heart disease and related complications, and also fatty liver disease, known as non-alcoholic hepatic steatosis.
The physiological impact of lipodystrophy is also a concern for clinicians. Patients often struggle with their appearance, particularly women, because of the muscular appearance commonly experienced in some forms of lipodystrophy. Typically, if you see an extremely muscular man, it is not unusual, whereas it is less common to see those same features in a woman within our society, so many patients experience body image issues.

What motivated you to create a patient group for lipodystrophy?

I received my lipodystrophy diagnosis when I was 17, and the first thing I asked was if there is a support group that we can join and meet other people. Unfortunately, there wasn't anything available, and that really set me on the path! I wrote a letter, which I gave to the lead commissioner in the UK, and asked if he would be willing to pass it on to other patients, so that if they wanted to they could contact me. I met several people who contacted me on the basis of that letter, that's where it all started.

I later started a website which included patient support teams that worked in collaboration with other groups. Patients could then speak to medics, dieticians, nurses, and consultants about aspects of their condition. This was important because in a 10-minute, or 15-minute consultation, there's always questions you forget to ask or don’t have time to bring up. We started hosting days where people could ask all those questions and it really helped us as patients to get to know each other and share experiences. Having that sense of community really helped and it’s all grown from that.

Why are awareness campaigns important for rare conditions such as lipodystrophy?

Awareness campaigns are really important for the medical community, but also for the community at large. In the medical community, raising awareness helps people to get diagnosed much quicker. For lots of rare diseases, the average wait to get the correct diagnosis is about seven years, so anything that can decrease that time is worthwhile.
Boosting awareness also means that, where treatments are available, patients can be treated quicker. While there's no specific treatment or very little specifically for lipodystrophy, you can treat the complications such as diabetes. If you're being treated properly, you'll have a better long-term outcome.
Also, it is important that patients are able to recognise the symptoms of lipodystrophy so that they can attend support groups to help with the psychological side effects. Patients often feel under pressure because people don't believe them. It's not nice to label, but also at the same time, it was a relief at the time of my diagnosis because we could put a name to it and we began to think, maybe we can do something now, maybe we can find answers. It’s the not knowing that is really difficult for people.

It is not just the medical profession that need to be aware of the psychological impact, but also, society at large. Currently, there are many expectations in society in terms of the way people should look. It's important that we address this and teach children that people who look different should still be considered normal and should be accepted in the same way and respected.
This doesn’t just go for people with lipodystrophy; it goes for people with disabilities of all descriptions. It is for anybody who doesn't fit within the normal sphere. People need to gain an understanding of differences and accept them, and in fact, embrace them, so that our lives are not made more difficult because of ignorance. This is where raising awareness for certain conditions can help!

How does raising awareness benefit patients?

Knowledge is power - the more patients know about a condition, the more they can do to support themselves, as well as making sure they get the right help medically.
In addition, the more awareness we are able to generate within the field creates interest and inspires research, potentially leading to treatment options that are not currently available.
Also, in a sense of life in general, raising awareness of anything is a good thing because it breeds acceptance. It allows people to not be ashamed about either the way they look or the kind of medication regime that they have to deal with, and allows them to be themselves. This applies to all aspects of life, especially working situations where provisions may be needed so that people can be a part of society and not miss out on certain opportunities because of a condition that they have no control over.

Where can readers find out more information?

Join our community and follow us on twitter to keep up to date with the work we are doing at Lipodystrophy UK: https://twitter.com/lipodystrophyuk 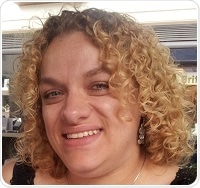 Rebecca Sanders is the Co-founder and Chair of Lipodystrophy UK, the only UK charity set up to support people affected by lipodystrophy and raise awareness of the condition. Following diagnosis, Rebecca was motivated to fully understand her own condition and undertook a Masters degree, looking at aspects of fat metabolism, to discover more about lipodystrophy. Currently Rebecca is based in Oxford, working in biological scientific research.
As Chair of Lipodystrophy UK, Rebecca is driven to raise awareness of lipodystrophy, not only with the general public, but also amongst the clinical community, to ensure that as many people as possible understand what lipodystrophy is and the effects it can have on those living with it.
Publicado por salud equitativa en 7:39