By Sally Robertson, BScApril 12, 2018
A new study conducted at Chalmers University of Technology, Sweden has shown that two commonly available iron compounds increase the formation of a known biomarker for cancer. 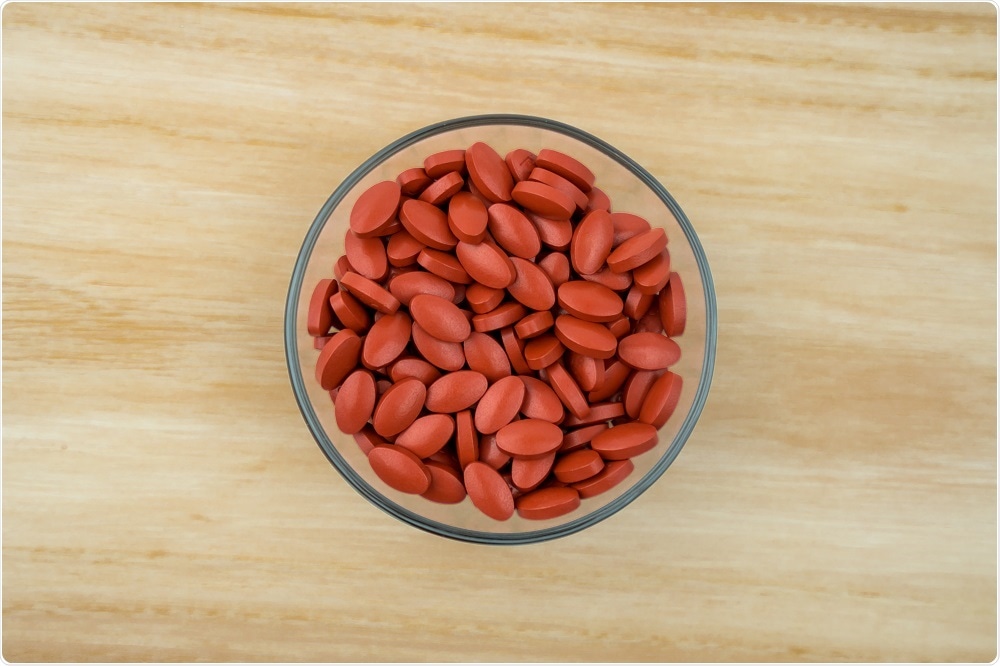 Credit: Fahroni/Shutterstock.com
One of the compounds, ferric citrate, is often found in dietary supplements and the other, ferric EDTA, is a commonly used food additive.
The compounds have previously been shown to contribute to tumor formation in mice, but this is the first time researchers have looked at the potential effects on human cells.

The study looked at the effect of normal supplemental doses of the compounds on two types of cultured human colon cancer cells. As a comparison, the team also looked at the effects of another commonly available iron compound, ferrous sulphate.
The research, which was carried out in collaboration with the UK Medical Research Council and Cambridge University, was recently published in the journal Oncotarget.
The researchers report that while ferrous sulphate had no effect, ferric citrate and ferric EDTA both caused an increase in the levels of a cancer biomarker called amphiregulin, commonly found in colon cancer. The effect was observed even at low supplemental doses.

We can conclude that ferric citrate and ferric EDTA might be carcinogenic, as they both increase the formation of amphiregulin, a known cancer marker most often associated with long-term cancer with poor prognosis.”
Nathalie Scheers, Lead Author

Scheers also warns that many stores and suppliers, including pharmacies, do not actually state what kind of iron compound is present: “Usually it just says 'iron' or 'iron mineral', which is problematic for consumers.”
Although the study was conducted using cells cultured in a laboratory, Scheers says the potential mechanisms and effects observed still call for caution and further investigation.
"Most importantly, researchers and authorities need to start to distinguish between this form of iron and that form of iron. We need to consider that different forms can have different biological effects," she concludes.
Source:
https://www.eurekalert.org/pub_releases/2018-04/cuot-cis041118.php
Publicado por salud equitativa en 13:43