World Autism Awareness Day 2018: Understanding the needs of autistic kids, and their parents | The Indian Express

World Autism Awareness Day 2018: Understanding the needs of autistic kids, and their parents | The Indian Express

World Autism Awareness Day 2018: Understanding the needs of autistic kids, and their parents

On World Autism Awareness Day, we try and understand the challenges not only faced by those diagnosed with Autism Spectrum Disorder, but also what their parents and care-givers go through and need to keep in mind. 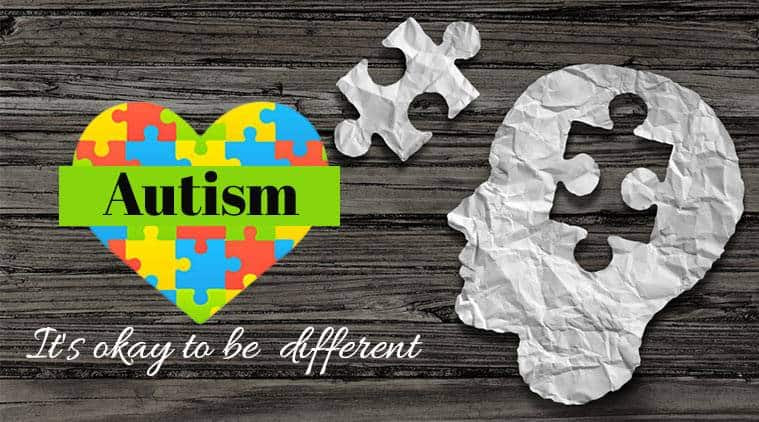 What are the major challenges faced?

The hardest part is that parents are not willing to accept that their child has a disorder. “They will ask you to prescribe medicines and wait for the child to get better,” says Shilpa Arora, Proprietor and Principal, Upasana Special School, New Delhi, and a clinical psychologist from Brooklyn University, US.
Disorders lying on the Autism spectrum – such as Asperger’s syndrome – may take a long time to be diagnosed, but most of the times it is said to be diagnosed between three and eight years, provided the guardians take their child to the doctor. In cases such as Asperger’s, people live almost normal lives only to be diagnosed with the syndrome in their 30s, finally understanding why they felt different all along.
Abnormal gait, physical inactivity, hunching all the time and muscle tightness are some of the other problems autistic kids face, says Dr Vishal Pratap Singh, neurological consultant at Stanford Superspeciality Hospital, Lucknow. Autistic kids need a sheltered environment with a full-time caretaker to monitor them. Pinky says that though she doesn’t mind caring for her son full-time, it takes a toll on her social and family obligations, that can be challenging.

So, how can they be helped?

Arora says that it is hard for autistic children to be educated like normal kids as they are challenged intellectually, have communication problems and their life is centred around trying to accomplish basic things like eating and clothing. So, they need special places to be taught to enhance their skills.
At her school, Arora runs a sensory integration programme. To familiarise the children with various textures, they are made to play with clay, mud, sand, etc. “A slight touch of gum on their hands will irritate them and make them wash their hands furiously, so we try to make them familiar with different textures,” says Arora.
Kusum Bhutani, Principal of Samvedna School of Special Learning emphasises the need for providing a holistic environment for autistic kids. Since they are overly energetic, sports participation can be an efficient way to channelise excess energy. Music can also be a means of calming down and relaxing the kids, resulting in lesser episodes of violent behaviour, which autistic kids may be prone to.
Since such children have sensitive sensory inputs, exposing them to different coloured lights can help to sharpen their senses, adds Arora.
Dr Singh recommends the Motor Relearning Therapy (MRT). MRT helps improve the neurological function by engaging the child in a task, identifying what component of the task the child missed out on, and then helping them recall it repeatedly. For example, ask a child to go to a certain room with a bag and put a book in it and come back. The kid may be able to process going to the room with a bag and coming bag but forget to keep the book, which is a missing component of the task. If the caretaker instructs and makes the kid repeat the task again and again, the child may show improvements.

How can parents deal with it?

One such teen who has benefited from verbal guiding is Dhruv Bahri, 19. When he was 11, while other kids his age were struggling to make sense of mathematics, his greatest challenge was to take care of his basic needs like dressing, bathing, brushing and eating independently. His mother Renu proudly recalls that guiding her sons through his daily tasks with repeated instructions became successful as now he can take care of them on his own. “You can tell him to brush his teeth and he will listen to it, while earlier I had to help him out with it.”
Renu, who is a special educator herself, advises parents to accept their child’s condition first. Sensitisation and acceptance are a must, she emphasises.
Autism often occurs with attention-deficit/hyperactivity disorder (ADHD) and not addressing the child’s issues and being negligent towards them may result in episodes of violent behaviour. Dr Singh advises working with the kids in as young as an age as possible. If the autistic kids are ignored initially, then they can get very violent and develop anger issues, which are harder to deal with.
Of course, part of addressing the situation for parents is also to look inwards and make sure they’re emotionally and psychologically well taken care of. Often, in a bid to take care of the child, parents neglect themselves and coupled with social stigma, it can be taxing. In such cases, joining help groups and interacting with other parents helps.
Taking breaks to meditate and taking out time for themselves, maybe even weekly or fortnightly, could also help keep stress levels at bay. The main thing is to remember that an autistic child is very sensitive, and a happy environment will help with keeping the person calm and open to learning.
For all the latest Lifestyle News, download Indian Express App
© IE Online Media Services Pvt Ltd
RELATED NEWS
World Autism Awareness Day 2018: Understanding the needs of autistic kids, and their parents | The Indian Express
Publicado por salud equitativa en 4:47