By Sally Robertson, BScApril 4, 2018
For the first time, researchers have developed a synthetic compound that mimics the surface of DNA and is able to inhibit several DNA-processing enzymes, including the enzyme used by HIV to insert its genome into that of a host cell. 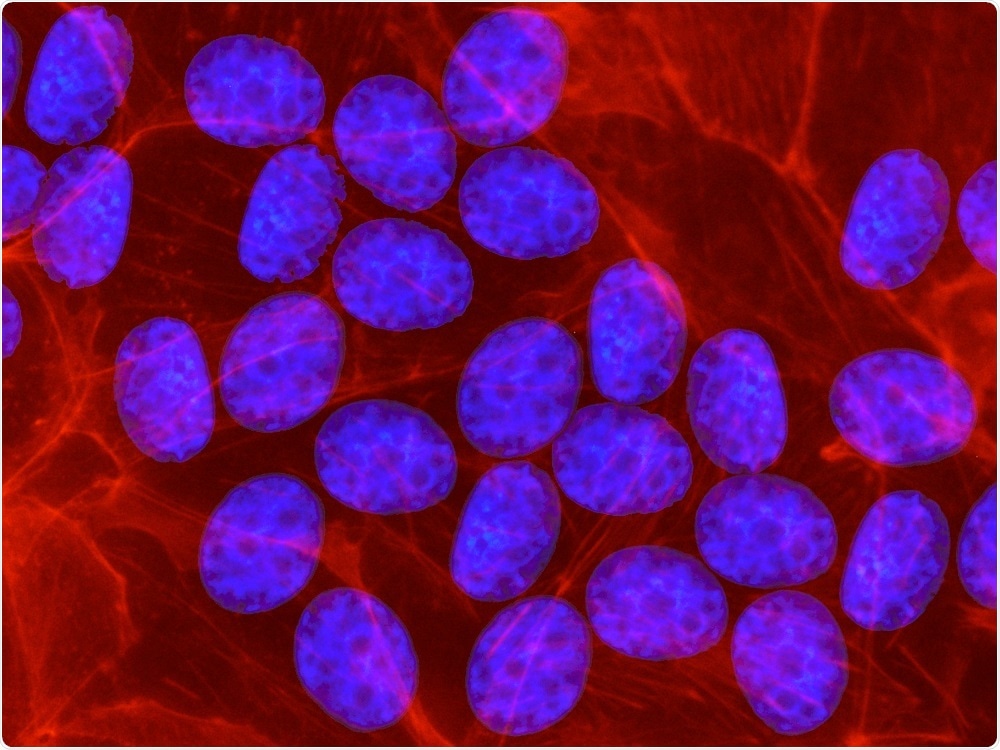 Credit: Edgloris Marys/Shutterstock.com
It is hoped that the development, which was recently described in Nature Chemistry, could lead to new pharmaceutical tools for the treatment of HIV and other retroviral diseases.

DNA carries genetic information organized in two complementary strands that coil together to form a double helix. Various proteins interact with DNA to enable genetic instructions to be read and executed or, on the contrary, to prevent or regulate DNA expression.
In the case of HIV, a protein called HIV integrase interacts with DNA by binding to negative charges found on its surface, which enables viral DNA to be inserted into human DNA. Another enzyme called topoisomerase acts to release tensions within a supercoiled DNA molecule.
Chemist Ivan Huc is the leader of a research group that studies biomimetic supramolecular chemistry. His team creates synthetic molecules with a predetermined shape that allows them to accurately mimic polymers, proteins and DNA found in cells.
The backbones of these molecules are referred to as foldamers, because they readily assume folded conformations. Recently, the team, which is made up of scientists from CNRS, Inserm and Bordeaux University, developed foldamers that precisely mimic surface features of the DNA double helix and, importantly, the location of its negative charges.
The imitation is so precise that the foldamers act as a decoy for several proteins that would usually bind to DNA, including HIV integrase and topoisomerase. In fact, the researchers showed that these synthetic molecules serve as better binding molecules than natural DNA, even at low foldamer concentrations.

Although initially designed to resemble DNA, the foldamer owes its most useful and valuable properties to the features that differentiate it from DNA.”
Ivan Huc