By Akshima Sahi, BDS
Physiotherapy (PT) is an age-old form of treatment modality, which specializes in re‑establishing the movement, physical strength and functioning in individuals affected by some form of injury, illness or disability. 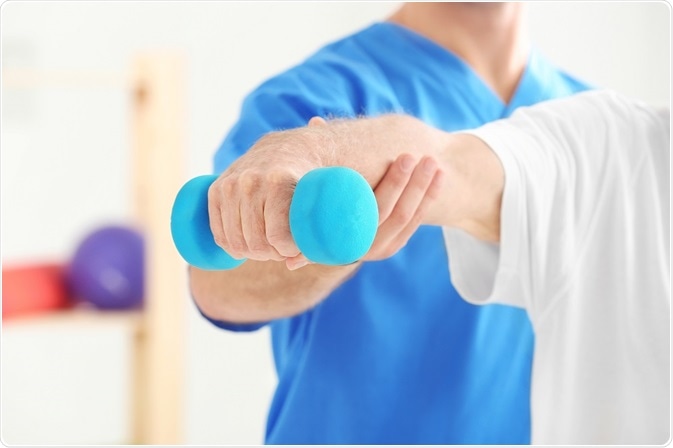 According to certain records (pictorial and written) discovered by historians, physical therapy treatments such as hydrotherapy, therapeutic messages and exercises were used in countries like India, China and Greece thousands of years ago.
Around 1000 B.C, Chinese people used to perform an exercise namely Cong Fu to correct the body positioning and improve the breathing. Indians were also known to perform certain form of exercises and messages to treat arthritis.
Around 500 BC, in ancient Greece, Herodicus, a Greek physician, explained about exercises known as Ars Gymnastica or The Art of Gymnastics that includes wrestling, walking and weight lifting to improve certain febrile conditions.
In 460 BC, Hippocrates, an ancient Greek physician traditionally regarded as the father of medicine, emphasized on exercising to improve physical strength. During the same year, in Greece, Hector employed hydrotherapy (meaning water therapy). In addition, Aristotle also recommended that messaging with oil can relieve tiredness.
Around 180 BC, Romans adopted a form of exercise known as gymnastics to improve physical strength. Later, in the second century, Galen, a famous physician, taught about performing modern exercises to improve the overall strength.

From 1500 to 1700, PT was introduced by promoting exercises, and various books were written. One such example is Libro del Excerciso, written by Jaen and published in Spain.
In 1723, Nicholas Andry, who was a Professor at Medical Faculty in Paris, established the fact that exercising can help building muscles, especially in the arms and legs.
It was in the year 1813, Per Henrik Ling, a Swedish poet, introduced the actual PT to the world. He revolutionized the area of PT by introducing exercises, known as Swedish exercises, and his work was popularly known as Swedish movement.
Later, it was extended to America and Europe. Ling introduced certain techniques, which were adopted from Chinese martial arts, known as Tunia. These techniques were later popularly called as Swedish massage. In 1860, George H. Taylor introduced these massage techniques in America.

Ling’s methods of treating various physical conditions were highly effective; but, it demanded the need of a gymnast. To overcome this issue, in 1864, Gustav Zander, a Swedish doctor, invented exercise machines to help the patients in performing exercises. In 1894, a group of four nurses in Great Britain formed the Charted Society of Physiotherapy.

In 1913, ‘The School of Physiotherapy’ was established at the University of Otago in New Zealand, and during 1914, Reed College was established in Portland in the United States of America to educate about the ‘reconstitution aides’.
During First World War in 1917, Americans used Zander’s machines and Ling’s Swedish movement to treat the injured soldiers. At that time, PT was known as “mechanotherapy” and Zander machines were used in specialized rooms.
In 1920, an outbreak of polio led to a greater need for improvising the existing techniques of PT.
In 1921, a significant improvement was established in the area of PT. A research paper on the therapy was published in PT review. During the same time,  Mary McMillan, also known as 'Mother of Physical Therapy', revolutionized the area of PT  by establishing the “American Women's Physical Therapeutic Association”, currently known as “American Physical Therapy Association (APTA)”. She also contributed significantly in the ‘reconstruction aide services’.
During Second World War (1935-1945), special PT clinics were established to treat injured soldiers. Hence, it was only then that the importance of PT as a specialized treatment therapy shot to prominence.
In early 1950, PT was performed in hospitals only; however, it was only in the late 1950 that PT was practiced outside the hospitals. By 1974, APTA established a specialized division known as Orthopedic Section for the therapists who were specialized in orthopedic PT.
In 1974, the ‘International Federation of Orthopedic Manipulative Therapy’ was established.
In 1980, due to the advent of computers in the healthcare industry, devices, such as electrical stimulators, were introduced to perform PT. During the last two decades, an exponential advancement in the area of PT and specialized techniques such as cardiopulmonary physical skin neurological and sports therapy (recommended by APTA) has revolutionized the area of PT.
Over the course of history, physiotherapy has grown in popularity and acceptance. It has evolved into a specialized field that helps help countless patients improve various physical conditions.
Reviewed by Sanchari Sinha Dutta, PhD