By Kate Bass, BScApril 19, 2018
Scientists have uncovered a link between the risk of developing rheumatoid arthritis and environmental pollutants, such as cigarette smoke. 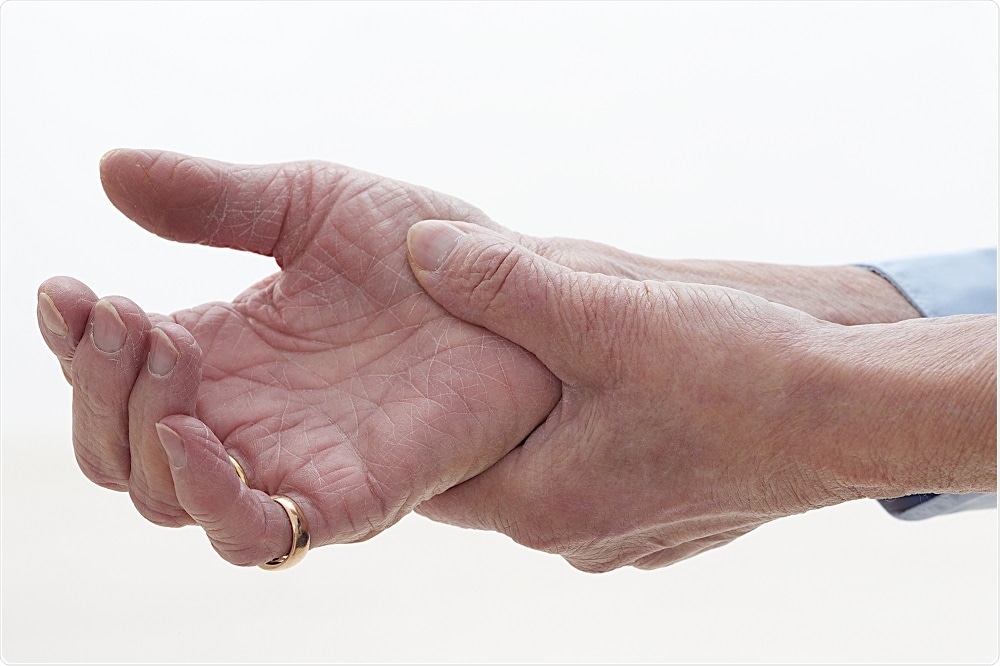 Credit: JPC-PROD/Shutterstock.com
Rheumatoid arthritis is an autoimmune disease in which the immune system mistakenly attacks the joints. It is characterized by pain, swelling and stiffness in the joints, most commonly those of the hands, feet and wrists.
Although the symptoms can be managed with treatment, patients commonly experience unpredictable and debilitating flare-ups during which the pain and swelling worsens significantly.
The likelihood of developing rheumatoid arthritis has long been known to be determined by the presence of the human leukocyte antigen (HLA).
It has also been observed that, among carriers of the HLA gene variant, those who smoke are more likely to develop rheumatoid arthritis and experience more severe symptoms. Living in urban areas, where there are higher levels of exhaust fumes, has also been associated with an increased risk of developing rheumatoid arthritis.
It is thought that the component of environmental pollutants responsible for this increased risk is dioxin, which has already been shown to increase severity in an experimental model of multiple sclerosis (also an autoimmune disease).
Researchers at Michigan University have been investigating the relationship between the HLA gene and dioxin in a mouse model of rheumatoid arthritis. They found that the combination of dioxin and the HLA gene variant results in increased numbers of overactive osteoclasts that lead to excessive bone destruction.

We've shown in this study that the interaction between dioxin and the HLA gene variant activates events known to be associated with rheumatoid arthritis. And we've demonstrated quite convincingly that this facilitates bone destruction...Dioxin is just one of many chemicals that similarly activate this pathway."
Joseph Holoshitz, The University of Michigan School of Medicine