Editor at BioMed Central
Ben is an Editor for the BMC-series for BMC Psychiatry, BMC Psycholoogy, BMC Pharmacology and Toxicology, BMC Neuroscience, and BMC Neurology.Before joining BioMed Central, he received his PhD in psychology at University of California at Davis, which was followed by a post-doctoral position at New York University Langone Medical Center and a second post-doctoral position at New York University. Ben’s focus on biological psychology has involved studies on the neurobiology of monogamy and pharmacological treatments for posttraumatic stress disorder. 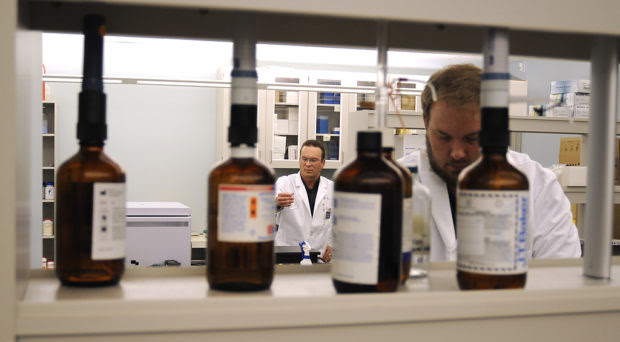 Toxicology research laboratory
Wikipedia Commons
2017 was an exciting year for BMC Pharmacology and Toxicology. We continued to publish some of the most exciting research related to a range of pharmacological and toxicological topics. Throughout the year we published articles on models predicting drug-drug interactions, potential drugs to suppress tumor growth and toxins which adversely impact physiological functioning.  Below are three articles from 2017 that we believe deserve extra attention.
Publicado por salud equitativa en 10:01