By Liji Thomas, MD
Quincke’s edema, also known as angioneurotic uvular edema, was  named after Heinrich Quincke, a professor of internal medicine during the latter half of the 19thcentury. 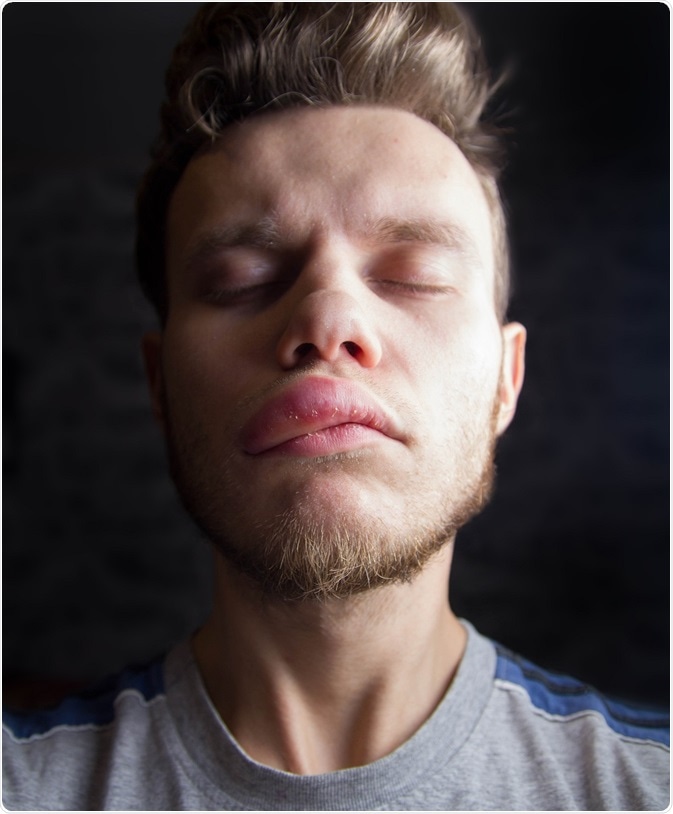 Credit: Nikolas Saevich/Shutterstock.com
In 1882, Heinrich Quincke described several cases of acute localized skin edema, which he segregated into familial and sporadic forms, and also hypothesized that this phenomenon occurred due to neurogenic factors.
Today, it is known to be caused by the deficiency of a substance named C1-esterase inhibitor which triggers an allergic reaction, or due to high levels of the inflammatory mediator bradykinin. When the same type of edema affects only the uvula, it is known as Quincke’s edema. This condition is a rare type of upper airway angioedema.

Isolated angioneurotic edema of the uvula can occur due to many causes. These include trauma, exposure to some compounds by inhalation such as marijuana, administration of general anesthesia, adverse reactions to some medications such as angiotensin-converting enzyme inhibitors, certain infections and in a percentage of cases, hereditary conditions such as C1-esterase inhibitor deficiency. For this reason, it is classified into hereditary and non-hereditary.
The basic pathophysiologic mechanism is that of a type 1 or immediate hypersensitivity reaction. Hypersensitivity reactions are mediated by the release of histamine and other molecules which induce inflammation by IgE, an antibody produced by plasma cells in response to an allergen. The result is immediate and profound edema.

A patient with Quincke’s edema typically presents with a feeling of rapidly progressing obstruction or a foreign body in the throat. If the airway is blocked, stridor and obvious throat swelling is observed. Examination shows a swollen but not reddened uvula.

Quincke’s edema is quite different from uvulitis, which is an infectious condition and is frequently induced by or occurs along with inflammation of the nearby epiglottis. For this reason, direct visualization of the throat or imaging by neck X-rays should be done as needed to rule out uvulitis.
Management of Quincke's edema is based upon the need to preserve a patent airway. In some cases, the uvula may become so swollen as to impede the passage of air and cause obstruction and breathlessness.
This requires immediate attention to the airway for relieving the blockage. Thus, intravenous administration of histamine receptor blockers (both H1 and H2 blockers) as well as corticosteroids is typically prescribed to reverse the inflammation. In general, steroids with a long duration of action and powerful anti-inflammatory effects are given.
Epinephrine may be given in refractory cases where the swelling refuses to go down with the first-line drugs, and the patient is suffocating. However, an exception is made in hereditary angioneurotic edema of the uvula,  where C1-esterase inhibitors are effective. This differentiation is made on the basis of clinical features and specific laboratory tests, and is important in the treatment and prognosis.
Reviewed by Hardik Patel, M.Pharm.