What is an inhibitor? | Features | CDC

What is an inhibitor? | Features | CDC

What is an inhibitor? 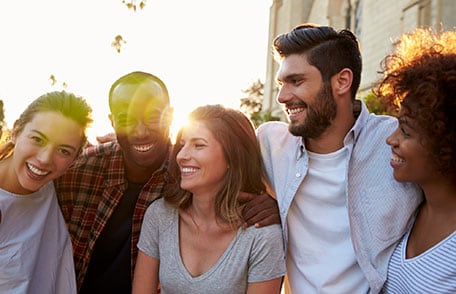 Inhibitors are complex, costly health problems that can affect people with hemophilia and von Willebrand disease (VWD) type 3. This Bleeding Disorders Awareness Month, learn about inhibitors and read Anthony’s story on living a full life with an inhibitor.

How do I know if I have an inhibitor?

Only a blood test can determine if an inhibitor is present and it can measure the amount present. Inhibitors are complex, and not everyone with hemophilia and VWD type 3 will develop an inhibitor. Researchers do not yet know why some people will develop an inhibitor and why some will not, but research studies are being conducted to learn more about them. Inhibitors can appear at any time, so it is important that all people with hemophilia and VWD type 3 be tested for an inhibitor each year.
Eligible individuals can receive free inhibitor testing at federally funded hemophilia treatment centers (HTCs) through the Community Counts Registry for Bleeding Disorders Surveillance.

Can inhibitors be treated?

Inhibitors are difficult and expensive to treat, and every case is different. Inhibitors can appear and disappear with treatment, and at times an inhibitor can disappear without treatment (known as ‘transient inhibitors’). Treatment options, such as high-dose clotting factor concentrates, bypassing agents, and immune tolerance induction (ITI) therapy can help reduce the amount of inhibitors present.
Inhibitors require specialized medical expertise, and it is recommended that people with inhibitors seek treatment at an HTC because they specialize in treating people with bleeding disorders. Find an HTC.

Where can I learn more?

Inhibitors can be challenging, but there are organizations, support communities, and resources available to help support people with bleeding disorders and inhibitors.

Anthony was diagnosed with hemophilia A at the age of 3. He needed surgery to remove his appendix, and it was then when doctors learned that he had hemophilia. He began receiving treatment for hemophilia, and shortly after, he developed an inhibitor.
As a child, Anthony used clotting factor replacement products to treat bleeding episodes. He learned to self-infuse at an early age, but he never knew that an inhibitor could go away. He was often on crutches and was home schooled. “There were times in my teens when I was depressed because of hemophilia. I wanted to go to school and try out for basketball and football like my friends, but I knew I couldn’t,” says Anthony. He still wanted to play with his friends so he played basketball in the neighborhood, despite the risks, and it would often lead to pain in his joints, bruises, and jammed fingers.

Read more stories of people living with hemophilia and an inhibitor here.
Over time, he realized the importance of taking care of his body and looked for other activities. He chose to stop focusing on the things he wanted to do and began focusing on the things he could do. “I started producing and writing music. It took me from wanting to play sports to channeling that energy into something else that wouldn’t tear my body up,” says Anthony.
In his early 20s, Anthony began treatment at a hemophilia treatment center at Emory University. At Emory, he had a supportive team of doctors who developed a treatment plan for his inhibitor. This was the first time Anthony learned that he could beat an inhibitor. He was treated once a day, and they practiced infusing with him to help shorten his infusion time so that he would be more likely to keep his infusion schedule. It worked, and since receiving care at Emory, Anthony’s inhibitor levels have been so low that the inhibitor is almost undetectable.
Today, Anthony continues to produce and write music. It went from a hobby to a career, and hemophilia doesn’t slow him down. He travels and performs on stages across the United States. When he’s not performing, he’s at home with his family or participating in hemophilia conferences and events. “To me, hemophilia is just a side thing. It’ll only hold me down if I let it.”
For families with hemophilia, Anthony encourages them to join a support community. “Sometimes it’s hard, and it feels like you can’t relate to anyone else but support communities help. I’ve been there. I’ve lived with hemophilia all my life. As long as you have a good support team, you can do anything,” says Anthony.
“I tell parents to embrace their child being different. I want the younger generation to preserve their bodies to be able to live without worrying about a wheel chair when they’re an adult. They don’t have to play basketball or football to have fun. I took music and made it something I like to do. Sometimes when you’re different, people want to do what you’re doing, so just embrace it. There’s a lot going on with hemophilia right now, and it’s a bright future for our community.”
CDC would like to thank Anthony for sharing his personal story.
Publicado por salud equitativa en 10:01