The Strange World of Quantum Physics

Quantum computers would get their special powers by exploiting the strange rules of the very small, such as quantization.
In our everyday world, objects appear to move in a continuous path. Water rises steadily in a bathtub. A rocket climbs smoothly into the sky. But in the quantum realm, things jump and jitter. An electron bound to the center of an atom can instantly leap from one orbit to another, essentially disappearing from the original orbit and reappearing at the new one. And while a firefighter continuously changes energy while sliding down a pole, electrons in an atom make quantum hops up and down a fixed set of energies, like rungs on a ladder. 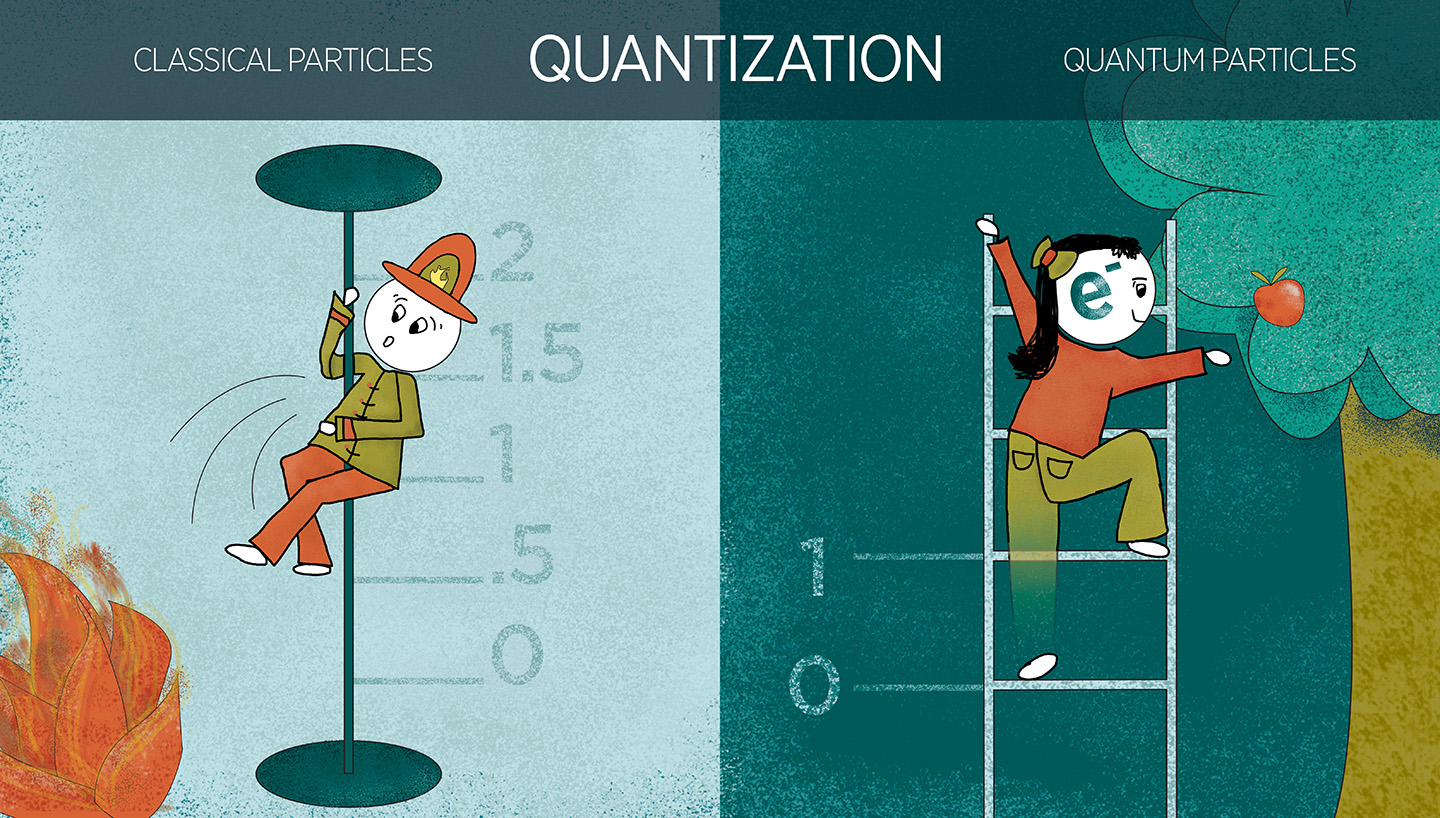