By Sally Robertson, BScApril 18, 2018
Researchers from Osaka University in Japan have identified an important cellular protein involved in the maintenance of bone marrow cavities and the hematopoietic stem cell (HSC) niche. 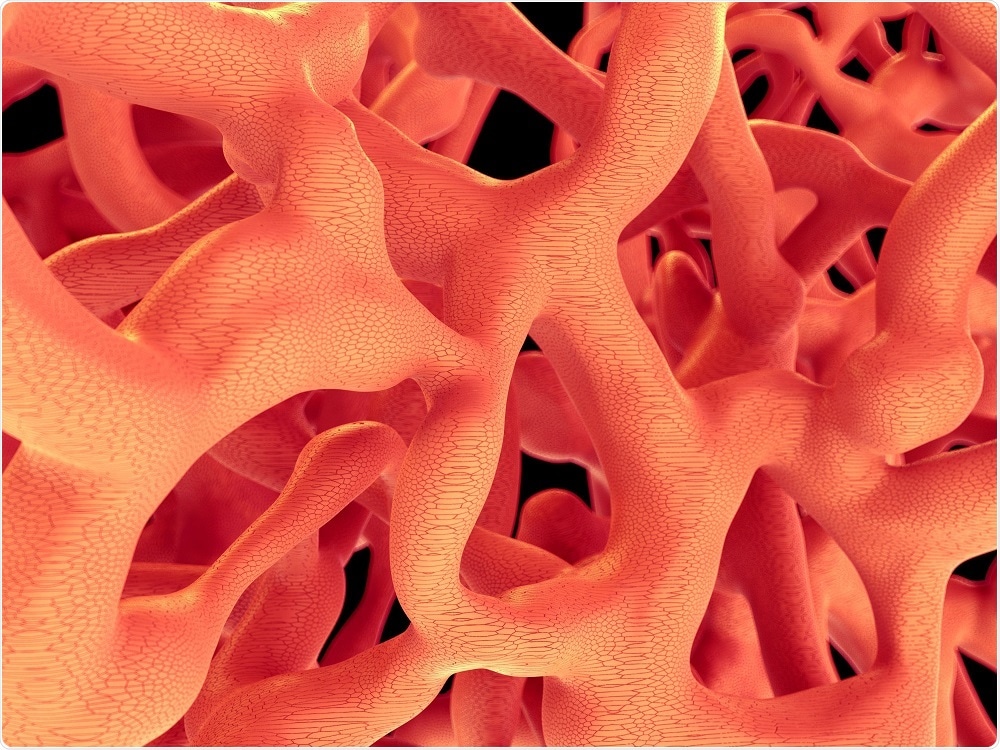 Credit: royaltystockphoto/Shutterstock.com
The HSC niche is the microscopic, specialized environment within the bone marrow and surrounding blood vessels. It houses and regulates HSCs to ensure their proper differentiation into various types of blood cell.
The exact mechanisms underlying the maintenance of this niche have not yet been fully elucidated, but a recent study published in Genes & Development has shed light on the process.

Lead author Masanari Seike says that several lines of evidence from previous research have pointed to chemokine ligand 12-abundant reticular (CAR) cells as playing a crucial role in the HSC niche: “We wanted to take a closer look at specific proteins expressed in these cells, to really pinpoint what the cells were doing in the niche.”
Seike and team found that a protein called Ebf3, which is involved in regulating gene expression, is highly abundant in CAR cells in mice.
When they removed the gene that produces this protein, they found that the number of HSCs in the bone marrow significantly decreased. They also observed some more surprising effects.
“What we didn’t expect was the impact the removal would have on the shape of the niche itself,” says Seike. The team found that bone density dramatically increased, essentially filling in the cavities that form niches. Without Ebf3, CAR cells seemed to adopt bone-synthesizing properties.

Lead investigator Takashi Nagasawa says the findings suggest that modulators of Ebf3 activity could be of substantial clinical value.
Ebf3 inhibitors may be able to increase bone mass in diseases such as osteoporosis, while Ebf3 activators may enable fine-tuning of the HSC niche to improve the effectiveness of regenerative therapies that allow patients to use their own stem cells.
“We hope this discovery opens up exciting new areas of exploration in both directions,” says Nagasawa.
Source:
https://www.alphagalileo.org/en-gb/Item-Display/ItemId/162482
Publicado por salud equitativa en 9:08