By P Surat, PhD
X-rays were discovered by Wilhelm Conrad Röntgen in 1895. Rontgen observed weak green light coming from barium platinocyanide while he was analyzing ‘cathode rays’ (or electrons). 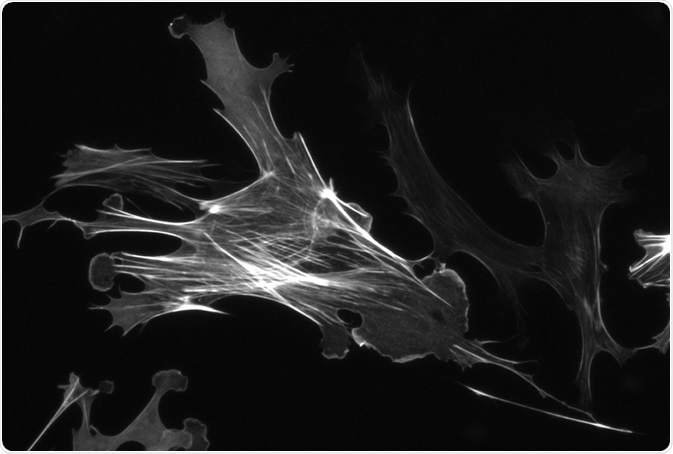 Credit: Andre Nandal/Shutterstock.com
J Krz, one of the pioneers in the field of X ray microscopy, described the history of the X ray microscope as a “story of spies, heroes, villains, false starts, and a brush with real fame”.

History of the X ray microscope

X-rays do not reflect or refract easily and the rays passing through an object can be captured using a charge-coupled device or a CCD detector. A few years after the discovery of X-rays, images of circulatory system were captured by increasing the contrast in the radiograph. The absorption of X rays is dependent on the density of material; thus, imaging of soft tissues requires an additional contrast agent to visualise the structures with greater clarity. This was done by addition of lead oxide.
In 1913, tungsten filament in a vacuum tube was used as a cathode or a source of X rays. This tube also came to be known as ‘Coolidge tube’ named after the scientist who invented it.  After World War II, several groups worked on X ray microscopy. Paul Kirkpatrick and Albert Baez in Stanford University (USA) used parabolic curved mirrors to focus the X-rays.
Subsequently, Fresnel zone plate of concentric gold or nickel rings were also used to concentrate the X rays on to the sample. Kirkpatrick, Cosslett, and Engstrom headed pioneering groups in the field of X ray microcopy. Interestingly, decades later, Cosslett was found to be involved in clandestine activities with the Soviet during the War.
One of the major turning points in the field of X ray microcopy was the use of synchrotron radiation as an X-ray source. The first synchrotron-based x-ray microscope was built by Horowitz and Howell in 1972. Apart from high brightness, the synchrotron radiation is also tunable and coherent.
Wave lengths in the order of 7 nm to 0.7 nm are used in X ray microscopy which is also its physical limit of resolution. It has a high penetration depth of 100 nm and a temporal resolution of 10psec.

Increased resolution
X ray imaging can be performed using both soft and hard X rays. Hard X rays have wavelength shorter than 0.2 nm, while soft x rays have wavelength longer than that. Hard X rays have greater penetrating power andgreater energy but can induce more damage on the sample during imaging.
Recently, scientists at Lawrence Berkeley National Laboratory used soft X rays, which have wavelengths ranging from 1 to 10 nm, to achieve the highest resolution ever in X ray microscopy. They used ptychography, a coherent diffractive imaging technique, where the X ray beam scattered by an object produces a diffraction pattern. This data is then recorded by an X-ray CCD (charge-coupled device) and a high spatial resolution image is reconstructed. A resolution of 3 nm was recorded in this study.
Improved focusing
Several advances have been made in X-ray beam focusing technology. Kirkpatrick-Baez mirror, or KB mirror for short, is used to focus beams of X-rays. KB mirror reflects the X rays off a curved surface and is coated with a heavy metal.
Several modifications to the KB mirrors have made extremely precise optical system where nanofocusing of x-rays is possible. The latest research reported a focused X ray beam spot of 5 nm.
Reducing chromatic aberrations
Apart from KB mirrors, the use of Fresnel zone plates (FZP) to focus the X rays are also very prevalent. However, Fresnel Zone Plates (FZP) have strong chromatic aberrations. Chromatic aberration or chromatic dispersion occurs when a lens is unable to focus the colors of a beam to the same convergent point.
This leads to ‘colour fringing’ or ‘purple fringing’. Thus, in most of the available X-ray microscope there is a trade-off between spatially resolved image and achromatic image. To fix this problem, a research group from Osaka University, Japan recently used an optical system consisting of two monolithic imaging mirrors. Using this set-up, they could clearly resolve 50-nm features without chromatic aberration.