Galicia in northwestern Spain has been considered a hotspot for Vibrio parahaemolyticus infections. Infections abruptly emerged in 1998 and, over the next 15 years, were associated with large outbreaks caused by strains belonging to a single clone. We report a recent transition in the epidemiologic pattern in which cases throughout the region have been linked to different and unrelated strains. Global genome-wide phylogenetic analysis revealed that most of the pathogenic strains isolated from infections were associated with globally diverse isolates, indicating frequent episodic introductions from disparate and remote sources. Moreover, we identified that the 2 major switches in the epidemic dynamics of V. parahaemolyticus in the regions, the emergence of cases and an epidemiologic shift in 2015–2016, were associated with the rise of sea surface temperature in coastal areas of Galicia. This association may represent a fundamental contributing factor in the emergence of illness linked to these introduced pathogenic strains.
Globally, Vibrio parahaemolyticus is the leading bacteriological cause of illness associated with seafood consumption. Infections have undergone a global expansion over the last 2 decades; cases have suddenly emerged in areas considered environmentally adverse for these pathogens (1–3). The causes of this dynamic expansion and emergence in non–disease-endemic areas have remained elusive.
V. parahaemolyticus infections are generally rare and sporadic across all of Europe with a single exception: Galicia in northwestern Spain. This region has been considered a hotspot for Vibrio infections and an anomaly within the epidemiologic context of V. parahaemolyticus in Europe; reccurring cases of foodborne vibriosis (4–7) and outbreaks (7,8) have been reported regularly since the late 1990s. Infections associated with V. parahaemolyticus in Galicia were characterized by sudden outbreaks of illness typically associated with a single genetic variant of the pathogen (6,8). The first sign of change in this epidemiologic pattern was observed in 2012 when 3 different and genetically unrelated strains of V. parahaemolyticus were identified during a large outbreak in Galicia (5,9). Since then, a clear transition in the epidemiology of this pathogen has been observed; sporadic cases scattered throughout the region have been caused by different and unrelated strains and typically associated with the consumption of locally produced shellfish.
We applied whole-genome sequencing for a comprehensive and high-resolution insight into pathogenic populations identified in clinical sources associated with the major episodes of illness in Galicia over the past 20 years. We performed phylogenetic analysis to identify the population structure and potential sources of the clinical strains identified in Galicia. We also conducted a parallel exploration of the variability of environmental conditions in the region to investigate the existence of other factors contributing to the emergence of illness linked to these in this particular area.

We analyzed 18 isolates derived from clinical sources collected over the course of the different outbreaks in Galicia (Table). All the strains isolated from infections in Galicia were characteristically tdh positive and trh negative, the only exceptions being the strains belonging to sequence type (ST) 36 isolated during the 2012 outbreak, which were positive for both haemolysin genes. Additionally, we included 14 isolates obtained from environmental sources (shellfish and zooplankton) during 2003–2007 to analyze the potential connection between the clinical pathogenic populations and local marine environmental sources. Finally, we added 4 clinical strains reported in the United Kingdom associated with human infections since the 1970s to the study to explore possible connections between pathogenic populations within Europe, along with another 6 environmental strains from the United Kingdom isolated in 2014.

We initially investigated the position of the strains from Spain and the United Kingdom on the global phylogeny of V. parahaemolyticus using all the available V. parahaemolyticus genomes worldwide, including 696 genomes obtained from the National Center for Biotechnology Information Assembly and Sequence Read Archive (SRA) databases (Technical Appendix[PDF - 3.42 MB - 22 pages] Table) plus the 42 genomes sequenced in our study. We transformed the SRA data to fastq using SRA Toolkit (fastq-dump –split-files –gzip –skip-technical) (https://trace.ncbi.nlm.nih.gov/Traces/sra/sra.cgi?view=toolkit_doc). We performed genome assembly with A5-pipeline (10). We performed in silico inference of MLST profiles and STs using MLST software (https://github.com/tseemann/mlst), which infers STs using the public MLST scheme for V. parahaemolyticus based on 7 housekeeping genes (https://pubmlst.org/vparahaemolyticus/).

Single-nucleotide polymorphisms (SNPs) were called using Harvest version 1.0.1 (https://github.com/marbl/harvest) (11). We used Parsnp, a component of the Harvest suite, to align the assembled genomes and define the core genome. We identified SNPs for both chromosomes by Parsnp in the multi-alignments; we used filtered and reliable core-genome SNPs to construct a core genome maximum-likelihood phylogenetic tree.

Analysis of Sea Surface Temperature Trend Off the Coast of Galicia, Northwest of Spain

We estimated trend in the mean values of sea surface temperature (SST) using daily SST data from a coastal area limited by the coordinates 42°N–43°N and 8.5°W–9.5°W. The mean SST data come from the Optimum Interpolation SST 1/4° daily dataset (OISST), which extends from September 1981 to the present and is distributed by NOAA/NCEI. This dataset combines satellite retrievals and in situ SST data from ships and buoys. We use these analyzed fields to estimate the trends in the region of interest, detect possible regime shifts, and study the habitat suitability of Vibrio spp. in the region. We investigated regime shift, defined as rapid reorganizations of ecosystems from one relatively stable state to another, using Sequential Regime Shift Detection Software version 3.2 (http://www.beringclimate.noaa.gov/regimes/). This program detects statistically significant shifts in the mean level and magnitude of fluctuations in time series taking the autocorrelation into account (12). The program detects shifts in the mean level of SSTs. The method is based on a sequential t-test that can signal a possibility of a regime shift. We used the default significance level of 0.1 that represents the level at which the null hypothesis that the mean values of the 2 regimes are equal is rejected by the t-test.

The draft genome sequences of all 44 V. parahaemolyticus strains from our study are available in GenBank. Accession numbers are provided in the Table.
Top 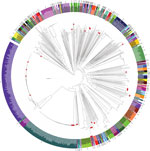 Figure 1. Phylogenetic reconstruction of Vibrio parahaemolyticus based on 738 available genomes. Red dots indicate isolates from Spain collected over the past 20 years from clinical settings and environmental sources. Colors represent sequence... 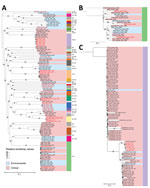 Figure 3. Recent environmental warming trends in Galicia, Spain, 1982–2016. Trends in the mean values of SST were estimated using daily SST data from a coastal area defined by the coordinates 42°–43°N and...
An underlying finding of our study is that the introduction of these highly pathogenic strains into a region is not sufficient by itself to initiate an epidemic; the introduced strains appear established in the area for a substantial period without evidence of associated illness, which suggests additional cofactors in infections and risk. Because seawater temperature has been identified as a critical factor governing the emergence of Vibrio diseases (1–3), we conducted an analysis of historical records of SST in the region. Results from these analyses revealed a significant trend of increased SST in the area, which followed a stepwise and incremental trend, rather than the expected linear change. We identified shifts in both the mean level of fluctuations and the variance of SST time series. We recognized 2 clear shifts of SST with a significant statistical support over the study period: June 1994, an SST increase of 0.4°C; and June 2014, an SST increase of 0.7°C (Figure 3). These 2 shifts in seawater temperature showed a close correspondence with the epidemic dynamics of V. parahaemolyticus in the area, showing a period with no infections before the first regime shift, a second period when the first epidemic events were identified, and finally a third period after the last regime shift in 2014, which was concurrent with the change in the epidemiology of V. parahaemolyticuswe report in this study. Previous data have shown that regime shift warming has led to an increase in prevalence of Vibrio bacteria in the environment (1,23), and epidemiologic studies on the emergence of Vibrio infections have identified SSTs >18°C as a critical threshold for triggering infections and substantially increasing the number of reported clinical cases (2). Analysis of the number of days with SSTs >18°C in Galicia over the past 36 years identified an increase of 1 day/year (Figure 2, panel B), which resulted in an increase of 35 days for the risk period of V. parahaemolyticus infections for the whole period. These results contrast with the situation in some areas of natural endemicity for pathogenic V. parahaemolyticus, such as the PNW for the ST36, where seawater temperatures have remained remarkably stable over the past 2 decades and regime shifts have not been detectable. The average annual SST in areas of Puget Sound in the PNW is ≈5°C lower than in Galicia, showing a warming trend almost 2 orders of magnitude smaller and SST values always <18°C, according to the records of the satellite mesoscale SST time series (data not shown).
This study highlights the utility of whole-genome sequencing as a tool to elucidate key features of the transmission and potential sources of pathogenic environmental bacteria such as Vibrio spp. The concomitant introduction of foreign Vibrio variants with a significant warming trend in the region, coupled with the consumption of locally produced shellfish in the region, may be major contributing factors for the emergence of infections in Galicia. Parallel circumstances may also drive disease emergence in other areas of the world with similar environmental conditions, such as the Pacific Northwest (24,25) and the Atlantic Northeast (14,26) in the United States or the south of Chile (27). In these areas. The presence of imported Vibrio strains has been frequently reported associated with outbreaks, particularly during and after warming events (28). These areas represent major contributors to the escalation and global expansion of V. parahaemolyticusillnesses associated with the dissemination of the preeminent pathogenic clones of these organisms.
Top
Dr. Martinez-Urtaza is a senior scientist at the Centre for Environment, Fisheries and Aquaculture Science in Weymouth, United Kingdom. His work covers aspects of molecular epidemiology and effects of climate on infectious diseases with research interests focused on the study of foodborne and waterborne diseases.
Top

J.T. was funded by National Oceanic and Atmospheric Administration (NOAA)/OceanWatch and NOAA/Atlantic Oceanographic and Meteorological Laboratory. M.A. was funded through the NERC project NE/P004121/1.
Top