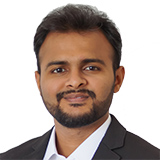 By Hardik Patel, M.Pharm.
Endovascular thrombectomy is a surgical procedure involving the removal of a clot from a blood vessel. Surgeons use a catheter device, and is intended to restore the normal blood flow. 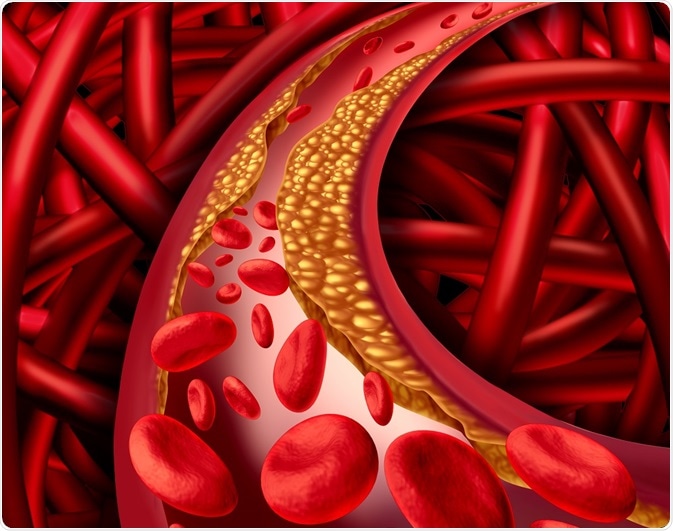 Credit: Lightspring/Shutterstock.com
Embolism is a medical condition characterized by the obstruction of a blood vessel due to the formation of a migrant clot (embolus). Emboli are usually made up of blood cells, but occasionally they are composed of air bubbles, fat, or other debris as well.
An embolus is formed somewhere else in the body, and travels in the bloodstream. When it reaches a constricted passage which is smaller than the size of the embolus, it is stuck there, within the artery or the vein, obstructing the blood flow to the particular area supplied. This may escalate to other complications such as hypertension, ischemia, and in some cases total blockage of blood flow.

Several types of embolisms have been categorized:
Pulmonary embolism results from the blockage of a pulmonary artery and is usually symptomatic. It can quickly become life-threatening. Arterial embolism, on the other hand, results from the blockage of a major artery. If the embolism occurs in an artery that supplies the brain, it can cause a stroke.
Another category is gas embolism, which usually occurs due to dissolved gas or air bubbles in the blood flow, especially after scuba diving, which enlarge as the diver returns to the surface and the pressure drops.
Unlike pulmonary embolism and arterial embolism, gas embolism is not usually life-threatening, albeit it can cause severe organ damage.The intensity of the condition and its management depend on the type of embolism.

More often than not, embolism becomes an emergency medical condition, and needs immediate attention. Doctors may perform medicinal and/or surgical interventions after a careful but rapid evaluation of the condition, medical history, and co-morbidities of the patient.
Thrombolytic medications such as tissue plasminogen activators, urokinase, and streptokinase are the drugs of choice for treating embolisms. Anticoagulants are also employed to prevent blood clotting.

While these medications may be helpful to resolve embolisms in mild to moderate cases, surgical intervention becomes a necessity in critical situations.

The surgical removal of an embolus is encompassed by three different techniques:
Surgical thrombectomy
This method does not employ catheters. A surgical incision is made at the area of embolism. The blood vessel is slit and the clot is removed, followed by repair of the blood vessel and suturing of the incision.
While this technique carries the advantage of visible accuracy and confidence that the clot has been removed, an open surgery on a blood vessel requires extreme skill. Profuse bleeding and delayed healing are possible complications.
Endovascular thrombectomy
Similar to balloon embolectomy, this procedure also utilizes a catheter for removal of the clot. However, it employs a stent retriever instead of a balloon.
Balloon embolectomy
Thiis is a relatively old procedure, wherein a catheter is inserted into the blood vessel of interest. Once the catheter reaches the site of occlusion, it is pushed gently beyond the block or positioned at the exact location of the embolus. Now a balloon at the tip of the catheter is inflated. The clot is thus removed by either pushing or withdrawing the inflated balloon against it. Though technically simpler, this method is difficult to implement precisely. In some cases, it may lead to additional complications.

Endovascular thrombectomy comprises two main techniques:
Proximal endovascular thrombectomy (also referred to as “suction thrombectomy”) works on the principle of vacuum. An aspiration catheter is inserted into the affected blood vessel, and it reaches the nearer end of the clot under the guidance of a suitable imaging technique. Suction is then applied, and the catheter is slowly withdrawn manually to pull out the clot.
Distal endovascular thrombectomy is an innovative approach to clot removal. The catheter tip, after reaching the clot, is traversed through the clot. An intricate meshwork is created in and around the clot from the tip of the catheter, which is then pulled out. Because the strands from the catheter tip are interwoven into the clot, it ensures the removal of the entire bulk of the embolus effectively.
Intravenous thrombolytic medications in combination with endovascular thrombectomy is the standard of care for emergency cases of embolisms. Due to the invasiveness of the procedure, the use of heparin should be avoided in cases where its performance is anticipated.
Reviewed by Liji Thomas, MD.