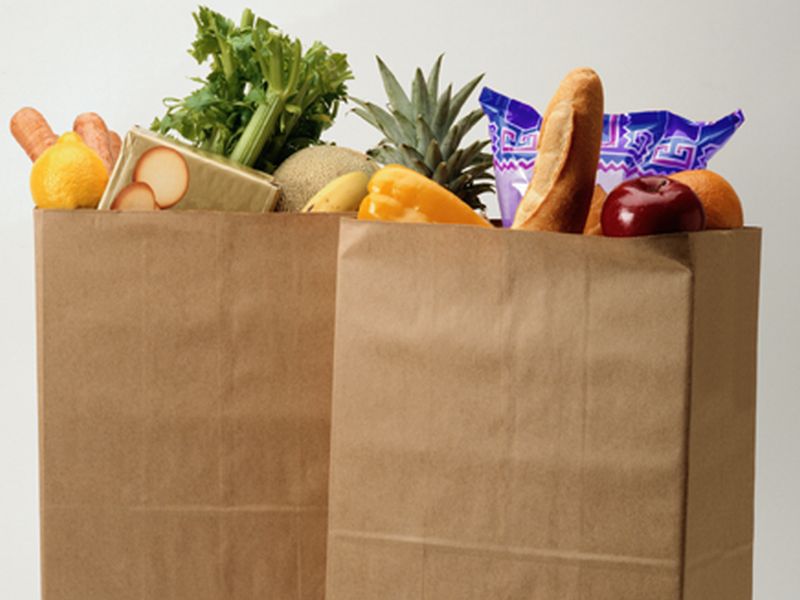 TUESDAY, Nov. 21, 2017 (HealthDay News) -- Though foodborne illness can put a quick end to Thanksgiving festivities, that need not be the case, food safety experts say.
That's because ensuring that homemade holiday meals are not only delicious but germ-free is within the grasp of not just experienced chefs, but rookie cooks as well.
Food safety starts while you're grocery shopping for ingredients, said Brian Ulshafer, executive chef at Penn State Health's Milton S. Hershey Medical Center.
For instance, "keep any raw meat or seafood away from other foods in the cart," Ulshafer said in a medical center news release. "You don't want to put a raw turkey on top of your lunchmeat."
Keeping cold foods cold and hot foods hot is also essential when it comes to preventing foodborne illnesses such as salmonella, E. coli and listeria. Bacteria grow quickly at temperatures ranging from 40 to 140 degrees Fahrenheit.
"Bacteria can double in a 20-minute period, so that's how fast it can grow," Ulshafer said. He noted that people can get very sick or even die from foodborne illnesses. Roughly 1 in 6 Americans gets such infections each year, according to the U.S. Centers for Disease Control and Prevention.
Symptoms of a foodborne illness may include:
Sometimes, the warning signs of a foodborne illness are confused with those of a stomach virus, Ulshafer said. Anyone who experiences severe or prolonged symptoms should seek medical attention, he advised.
To prevent this misery, cooks should wash their hands frequently. Raw foods should always be kept on separate surfaces. Countertops, cutting boards, bowls, platters, knives and other utensils should be cleaned routinely during all stages of meal preparation.
However, there's one exception to the "wash everything" rule: raw poultry.
Thanksgiving turkeys should not be washed, advised Marianne Gravely, a senior technical information specialist with the U.S. Department of Agriculture's meat and poultry hotline.
"I know a lot of people are horrified by that," she said. "Washing isn't going to make it safer because there will always be some bacteria left. The cooking is what will kill the bacteria."
She explained that trying to rinse off raw poultry can inadvertently splash bacteria around the kitchen. The best way to prevent contamination is to open the turkey in the sink, allowing juices to drain. Then transfer it into a nearby roasting pan.
Gravely added that frozen turkeys should be thawed in only one of three places: in the refrigerator, in cold water, or in the microwave.
Those planning to thaw a large turkey in the refrigerator should allow about a day for every 4 to 5 pounds of poultry. Once thawed, the turkey should be cooked within two days.
A frozen turkey can thaw more quickly if placed in a sink of cold water, with the water replaced every 30 minutes. This method takes about 30 minutes per pound of poultry. Once thawed, the turkey should be cooked right away.
If a turkey is defrosted in the microwave it should be transferred to a hot oven immediately so the cooking process is not interrupted, according to Gravely.
Even when all safety precautions are taken and a turkey looks golden and delicious on the outside, use a food thermometer to confirm that it has reached an internal temperature of 165 degrees Fahrenheit in the thickest part of the breast, wing and thigh.
Stuffing or casseroles that contain eggs or milk should reach at least 165 degrees F.
As for Thanksgiving leftovers, be sure they're packaged and refrigerated within two hours of being served. Otherwise, throw it away. Using small, shallow containers can help dishes cool down quickly to prevent the growth of bacteria. Leftovers can be kept in the refrigerator for up to four days or put in the freezer.
Also, don't pack your refrigerator with too much food. Air circulation is needed to ensure that foods remain below 40 degrees Fahrenheit. Ulshafer recommended limiting groceries to essential items leading up to the holidays to save kitchen and refrigerator space.
SOURCE: Milton S. Hershey Medical Center, Penn State Health, news release, November 2017
HealthDay
Copyright (c) 2017 HealthDay. All rights reserved.
News stories are written and provided by HealthDay and do not reflect federal policy, the views of MedlinePlus, the National Library of Medicine, the National Institutes of Health, or the U.S. Department of Health and Human Services.