A new study conducted at the University of Freiburg suggests that three-dimensional (3D) folding of the DNA reorganizes itself during differentiation of pluripotent stem cells to cardiomyocytes. 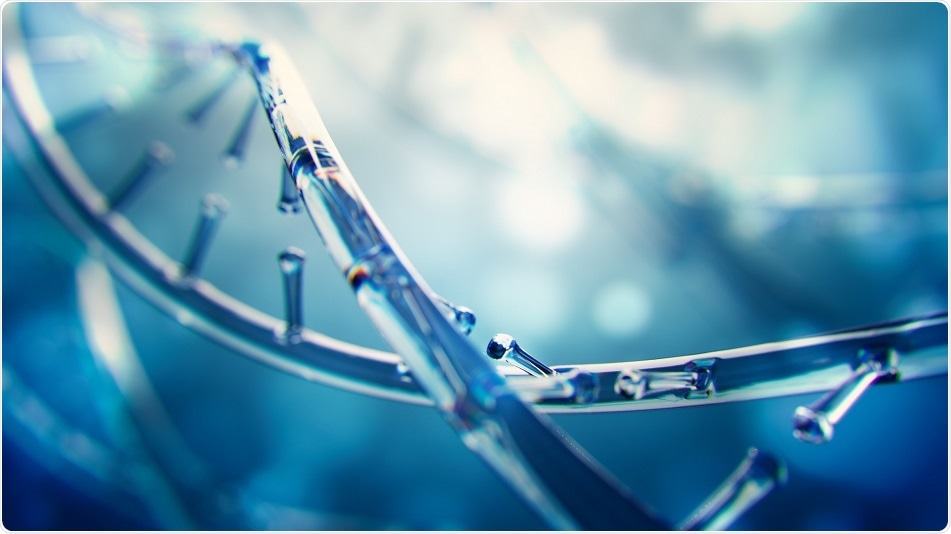 Credit: Egorov Artem/ Shutterstock.com
According to Dr. Ralf Gilsbach and Stephan Nothjunge who led the study, this reorganization precedes and explains vital epigenetic patterns.
The study, published in the scientific journal Nature Communications, indicated that the spatial organization of the genome is a vital switch for defining cell types, and can thereby symbolize a very promising start for reprogramming strategies in the future.

Information on the development of an organism is stored in the genome. This information is carried by each cell in the DNA strand, which is closely packed within the nucleus of the cell. Access to the ‘blueprint of life’ is controlled by specific epigenetic mechanisms. The epigenome is a key factor to determine the cellular identity, as each cell type in a mammalian organism needs access to genomic areas in a tempo-spatial specific method.
Association of numerous epigenetic mechanisms with cell differentiation was previously known, in which the methylation of DNA is indispensable; here, the methyl groups are attached to specific nucleotides inside double-stranded DNA.
Even though recent studies have indicated differentiation processes as accompanied by a reorganization of the 3D folding of the DNA, the order of the mechanisms—DNA methylation and reorganization of DNA folding in the cellular nucleus—during cardiomyocyte differentiation remained unclear. The scientists were also unclear if these mechanisms were interdependent.
The researchers of the current study, in order to address this question, made use of modern sequencing methods that enabled mapping of 3D genome organization and epigenetic mechanisms during cardiomyocyte differentiation throughout the genome.
In the study, the researchers implemented methods for isolation of cardiomyocytes in several developmental stages from the hearts of healthy mice. The comparison of these stages showed that the type of spatial folding of DNA determines the pattern of methylation formed and the genes to be activated.
According to the findings, the DNA’s spatial arrangement is independent of DNA methylation with cells, when compared with those stages that lack DNA methylation. The 3D genome organization is thus considered as an essential switch to determine cellular identity.
The researchers further aim to use this switch to control cellular functions.
Source:
https://www.alphagalileo.org/ViewItem.aspx?ItemId=181173&CultureCode=en
Publicado por salud equitativa en 7:39